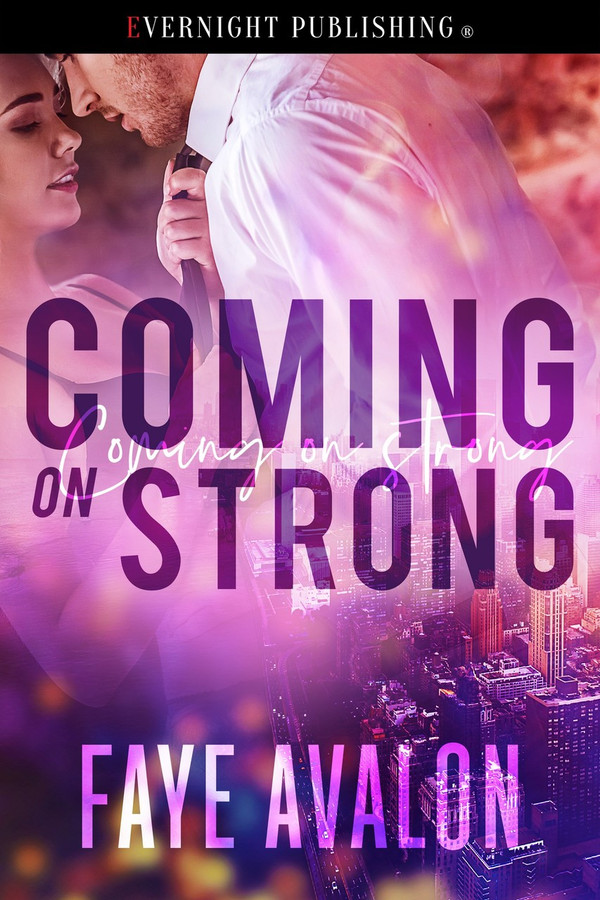 Lexi McKenna nursed a crush on James Mallory since forever, but he was the bad boy who never looked her way, except to protect her. Until the night she turned eighteen, and he noticed her. But just when things were getting interesting James called a halt, crushing her teenage heart. Seven years later she’s finally in a position to make him finish what he started. And this time she’s not taking no for an answer.

As a professional escort, James Mallory has learned to separate sex from emotion. He’s made himself into a sophisticated lover adept at pleasing his clients, but dark memories haunt him and bad blood still flows in his veins. So while Lexi seems determined to tempt him, there is absolutely no way he intends on dragging her down to his level.

But Lexi has other ideas, and faced with her considerable seduction skills, just how long can James hold out?

Staring at the woman on the other side of the threshold, James Mallory felt his first real trickle of apprehension since he’d left the military behind a little over a year ago. He hadn’t known his next step then. He didn’t know it now.

He swallowed, trying to ignore the sultry quality in her blue eyes, the flushed cheeks, moistened lips, and, damn it to hell, the low-cut dress that left precious little to his rapidly overheating imagination. “Just what the fuck do you think you’re doing?”

Did she actually thrust those deliciously plump breasts for effect? “I’m opening my apartment door to my date for the evening. Are you coming in? Or would you prefer to wait out there in the hallway while I get my coat?”

He had no inclination to do either, but since he didn’t relish their conversation reaching the prying ears of neighbors, James walked into the freaking lions’ den.

She stepped back, a slight smile on her red-lipped mouth, and closed the door behind him. “Can I get you a drink? I seem to recall you enjoy a beer.” Her seductive gaze slipped over him. “Although I’m thinking a man who wears designer suits and Italian leather shoes probably has more discerning tastes these days. Am I right?”

“Cut it out, Lexi. It’s a dangerous game you’re playing.”

“It is? I wasn’t aware I was playing any sort of game.” Her sashaying hips declared otherwise, as she sauntered past him toward the little kitchenette. Reaching into a cupboard, she took out two crystal glasses. “All I did was hire an escort for the evening.”

“The escort-plus package,” he said through gritted teeth. “Don’t pretend you don’t know what that means.”

She smiled in a catlike way, reminding him that she was no longer the naïve, sweet, little eighteen-year-old who had nursed a crush for him, but a woman in her twenties who seemed to have it all figured out. She had no freaking idea.

“Well, how could I deny it?” She put the glasses on the counter and reached into the refrigerator. “Considering I’ve temped at the Talbot Agency for the last two weeks.”

“Exactly,” he said, watching her pour the wine. “It’s unethical to say the least. Hiring me when we’re both employees.”

That cat-smile again. “Not anymore we aren’t. My assignment came to an end last night.”

She came around the counter and handed him a glass. “Why don’t you sit down? We can catch up, seeing as you’ve largely avoided me for the last couple of weeks. For the last few years, come to that.”

Damn sure he had. He wasn’t about to open up cans of worms now so old rust had formed around the edges.

Lexi sat on one of two sofas and patted the cushion beside her. When he chose the opposite sofa, she smiled again. “Are you like this with all your clients?”

“You’re not a client.” Because his throat was burning, and because she’d crossed her legs and her skirt had risen up to reveal milky thighs, he took a healthy swig of his drink.

“I’ve paid in full,” she said and took a sip of her own drink. “That means you’re mine for the evening.”

Thrown off balance, James determined to take back control and show her nothing had changed in the past seven years. “I get to choose who I spend the evening with.”

“And you’ve never once refused an assignment. I checked your file.”

She was right, of course. He’d never refused a client. Undoubtedly, one of the reasons the Talbot Agency held him in such high-esteem, and why he was earning the big bucks. He didn’t care much what he was requested to do, or with whom. He’d learned that sex was best kept on a purely physical level. Cold. Emotionless. Vacant.

He narrowed his eyes. “As a temp you wouldn’t have had clearance to check personal files.”

“It’s common knowledge,” she acceded. “You’re known for your professionalism. So, I’m sure you won’t want to break your exceptional record and tarnish your reputation, and that of the Talbot Agency.”

Little minx. She knew damn well that would hit home. He’d worked long and hard to become the man he was now. “What’s going on?”

“Like I said. I need an escort for the night.” She sipped her wine again, licked her lips, all the while watching him. “And at the end of the night, I want to get laid.”

Lexi hires James to be her escort for the night but their history makes things … complicated. Can they work out past mistakes or is moving on their best course of action? ​ Lexi is my hero. She knows what she wants and what she wants is James. She going to get him too, even if she has to hire him to be her escort for the evening. She also orders the escort plus package. She is awesome! I like her attitude, her vulnerability, her backbone. She is just so damn awesome! James is harder to pin down. He doesn’t come across as a bad boy or flirty. He came across as downright mean sometimes. Once he gives in to the romance they do mix more sweetly. The sex is definitely hot and that ending is super satisfying.

What makes a man become an escort? And James is soooo good at it. But Lexy wants more and she&#039;s determined. Oh, man is she determined. James has met his match! I loved the tension between these two and how both of them have deep emotional ties, even if they won&#039;t admit it. A sexy read with a lot of emotion to back it up.