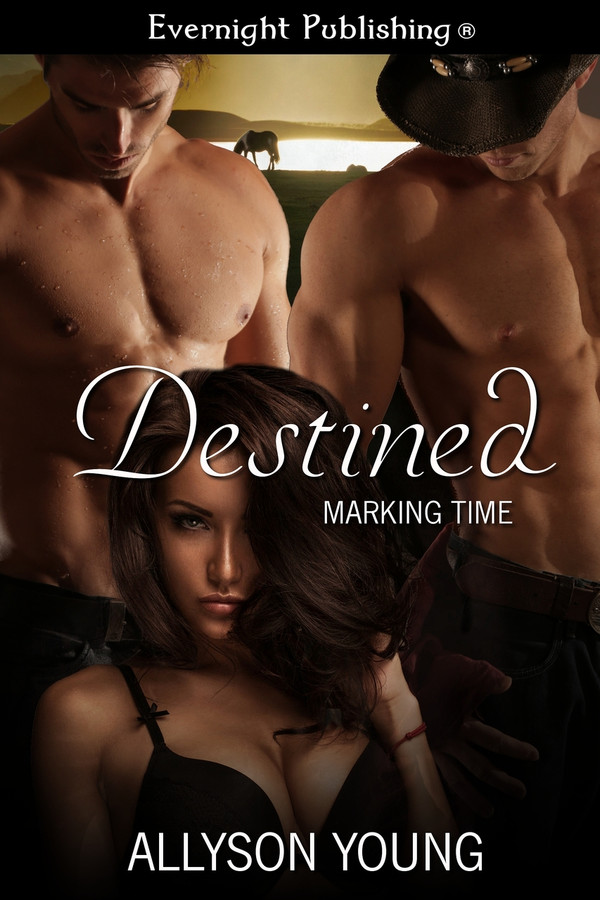 Craig and Ashton Russell practice ménage. They are honorable men who’d never compromise a woman, especially their foster sister, no matter that she is finally home from college. Despite how much they have missed her.

Sinclair Renton grew up several years behind the brothers, most certainly never regarding them as siblings. And, being well aware of their sexual predilection, of late she has set out to convince them she’s the one woman they need.

Fearing how others would judge her, Ashton and Craig refuse to acknowledge any physical attraction for Sinclair. They reject her, and she believes they’ve chosen another woman in her stead.

Devastated, her plan in shambles, Sinclair leaves, unable to imagine the men she loves with another. Shocked into admitting their true feelings to each other, the brothers try to pick up her trail. Can they capture Sinclair, bringing her home into their love and their hearts, where she belongs? Or is it too late?

First let me tell you how sorry and embarrassed I am to have burdened you with my unreciprocated feelings this morning. I take full responsibility for misinterpreting anything. It will be impossible for me to stay here and complete my practicum, given your future plans—I apologize for eavesdropping, too—so I thought it best to move on.

Thank you for all you have done for me, especially since your parents died. I can never hope to repay you but offer my most sincere wishes and hopes for your future happiness.

Candy is giving me a ride, and I will keep in touch with her. Please do not worry.

All the very best from your foster sister, S

Ash’s fingers folded in on themselves to make a tight fist, the paper crushing with a rustle and crumpling sound. Not bothering to sort out the cacophony of emotions rolling over him—if he could even label any of them—he turned to Craig. “Get in the fucking truck. And find Candy’s number.”

They shouldered through the front door and across the veranda, the old wooden boards shuddering beneath their feet. Craig tossed the remnants of his sandwich out onto the dirt, and the two yard dogs were on it in a heartbeat, their growls mimicking the ones emanating from his own mouth. His brother shook the car keys, a muted jangle, before stuffing them in his pocket.

Neither one of them spoke as they clambered into the truck and Ash turned the motor over with an unnecessary stomp of the accelerator. With a flourish of spraying dirt and gravel, he wheeled onto the road fronting their property and barreled up it toward town.

“I fucking lived for those holidays when she came home from school. Lived for them. I missed the living shit out of that girl. And those phone calls, having to be careful with what I had to say, hating it when she said goodbye. Each and every fucking time.  Even got up early to check my goddamn email so I could figure out what to write when I replied so she didn’t think I was stepping outside of my brotherly role. Shit!” It was high time he was honest. It was high time he was honest. He didn’t view Sinclair as his sister in any shape or form, and people who viewed ménage as kinky and wrong could go fuck themselves.

Craig was fussing with his phone, but Ash could feel the waves of emotion coming off him, not to mention the muttering under his breath that spoke to finding a certain little hoyden and teaching her what was what. His brother was obviously way ahead of him. Then a feminine voice filled the cab. Speakerphone.

“It’s Craig Russell. Where is Sinclair?”

After a short pause, Candy replied, “Why, Craig, honey. Did you misplace someone? Someone of importance, perhaps?” The sweet venom in the woman’s voice sent a chill down Ash’s spine. Women were so good at innuendo, although Sinclair didn’t play games.

“Candy, I’m asking this once, and then we’re coming to your shop and making you wish we hadn’t.”

“And you think my daddy and my brothers would appreciate that, Mr. Russell?”

The cab echoed with Craig’s breath as it gusted forth, and he sucked another one in. “Candy, I don’t give a shit if the army appreciates it or not. Sinclair is not running away from us. Where is she?”

Now with a hint of amusement coloring her tone, Candy said, “You figured it out?”

“I did. We did.” Craig’s jaw was set hard, and Ash knew it mirrored his own.

“Almost there,” he murmured.

“Don’t bother, Ashton.” Candy spoke quietly. “You keep straight on and follow that Greyhound. Sinclair will be transferring at the next town if she’s gonna make Canada.”

“Canada!” Ash shouted, despite himself. “What the fuck’s in Canada?”

“Don’t know, other than it’s away from you two. Who broke her heart and then ground her pride into the dust. And with Melinda Roberts of all things.”

Ash didn’t think calling Melinda a thing was a grammatical error on Candy’s part, but he didn’t dwell on it. Instead, he indulged in a quick connect-the-dots moment and recalled the earlier conversation and Sinclair’s penchant for eavesdropping. Their little wench thought he and Craig were going to take up with the bitch again. He groaned.

“Melinda has nothing to do with this—or us,” his brother interjected, clearly having put two and two together as well.

“Then good luck. I won’t call her to warn her. And you make it good or I’ll have lost my best friend, snitching on her. You understand me?” Candy’s voice cracked, and despite his fury with her for aiding and abetting, Ash reassured her.

“You don’t have to worry, Candy. Swear.” Whoever ended up with that little blonde spitfire was going to be led a merry dance, and Ash hoped he could help out with some of the steps.

She clicked off on what sounded suspiciously like a sob, and he risked a quick glance at Craig, who shook his head. “Don’t know, Ash. I’ll never understand women. Except in the bedroom. Now there I excel, if I don’t sound immodest.”

Knowing the direction to Sinclair, Ash’s spirits lifted a tad, and he forced a brotherly response. “You learned from the best.”

Although this story is short, it&#039;s a great beginning to this world. Sinclair is young but she knows what she wants, which is the love of her foster brothers Ashton and Craig. They are older and are at war with thinking of her as the little girl they helped raise versus the woman they want to love. The guilt pushes her away and when they are confronted with the possibility of losing her, they resolve their feelings for her and race to find her. Another great book from Allyson Young and I&#039;m looking forward to reading the next in the series, which comes out soon.