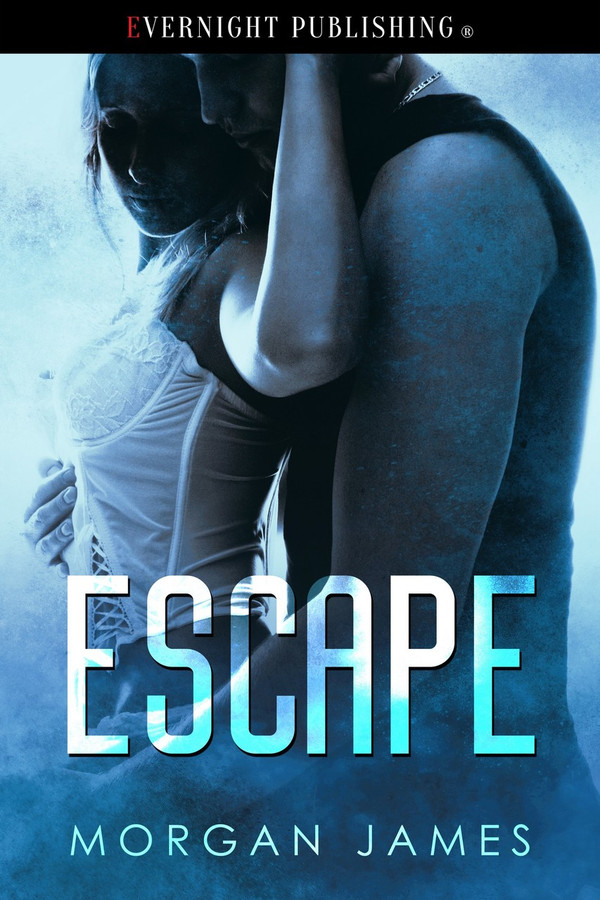 After a terrible accident leaves ex-Army veteran Michael Donovan scarred both inside and out, he returns home to recover and reevaluate his life. His world is turned upside down when a chance encounter brings him face-to-face with Eve Walsh, a woman he’s desired for years. Suspicious that she’s hiding something but wanting to help, he offers her a safe haven.

Far away from New Orleans and her abusive ex-boyfriend, Eve has finally begun to move on with her life—but he’s not willing to let her go without a fight. He shows up one morning in the small diner where she works, and Eve again flees—this time straight to Michael.

As danger closes in, chemistry blazes between Eve and Michael. When their newfound relationship is threatened by old insecurities, they are forced apart and Eve is left alone to face her greatest fear of all.

The woman walked around the car and his groin tightened in appreciation. Her loose white blouse billowed away from her body in the slight breeze, and her capris stopped just below her knees. She was dressed primly, almost business-like, but he could tell even from here that she was gorgeous. And that ass. Perfection. She opened the passenger door and retrieved something from the floor board, then made her way to the front door.

Probably pamphlets, he thought to himself as he rolled his eyes. Take a hike, Lady. God and I don’t exactly see eye-to-eye these days.

Fortunately, he’d had the foresight to have an intercom system installed for this reason alone. He didn’t want to see anyone, didn’t really even want to talk to anyone. He could just push a button from the comfort of this chair and tell everyone to go fuck themselves. He smiled in a sort of twisted satisfaction when the buzzer sounded a moment later.

“Yeah,” he barked into the receiver. He knew he was being kind of an asshole to this poor, unsuspecting woman, but his bad mood was spilling over now and he just couldn’t rein it in. The woman was silent for so long it started to grate on his nerves. “What do you want?” He growled.

Michael didn’t hear the rest. He vaulted from the chair, stumbling down the stairs as fast as his bum leg could carry him.

She was still stuttering into the intercom when he wrenched the front door open, and her big blue eyes widened as they locked with his, her full lips parted in surprise.

Holy Jesus. It was her.

After leaving New Orleans, her fledgling career and a seriously toxic ex-boyfriend behind, Eve returns home determined to make something out of her life. She certainly isn’t looking for another relationship, but Michael Donovan had been her childhood crush and he was even more tempting now as a grown up man. After being medically discharged from the Army, Michael was scarred – inside and out. Life hadn’t turned out as either of them expected, but Eve and Michael still held a fierce attraction for each other, and when Eve’s ex turns dangerous they need to rely on each other more than ever before. I found this to be a sexy and lovely full length story. I was really pleased the author took her time to introduce both Michael and Eve’s characters and explain a little of where they were in their lives before throwing them together and watching their chemistry sizzle. I found both Eve and Michael to be completely relatable – Eve having left her home years earlier for a career and to make her own way, Michael having joined the Army and wanting to serve his country and fellow people. The chemistry between the two of them sizzled, but I really enjoyed how it was clearly not merely a physical thing. Eve and Michael had known each other through their childhoods, and while they’d both been on different paths neither had escaped the notice of the other. So when they reconnected again so many years later and both were in a place to help and support the other it was only natural that their old feelings would resurface. The conflict and tension in this story mostly revolved around Ian – Eve’s abusive and dangerous ex. While this aspect of the plot was fairly predictable to my mind I still found it very well written and a strong asset to the story as a whole. I thought the author did a good job balancing enough details of the abuse and over-possessiveness Ian wielded over Eve without tripping over that invisible line and being too much to stomach in a sexy romance story. I feel that there was enough description and explanation of how Ian had mistreated Eve to fully support and justify her fear of Ian and running from him, without being too graphic to lessen my enjoyment of the romance or make it not believable that Eve would be ready or emotionally in a position to open herself to another romance. I really feel the author did a great job in this respect and the pacing of the story coupled with the conflict in the plot and the attraction between Eve and Michael all balanced out to make this a really solid, interesting and sexy read. One of the best aspects of this being a long, full-length story is that the romance had time and plenty of space to unfold and blossom at its own pace. While readers looking for an intensely sexual, heavily erotic story might find the romance/sexy pacing a little too slow, I found the long-burn approach to be exactly right given the length of the story and Eve’s previous relationship and personal situation. I also usually enjoy a gradual build up with plenty of chemistry before the sexy shenanigans begin and this story really delivered in that department. When Eve and Michael finally hit the sheets there’s plenty of sensuality in it and I feel romance and erotica readers should find it very satisfying – but for me personally it was the emotional and deeper connections between Michael and Eve that really made the romance so special, the sex was just a great bonus. With complicated emotions, interesting and layered characters and a solid – though somewhat predictable – plot I found this to be a really great romance and overall story. I’ll definitely be checking out more of this authors work in the future.

I loved this book! It’s a little racy! Can’t wait to read more from Morgan James

Death Do Us Part by Morgan James