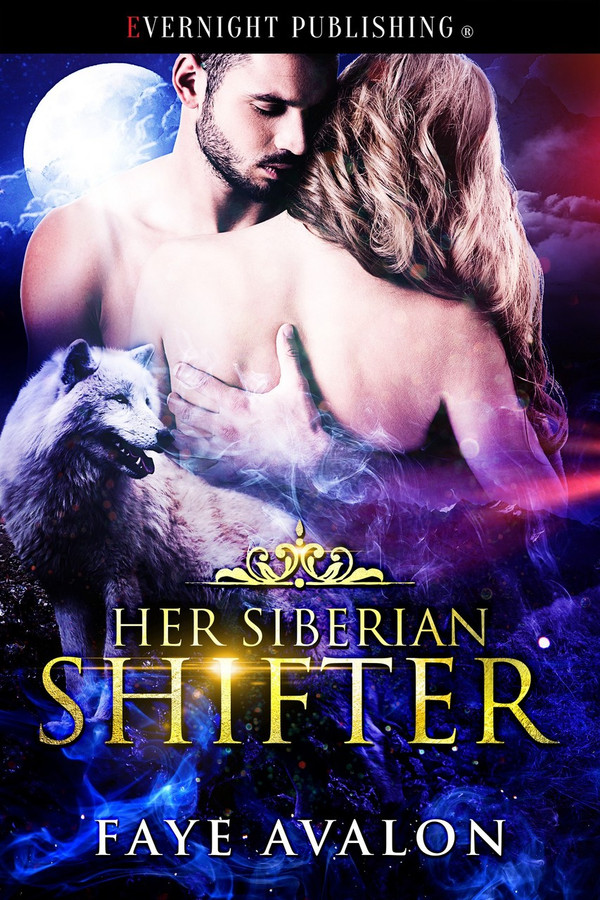 Late one night, Connie Duncan sees her lover transform into a wolf. Discovering he has the ability to shape-shift is terrifying enough, but when she runs from him she soon discovers that he is searching for her and that when he finds her he doesn't plan on letting her go.

Tor Vladimir intends to use every tracking skill he possesses, both as man and wolf, to find the woman he wants. She ran without giving him the chance to explain what she saw. But there is no place for her to hide. Not from him. She is his, she belongs to him, and he'll do whatever it takes to convince her of that. Even if it means holding her captive until she comes to her senses.

“Ouch. What was that?” She enjoyed being swatted on the ass with his hand, but they’d never progressed to the use of objects.

He turned her head back when she tried to look around. “The only words I want to hear from your lips right now are how much you’re enjoying what I’m doing to you. Do you understand, my sweet?”

Since whatever he was using landed on her ass again, a little sharper, harder this time, Connie wasn’t sure she’d be capable of much in the way of conversation anyway. She was ridiculously wet and could barely hold herself up thanks to the boneless feeling in her legs.

She kept her eyes on the bureau drawer in front of her. “Yes.”

Another slap with the object, a ruler Connie realized, and then he used his hand to smooth her smarting flesh. “Spread your legs wider,” he said and used the ruler to nudge her inner thighs apart.

Feeling immensely exposed, and so incredibly turned on, Connie wished that Tor would get rid of his clothes and just be inside her. She ached for him, her intimate muscles pulsing with desire and need. She wanted to feel him, to touch him, to wrap her arms around him and hold him close. She wanted his warmth, his scent.

He dropped the ruler to the floor, coming up behind her. “Do you feel me?” he rasped, pressing his erection tight against her ass. “Do you feel my cock throbbing to be inside you?”

“Not yet. I want to play with you some more.”

Her pelvis clenched painfully. There was obviously a downside to sharing a whole weekend with Tor, to being just the two of them with all the time in the world. He could use that time to toy with her, make her wait, no doubt giving her multiple orgasms before they hit the main event.

She hit her first orgasm when he wrapped an arm around her hip and slid his fingers inside her again. She bucked, moaned, and helplessly surrendered as the sensations rocketed through her. While she swam in the after-effects, Tor lifted her into his arms and carried her across to the bed.

His eyes glittering, his breath coming in uneven bursts, he laid her down on the duvet, spread her legs wide and settled between them. Hooking his hands beneath her knees, he raised her up and lowered his head.

The first touch of his tongue to her heat always triggered a chain reaction that sent fire shooting through her whole body. Like fireworks. Like blue touch paper set alight at one end and burning through the whole length until it made the rocket explode.

He toyed with her, giving her only the very tip of his tongue. Her complaints only got her his withdrawal, and he sat up on his knees and looked down at her through sensually hooded lids. She was a quick learner, and remained silent, although she couldn’t help twisting her hips in the hope he would resume his delicious ministrations.

He did. And this time he pushed his tongue in deep before retreating, then deep again.

Connie enjoyed her second orgasm, her hips coming away from the bed in the hope of finding some escape from the relentless torture of Tor’s expert touch.

But he wasn’t done with her.

Connie Duncan isn&#039;t convinced. When she accidentally learns her employer-turned-lover Tor Vladimir is a wolf-shifter she wants nothing more than to run away from him, and his relentless pursuit of her across a continent only proves he will never stop, never surrender, nor ever be the man she thought he was. Once caught, will she ever escape him again? This story hooks you from the start, as Connie hides from Tor in the backstreets of Milan, Italy only to come face to face with him just as she&#039;s preparing to make a break for it. What follows is an exploration of their unconventional relationship, their true feelings for each other, and the ins and outs of how an unwilling wolf shifter came to be and how he manages the hand fate has dealt him. It takes some convincing, and some TLC, but when these two finally get close their encounters are smoking hot and satisfying, especially against the backdrop of Tor&#039;s magnificent mountain retreat. Who wouldn&#039;t feel the call of the wild in a beautiful, isolated setting, virtually marooned with a sexy hunk of a man who is part wolf? But for a pair that is inevitably fated to be together, Connie and Tor appear very conflicted toward each other. Connie&#039;s endless internal rationalizations about her situation get a bit tiresome, and both characters&#039; flip-flopping between love and hate is as frustrating as watching the petals being plucked off a daisy. However, what&#039;s love without its challenges? While they can&#039;t change what they are, in the end both must change a little to make it work, and find that happy ever after. That&#039;s true whether you&#039;re wolf or human! A love story to really sink your teeth into!