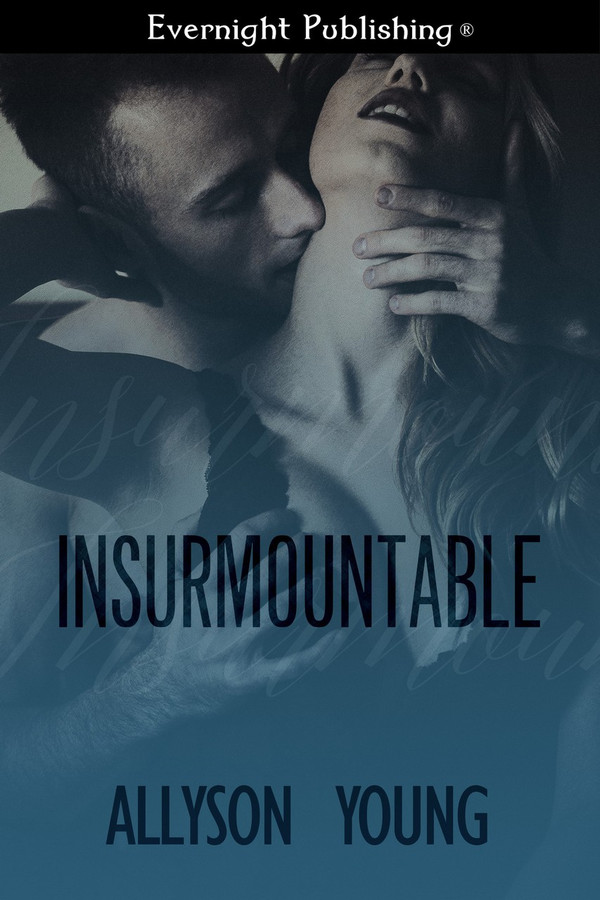 Kidnapped because of her father’s wrongdoings, Bianca Fontaine is interrogated by a man she has no reason to be drawn to. Who falls for their kidnapper anyway? Especially an arrogant, hard man who is bound by duty yet with those intriguing possessive and nurturing qualities he hates to show. Having learned the truth about her mother’s disappearance, her reality is suspect, except for the one constant—her kidnapper Ellis Valiant.

Ellis Valiant is indeed a hard man. Yet after the negative impact he’s had on Bianca’s world, he sends her away, rather than make it worse. But when he finds her next, exploring her submissive side in the sex club fronting for his organization, his noble efforts fall by the wayside and he steps up as her Dom. Except Ellis harbors a secret, an insurmountable one, and Bianca will surely come to hate him when it comes to light.

Pushing her into the back seat of the closest SUV, his big hand on the crown of her head, between it and the door frame, invader number one climbed in beside her. The man who said she was worthless as a hostage got in behind the wheel. Scrambling across the leather surface, she huddled against the door, wondering if she might throw herself out and make a run for it. But where? There was no ally in Mrs. Doucette and they’d probably shoot Max in retaliation. She prayed the housekeeper would care for him as she promised. The older woman had never been anything but kind to him, but then she’d been kind to Bianca too. Bianca chewed the inside of her cheek. Maybe her father would get Max back when he ransomed or came for her. She had to hold onto some kind of hope of rescue, maybe before things happened to her. Anybody with money at her schools was versed in possible kidnappings, and the lurid tales left a vile taste in the back of her throat.

The man beside her pulled off his hood, running his fingers through flattened hair. Bianca stared. She knew she was staring, but was incapable of doing anything about it. It was like looking at a carefully sculpted face of a Roman god. High cheekbones, deeply set golden eyes framed by a thicket of black lashes under dark brows, incongruous with the thick blond hair curling to his collar, and a chiseled set of lips. The door shut, plunging the vehicle into relative darkness as its light extinguished, depriving her of that rock star visage. Of a killer.

His deep voice retorted, “It’s not like Fontaine doesn’t know who crashed his party, Dave.”

Over the grind of the ignition she heard the driver mutter, “And it’s not like she’s ever going home.” A shadow of fabric passed in front of the muted lights from the dash instruments for a moment as he too pulled off his mask, tossing it aside. Her chances of surviving this just narrowed from fifty to zero percent, and she desperately needed to pee.

They drove in silence, the other vehicles falling in behind to form a convoy as they bumped through the ruined gates and gained the main road. Aside from their initial comments, neither man spoke, and she too remained silent. Her thoughts clamored to be heard but she couldn’t put them in any real semblance of order. Kidnapped. Check. They were going to make her talk about her father. Check. They planned to try to ransom her. Check. Except they didn’t think that would prove fruitful. Wouldn’t her father move heaven and earth to get her back? Except he wasn’t a family-first kind of guy … she didn’t want to understand the inference but accepted it was huge. Nightmare. Check. She concentrated on her breathing and drew on her reserves when she really wanted to scream the roof down.

“What’s with her, Ellis?” The driver finally spoke up. “She hasn’t said boo since she gave up the old man. Must be her father’s daughter, eh?”

Feeling his eyes boring into her, she turned inward. Ellis. An unusual name. Had she heard it before?

“Maybe,” answered Dave. “Most women would be crying and carrying on though. Can’t say I don’t like her reaction. Easier to put up with. Although there’s a ball gag in the dash.”

Ball gag? She bit her lip and swallowed convulsively, an action so awkward it hurt her throat.

Despite herself, she jerked when Ellis used her name. Had she really thought they wouldn’t know it? Especially when they seemed well apprised of other things involving her father. A thought right out of the blue struck her with the same impact as a blow to the face might. Did they know where her mother was?

“I expect an answer, little one.” The velvety threat wove through his voice.

She shook her head, not trusting her voice. His hand grasped her upper arm and dragged her closer. His scent overwhelmed her, leather, gun oil and male. “Answer me. Are you plotting?”

“No,” she whispered. She stared into his face, the flood of lighting from the other cars’ headlights giving him a faintly demonic look. Had Mike seen that look in his eyes before this Ellis struck him down?

He released her with a slight smile. “Good. Then I’ll leave you to it. If you try to escape you’ll be punished.”

Easing back, building distance between them, Bianca tried to get her shakes under control. So far he hadn’t hurt her, despite his obvious ability to do so. She decided not to think about what this Ellis meant by punishment, and instead considered what might lay ahead if she cooperated. They seemed professional, like her father’s bodyguards, although surely Mike had taken a stupid risk—and paid for it. She didn’t particularly care for the man, but now tears pricked. His sacrifice had been for naught. She could hope they would treat her like a valuable commodity—until she wasn’t.

Wealth and an affluent lifestyle surround Bianca but her only friend is her dog, Max. According to her father her mother “left” and Bianca is starting to understand her father earns his money in a less than legal manner. All this comes to a boil on the day she meets the man who will mean the world to her; if he doesn’t kill her first. Ellis met Bianca through her file and she intrigued him. When he met her in person she blew him away. Not yet 21, Bianca has a quality that calls to him on every level and he doesn’t know how to process it all. So he sends her away. He researched her, kidnapped her and questioned her about her father but can’t resolve how he can have her being the kind of person he is. Talk about heavy issues. There was very little contact between Ellis and Bianca for the majority of the book. The reader was led through the maze of both character’s musings and thought processes as they struggled with their respective issues. The story was very detailed, especially the close friends of Ellis at the club who eventually become Bianca&#039;s friends as well. And the workings of the BDSM club The Lodge the Council use as a front for their organization. While I never felt Bianca was in mortal danger, there was an edginess throughout the book about her precarious position. The end result was expected, but I didn’t feel any great love since the two had so little physical interaction. I anticipate more books revolving around The Lodge.

I loved, loved, loved this book. The blurb had me intrigued, and I’m so glad I picked it up. This is labelled as a dark romance, but I didn’t find it particularly dark, other than the subject matter. I have certainly read a lot darker. However, that aside, the author hooked me from the very first page as we jump straight into the action, and she had me enthralled until the very last page. I didn’t want the story to end, and I must say I am hoping for a sequel for some of the other characters introduced during the story of Ellis and Bianca. And what a story that was. Ellis is such a yummy hero, conflicted, honourable, and dominant… what’s not to like? I loved the way the author showed us his vulnerabilities and that he made mistakes like the rest of us. Such a believable hero. Bianca is an incredibly strong heroine, and I loved seeing her grow into and embrace her submissive side, which brings me neatly to the BDSM scenes. I’m always on the lookout for well written BDSM stories, and this one certainly qualifies. And then, there are the side characters, and the subplot of the Colonel and Sonja. No spoilers from me, but I so enjoyed those two. I will definitely be looking for more from this author. Just fabulous, go read it. You will not be disappointed!

The Payment by Allyson Young