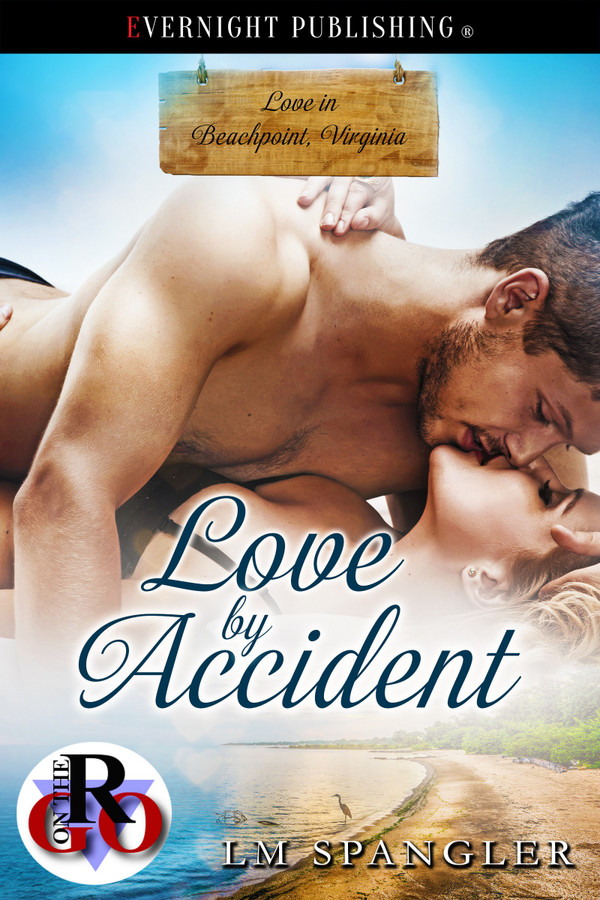 She wasn’t looking for love, but sometimes fate has a mind of its own...

Newly divorced Haven DeGrace had no intention of finding a new man, but an accident on a snowy road changed that.
Ford Mahoney had been her saving grace after her accident. After agreeing to meet for drinks upon his return from a west coast book tour, sparks flew. But, she had plans for her life and he wasn’t part of them.

Ford Mahoney watched the first woman who’d ever gotten under his skin walk out of his life. A chance meeting in the vacation beach town she’d moved to brings them back together. Sparks fly again and love flares to life.

Will they act on their mutual feelings or will they walk out of each other’s lives? Again?

“What am I doing here?” Haven mumbled to herself as she stirred her cocktail with the tiny little straw.

She had no idea why she’d agreed to meet Ford for dinner. Sure, they’d talked at least every other day for the past three months, but she’d just finalized her divorce. She’d only made it that long before accepting a date outside of her parents’ house. What kind of floozy did that? Her heart raced despite taking discreet deep breaths, trying to calm herself. The last thing she wanted to do was hyperventilate in the swanky French, five-star restaurant they’d chosen to meet.

She had come to enjoy their conversations while he was gone. For the first time, she realized she liked a man for his personality and the way he treated her. Not based on just looks. Asshole was one hell of a handsome man, but that’s where it stopped. Ford, on the other hand, had a beautiful heart and she appreciated that a lot more than Asshole’s good looks.

A small gasp passed her lips when a single red rose suddenly appeared in front of her. “The rose pales in comparison to you.”

She spun to face Ford, seeing him for the first time. Her eyes swept up and down his tall frame. The man was the hottest thing she’d ever seen on two legs. Sure, when she could see again, she’d looked him up after she found out who he was. But the pictures did not do the man justice. His dark hair was swept back off his face, accentuating strong cheekbones and his angular jaw. His dark eyes glittered in the dim light of the bar.

Haven rose, praying she wouldn’t tangle her feet. The five-inch heels she’d chosen to accompany her silver-sequined tank dress were treacherous to say the least. She hadn’t worn heels since her wedding. Mark had called them “come fuck me” shoes so they were strictly prohibited by asshole husband law.

His eyes did their own quick assessment. When they met hers again, his pupils dilated and his nostrils flared. Approval? God, she hoped so. Heat rushed her core—a reaction she hadn’t had in longer than she could remember. And it felt amazing.

He offered his hand and she slid hers into it. A flash of electricity sizzled between them, felt only by them. A small grin spread across his face and he nodded as if acknowledging that something was happening, something primal.

Haven’s stomach took flight on the wings of a thousand butterflies and she thought, This is what attraction feels like, what pure, unadulterated, animalistic lust feels like.

The connection was immediate. Undeniable.

She leaned into him. “I’m not sure I’m ready for you.” The words were whispered from her heart.

She tilted her head back, her eyes meeting his. “Yes.”

This is a second time love story. Haven is divorced and trying to plan out her life when she meets author Ford. Together the sparks fly but can they get over their pasts to save their future? This is a totally sweet, perfect for my mood kind of story! A car accident brings Ford and Haven together. Their romance is a slow sizzle that really builds up their growing feelings for each other. They have a push and pull of uncertainly with each other that is darling. I really enjoyed reading their struggles and triumphs. I couldn’t stop reading. I needed to find out how their happy ending played out. Let me tell you, that ending is so satisfying and sweet. If you’re looking for a short romance to sink into, Love by Accident is your perfect choice!