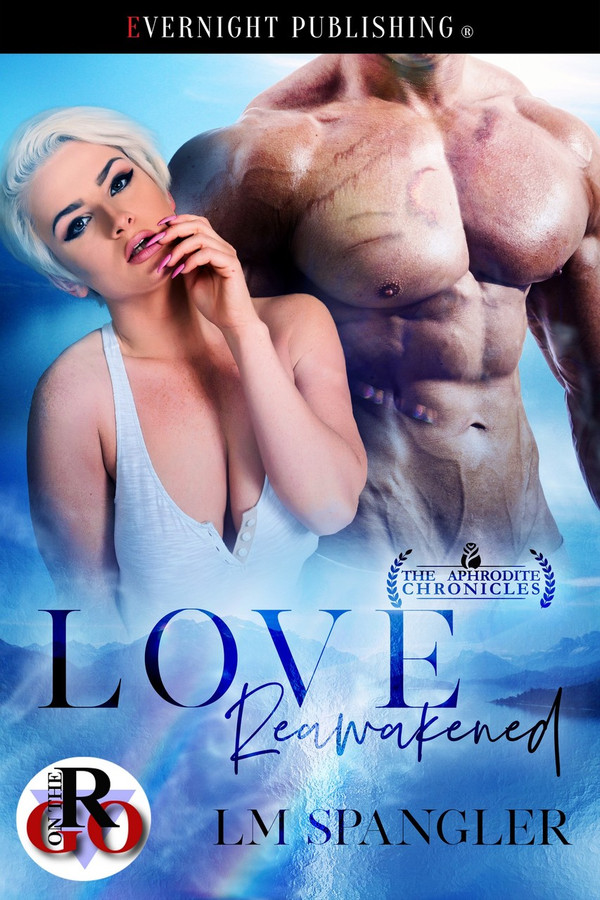 Drea Tate had loved and lost … and gained.

Having been told her lover died and her life was in danger, Drea left her home in the Appalachian Mountains of Pennsylvania to start anew in Cicada Lake.

Micah Bridges had been lured to Cicada Lake by the hefty bounty for catching a wealthy bail jumper.

Imagine their surprise when they meet in the small town’s only bar. And imagine Micah’s surprise when Drea drops a photo of a young boy who looks just like him.

Lies had torn them apart. Can they reawaken the love they once shared? And is there enough love to go around?

He stood and pulled her flush against his body. His mouth captured her in a brutal, soul-searing kiss before he lifted his head. “I love you.”

She rubbed the fingertips of her index and middle finger over her lower lip. “I love you, too.”

He grinned as the voices neared. “Good.”

The air around him began to swirl, becoming tornadic. The fire blew out and hot ashes rose, circling around him. Through the glowing haze, he saw her body blur then disappear into the whirlwind. She had become one with the gale.

Her alluring vanilla aroma—so enrapturing—blew away, making it impossible to follow her trail.

Knowing she was safe, he turned toward the brush as his uncle and cousin stepped into the small clearing.

His uncle lifted his nose and inhaled deeply. “So, your bitch eludes us again. No matter.”

His cousin threw his head back and laughed. “You won’t be alive long enough to worry about her anymore.”

“What do you mean?” the alpha-elect asked. Sounds of rustling underbrush signaled the approach of more people. His head turned from side to side. “What’s going on?”

His uncle smirked. “I should inform you that your father has met…” He paused for a moment. “An untimely demise.”

Anger rushed through the alpha-elect like a fireball. “He what?”

The rustling grew louder until four wolves stepped into the clearing.

“What the fuck is going on?”

“He’s dead. And soon you will be, too,” his cousin answered.

His uncle pointed and then all hell broke loose.

The wolves lunged. Claws slashed. Teeth bit. The alpha-elect was attacked on all sides. Pain tore through him as blood had begun to flow from multiple wounds.

Defenseless. It had happed so fast. He couldn’t fight back. He had his strength, but he was no match for four fully matured wolves. He fell to the ground and covered his head as the sound of growls and chomping jaws rent the air.

His life force started to waver. He’d lost too much blood.

He was going to die.

But his last thoughts weren’t of the unbearable, burning pain or betrayal.

They were of her.