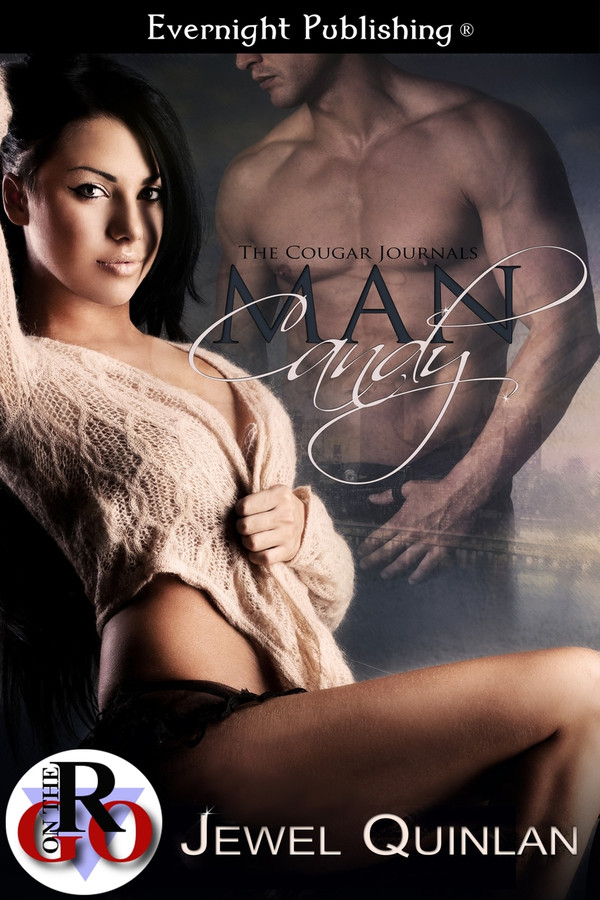 Commercial real estate agent, Ava Baldassari, is done with being a good girl. Recently having revamped her self-image, home, and wardrobe she finds there is one thing left that needs updating—her sex life.

She runs into her running partner, Cole, one night when she is out with a friend. A bit drunk, she flirts with him and is surprised by the enthusiastic response he gives back. Things reach a point where she has to make a decision whether or not to cross a line she never has before.

Ava is forty and Cole is twenty-five, is she really ready to become a cougar?

“I’ve been wanting to do this for a while,” he whispered in my ear, still pressed against me as he unzipped my dress.

Me too, I wanted to say. But I didn’t. I was adrift in the onslaught of sensation as he slid the fabric from me, trailing kisses down my back as it went. Making me aware as I never had been of how sensitive the skin there could be. When he reached the small of my back, he lingered, kneading my skin with his tongue and teeth. His hands ran down my legs and then back up to my breasts, and I savored the feel of his fingers. My breaths came heavier. I had been needing this for too long.

He rose and turned me toward him, towering over me. His cap was gone and his dark hair was askew, as though he had run his fingers through it, giving him that sexy just-woke-up look. I slid my fingers from the waist of his jeans, underneath his shirt, to his muscled back. The ridges of strength there were too tempting beneath my fingertips. How did he find the time to work out that much? I had to see with my own eyes. Fisting the hem of his shirt in my hands, I pulled his t-shirt up to remove it. Why should I be the only one standing here naked? With a chuckle, he complied, lifting the shirt over his head and flinging it away in the casual manner of an underwear model on TV.

Sure, I had imagined what he looked like with his shirt off, but the reality was ten times better. He had a runner build, but that was filled out with muscle. The planes of his chest were topped by strong shoulders and arms, which seemed to blossom over the lean ridges of his abdominals, creating a definite contrast. I couldn’t help reaching out and touching him. I ran my hands over his skin, tracing my way upward to the light coating of black hair on his pectorals. He leaned his pelvis into me, forehead on mine, his erection pressing into me, making me shiver with anticipation.

We were on the brink of something oh-so-good, and I was dying to plunge ahead. Yet, I hesitated. Questions burned in my mind. I tried to hold them back, knowing serious talk would ruin the moment. That lasted about two seconds before I gave in.

He lifted his head from mine and looked at me.

I cocked my head at him. “Did you just say you’ve been wanting to do this for a while?” Had he been scoping me out all this time, as I had him?

He nodded. “Who wouldn’t? Look at you. You’re gorgeous.”

I glanced down at myself. My ample bosom looked perfect in the black, lace push-up bra I wore, and the matching thong sat just right, low on my hips. I still had on my red heels, which added a lady-killer effect.

Then I glanced at him. The smoldering look he gave me trumped anything I observed on the physical plane. The messages coming from him on a subliminal level promised pleasure that made me squirm with heat.

“You know it’s going to be good between us, Ava,” Cole said.

I enjoyed this short, sexy story. Ava is in search of a man to fulfill her needs but does she want to find a younger one? Is she ready to release her inner cougar? This story made me hungry for some man candy! I received a free copy in exchange for an honest review.

I have read all of Jewel Quinlans books and enjoyed this one the most!, Cannot wait for the next in the series. Anyone looking for a good entertaining read this is it

Jewel epitomizes sexy sophistication. All the heat of romance with the exciting dilemma of being a modern-day cougar. Whoever thinks age difference is too controversial hasn&#039;t read it from her perspective. I can&#039;t wait to see where &quot;The Cougar Journals&quot; series takes us.