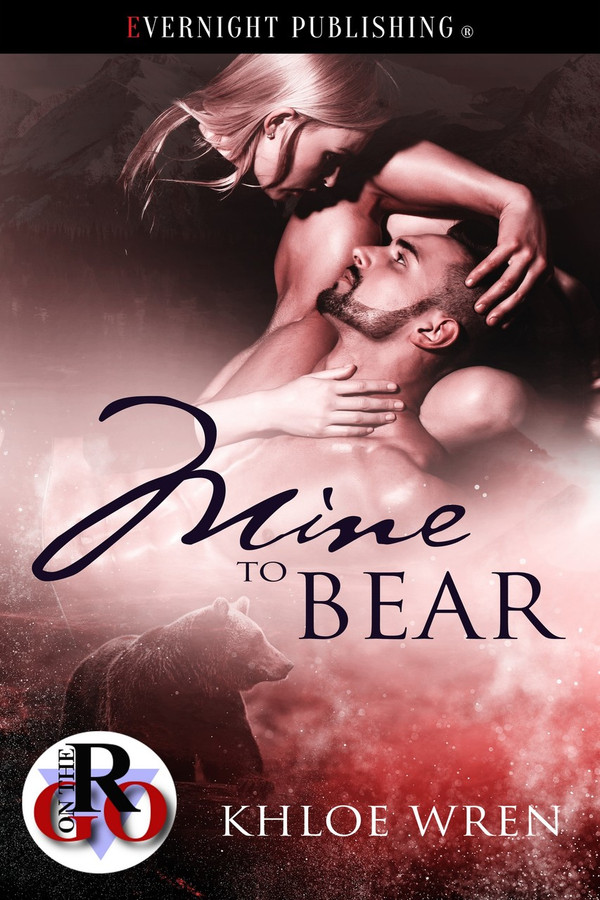 Jolie’s past isn’t pretty. Orphaned as a teen, she was given over to a monster who used her in every way he could. Now she’s grown. She finds a way to escape and is on the run.

Black bear shifter, Neo, knows Jolie is his destined mate. He also knows she’s running from something. But he doesn't know what. Not only will she not confide in him about what it is, but she also keeps resisting the chemistry that sparks between them.

Will she give in to her destiny before her past catches up with her and steals it away?

By the time I was buckled in and had the engine idling, his Harley was rumbling next to my car. A small sigh escaped my lips at how fine he looked on that big machine of his before I focused back on the road and getting home. The sooner I got us back to my place, the sooner he could put out this fire that was raging inside me.

Serenity wasn’t a big town so it, thankfully, only took a few minutes before I was pulling up in front of my little house. After turning off my engine, I went to open my door and noticed my hand was trembling. Why the hell was I nervous? We’d had sex at least a half a dozen times before. Nothing new was going to happen tonight. Well, except for the fact you invited him over to your house this time. I shut down that thought quickly and jumped out of the car before Neo could make it over to my door to help me out. Because he would. I knew he would. He was big and strong and looked lethal as hell, but he’d always been a gentleman with me. In the two months we’d been hooking up, he’d never once shown any aggression. No matter how many times I pushed him away or refused his advances, he never got mad. Surely that counted as a sign he wasn’t a violent man like my ex and foster father were?

“Need help with that?”

I heard the humor in his voice and felt my cheeks heat as I realized I’d stalled out at my front door.

“It’s been a long time since I brought a man home.”

Try never. But I wasn’t admitting that out loud. His strong arms slipped around my waist, pulling me back against his solid body before he pressed a kiss to the top of my head.

Ignoring the way my heart sped up at his words, I leaned forward—forcing him to loosen his hold—to slide the key into the lock and let us in. I was being stupid. It was just sex, the same as we always did. It was just this time it wasn’t costing him the price of a hotel room. As it occurred to me that it was always him that picked up the cost of the room, it dawned on me exactly how patient he had been with me. Hell, Trent wouldn’t have ever agreed to do what I’d forced Neo to do so many times over these past months, not even once. No way. Yet Neo never complained. I knew he wasn’t happy with how things were, that he wanted more, but he never got angry or gave up on me.

While I was lost in my head, Neo closed and flipped the lock on the door.

“C’mon, babe. I need to get you out of that head of yours before I lose you completely.”

I blinked up at him, trying to fight my way through the tangle of thoughts swirling in my head when with a growl he prowled toward me. Instinctively, I retreated, stepping back until I hit the wall.

His eyes shone, reflecting the moonlight that streamed in through the open curtains as he moved up until our bodies were pressed together. Not looking away from my eyes, he rested one arm on the wall above my head while he used his other hand to tilt up my chin. Then he stole my breath, along with every thought in my head, when he lowered his mouth and claimed my lips with his.

He started slow, just a soft slide of his lips against mine. When he pulled back, I licked my lips, trying to get more of his taste. He growled again, a low, rough sound that came from deep in his chest that sent a wave of arousal through my body until it landed between my thighs. Unable to stand his teasing any longer, I lifted my hands and threading my fingers through his hair, pulled his face back to mine.

This time there was nothing gentle about the kiss. He devoured me. Slanting his head so our mouths fused together perfectly, I opened to him and allowed his tongue to slid in against mine. His taste filled my senses and with a moan I allowed my eyes to flicker closed.

By the time he pulled back, breaking the kiss, I was boneless. He was taking all my weight as I leaned fully into him. He stroked his knuckles down my cheek.

“I need you, Jolie, more than I need to breathe.”

A wonderful short story, MINE TO BEAR has a heartfelt storyline and fabulous characters. Neo and Jolie are from two different worlds but when fate brings them together the past will be revealed. I enjoyed this story and would recommend it for a quick in between read.

This book is a quick fun exciting PNR I enjoyed it thoroughly and loved how their romance progressed and how they came together as one. The author did a great job. 4 Out Of 5 Hearts From Cariad Books.

Mine to Bear is just the beginning of the Romance on the Go series. Neo knows that Jolie is his mate, but while she turns to him for physical release, she runs at every other opportunity. Finally she gives him the opening he needs and he quickly realizes that her past is much darker than he ever expected. When that past catches up to Jolie, will she be able to handle all of Neo’s secrets and can Neo save Jolie? While this is only a novella, it really packs an emotional punch! Neo is a bear shifter and Jolie is a human, so she’s experiencing things that she doesn’t understand or fully comprehend. Add on to all of that, she’s running from her vicious past. She’s so confused and hurting so much, but I loved that all Neo wanted to do was shower her with love and support! Even his family had her back and I absolutely loved the ending and how everything came together! It seemed like there were two brothers without mates, so I’m curious if they we will get their romances, too! I’m thankful this was a shorter book because honestly, once I started it, I couldn’t put it down! Get ready for a steamy book with strong emotions, well writing plot, and a chance at finding hope and even love!

On the run from her past, Jolie keeps to herself until her need gets too strong. Neo knows Jolie is his and he hates she’s so reserved, pushing him away at every chance. Something has to change. This short story is packed full of feelings. It’ll break your heart before putting it all back together. I found myself crying at one stage, smiling the next before feeling a fury to rival any book I’ve read before. Jolie made me feel very strongly for her and I loved how Alpha Neo became.

I have read several books by this author. I am always amazed by the detail that she puts into her books. Khloe Wren is an amazing Author and the stories she tells will keep you spell bound from the first word to the last. This book Mine To Bear is not her typical genre&#039; - Upon reading this I don&#039;t think there is a genre out there that she could not write. The story that is told is of a woman with a troubled past and a man (who happens to be a shifter) staying by her side no matter what. Seeing Neo and Jolies story unfold is an amazing thing. This is a must read.

This was an enjoyable, quick read from Khloe Wren. I liked it and I loved Neo!!

I had the opportunity to read this book and couldn&#039;t pass it up. As a fan of Ms. Wren&#039;s MC books, I couldn&#039;t wait to check out her spin on bear shifters. You see, I love shifter books. There&#039;s something animalistic about them, pun totally intended. I enjoyed getting to know Neo and Jolie. Jolie is a survivor of an abusive past, on the run, and she takes refuge in Colorado, and there she finds her mate, Neo. Only she doesn&#039;t realize he&#039;s her bear-shifter mate. Kind of hard to know when you don&#039;t know shifters exist. She just knows she&#039;s drawn to him. Neo is a black bear shifter, alpha to the core of his being and he wants nothing more than to tell Jolie she is meant to be his forever. This short story was a perfect kickstart to what I hope is a long-lived series. It&#039;s an easy and entertaining read. Not to mention the sex was sizzling! Ms. Wren not only introduces us to Neo and Jolie, but also his brothers Ranger (who is mated), Axel, and Darby. I hope to see their stories! Keep them coming, Khloe!

This was a really good book!! I couldn&#039;t put it down! loved Neo and Jolie!! The bond they share is undeniable. Jolie is a woman who has been through Hell. Neo is a bear shifter waiting to claim his mate and Jolie is it!! This book was well written and keeps you attention!! I would definitely recommend this book!!

I admit I have only read one or two shifter books before, so I cannot compare Mine to Bear to much. However, this shifter book definitely left its mark on me; and I will not be forgetting it any time soon. Though Mine to Bear is a quick read, Khloe Wren was still able to draw me in.

Short and definitely sweet, with a touch of heat, “Mine to Bear” is a firecracker if a short. Plus, a seriously bad guy gets his comeuppance. Forget the white knight on his mighty steed. Give me a fabulously furious furry fellow.