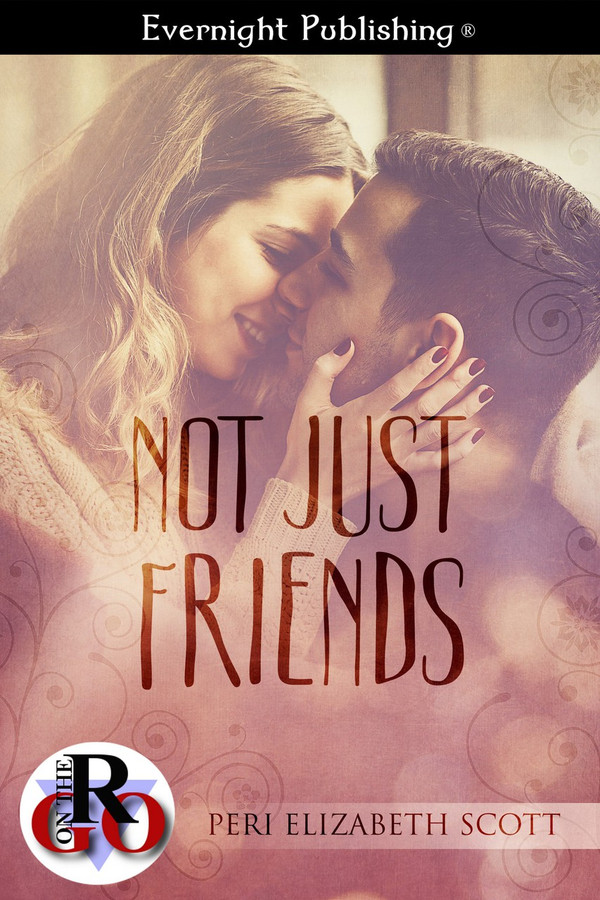 Nash Porter has an insatiable penchant for tall, leggy blondes. Taylor Simmons finds Nash’s reputation unsettling, despite how much she likes the guy. As she’s come to learn over the years, there’s more to Nash than his assumed sexual prowess, and her short, brunette stature ensures their solid friendship will remain just that.

Except Nash has been invading her personal space of late, and that’s far more unsettling. It’s time to extricate herself from his sphere, because she can’t have anything more than a friendship with someone who reminds her of a past she conquered and left behind. Unless Nash can convince her otherwise…

“Taylor.” Christina made her name sound like a rebuke.

“Hi, Chris.” She concentrated on her driving, the speaker above her head crackling a little.

“Oh. Today?” Her friend wasn’t great at checking her voicemail.

“You should have texted.”

Right, and spend half an hour typing back and forth explaining why she couldn’t make game night. Taylor ignored the guilty twinge when she thought about why she’d called and when she’d called—knowing Christina would be in class and only able to return texts. “Sorry.”

Voices swelled in the background and a door slammed. “Everyone’s here but you.”

“Again, I’m sorry. The client could only meet after work.” And on any day of the week, so Taylor chose Thursday. A couple of weeks without seeing Nash should put things back to normal.

“So it’s not… Wait a second.” Another door closed, and things were quieter. “So it’s not because of Nash?”

Wait. What? “You’ll have to speak up, Chris. I’m driving and hands free isn’t as clear.”

“What about him?” There, a nice, nebulous response while she gathered her thoughts.

“Um, Bryan said… Well, he said Nash and you were … exploring something.”

No. And no. He did not. She gripped the wheel and checked her mirror, pulling into the outside lane and finding a place to drive off and stop. The little turnoff was graveled and it gritted beneath the tires, much the same way Christina’s newsflash ground in her brain.

“Sorry, traffic.” She slammed the shifter into Park and set her forehead on the steering wheel. Any softer feelings for Nash blew right out the window. “I don’t follow. The thing about Bryan and Nash.”

Christina huffed. “They were talking at work and Nash told Bry that he was interested. In you. Like dating.”

Her laughter might filter through the hands free as more convincing than it sounded in the confines of the car. Bad words hovered in her throat and she swallowed them down. She chose something frivolous to say instead. “What was he smoking?”

“I asked the same thing, Taylor. But Bryan was adamant—and a little worried. I mean we’re all good friends, especially now you’re shut of Sherry. And you know Nash…”

“I do know Nash.” Taylor leaned her head back on the seat rest. “And I don’t date … guys who have a different woman every week, Chris. What, has he run out of tall, leggy blondes in this state? It’s not that far over the line into the next one. An easy drive.”

They both laughed, but in truth, Taylor felt like crying. She’d known Nash for five years, met him when Christina drew her into their little group. The ensuing years had evoked a deeper, more intimate relationship with all the members, including Nash. She knew his foibles and his strengths. He was a good man and a good friend, and in a short period of time, she managed to overlook—or at least not judge, too much—his way with the ladies. His incredible good looks went a long way, but after seeing them as often as she had, they didn’t have the same impact. Right?

His sense of humor and fairness, his caring for family and friends, kindness to animals, his strong work ethic, and total honesty made up most of the fabric that was Nash Porter. She flinched in that moment. Maybe he saw past Taylor’s definitely not leggy, blonde, and beautiful appearance and appreciated who she was behind her exterior. What had he said? Kind and gentle—when she wasn’t on a righteous crusade—and with a core of steel. Hardly superficial, when she thought on it. She stared into the rear view mirror, surveying her tousled brown hair that curled in any amount of humidity, but was soft with natural highlights, and framed her small face nicely.

Her eyes were her best feature, widely spaced beneath feathered eyebrows, their hazel depths shifting with her moods or reflecting the colors she wore. Today they were green. Green for uncertainty. She ran a finger down her straight nose and tapped her lips. She was pressing them too tightly together of late, so she relaxed them into their natural fullness. Centerfold material she was not, but she wasn’t ugly either. And she kept herself in shape, walking every day and finding time in her schedule for yoga.

Her just less than a C-cup breasts matched the rest of her, even if she sometimes longed to be a few inches taller. Standing on tip toes could be a bummer. With a sigh, she focused on the conversation with Christina.

“Sorry, Chris. I missed most of that.”

“I said for sure Nash must have run out of those blondes because he hasn’t been seeing anyone for weeks now. Maybe months. Like a drought. Haven’t you noticed the lack of references to any women in his life? The guys aren’t even bugging him about them. And he’s always around lately.”

Taylor was really glad she wasn’t driving. Her brain ticked over, sorting through the times Nash had “just happened by” at her work of late, with a cup of her favorite tea, saying he had business. It hadn’t made much of an impact, seeing as he was an architect and often consulted with the interior designers—including her—in her office building. He was being Nash, kind and thoughtful for a friend.

The teaming up with her on game night, blocking Graham’s attempts to partner her, was different, and more frequent. She liked Graham, but he drove her crazy when they partnered up. When she joined forces with Nash … they fit. They got one another and it felt so comfortable and fun. Tick, tick, tick.

Showing up to carry her groceries to the lift those two times when she’d bemoaned that task at game night—she hadn’t invited him in then either, and he’d given her that little salute when she’d thanked him and … dismissed him? Lord. Was she living in a different dimension? She hadn’t meant to be rude…

He’d been at the coffee house nearly every time she made it there—and Morris the barista and Nash exchanged those meaningful glances, like they had a secret. Tick, tick, tick.

“Give me a minute, Chris.” She realized Nash had been easing her into a review of her relationship with Sherry, too, all those careful questions and sage comments over the past while. And she knew it was out of concern and not being manipulative. Had he been … courting … her?

A great short story with amazing characters and interesting storyline. I can&#039;t wait to read more.