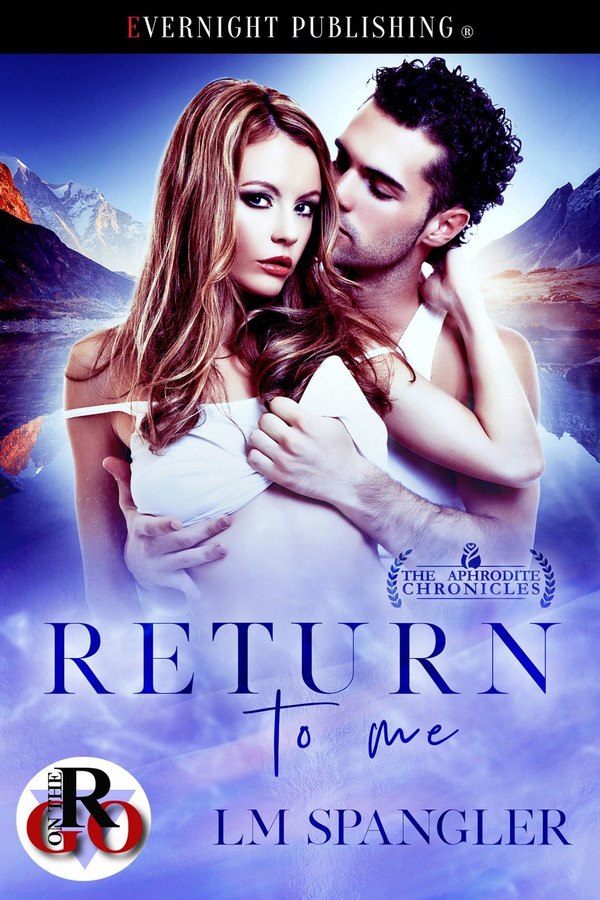 Her secret tore them apart.

Naida Bouche foolishly thought she could live only as a human. Her true nature hung over her like a thunderhead, driving a wedge between her and her husband.

Cooper Martin had no idea why his ex-wife divorced him. He'd treated her like a goddess, and they had no problems in the intimacy department.

Fate brings them together again. Old emotions flare to life. Can Naida see beyond her self-perceived faults and allow the flames to reignite the love she and Coop feel for one another?

Water cascaded off her nude body. Small rivulets ran over her breasts and down her slightly rounded stomach, disappearing into the surface of the lake.

She was one with the water.

She could, literally, become one with it.

Moonlight reflected off the mirror-smooth surface, adding a soft glow to the night. Crickets serenaded her with their chirping song. The cicadas added their buzzing to the symphony. There were a lot of cicadas, hence the name of the lake. A wolf howled in the distance. Nature cocooned her.

She grinned and dove under. Liquid embraced her, still heated by the sun’s rays from earlier in the day. Her body became insubstantial, fragmenting into molecules of H2O. Disorientation left her bewildered, but the feeling came and went. Weightless warmth enveloped her, and the ebb and flow of the tide lulled her into blissful relaxation.

The moon slid across the sky. Hours had passed. Her body became corporeal with a single thought. After regaining her human form, she cut through the water with powerful strokes and rose to the surface in a rush of bubbles.

The night air chilled her damp skin, raising goose pimples along her flesh. She pushed the long fall of hair from her face and glanced into the deep, lush woods that ringed the lake. Soon the leaves would change to shades of gold, orange, red, and brown. In would come the autumnal chill. Her time in the waters would decrease, and then winter would set in and freeze her out.

When that happened, she’d resort to the swimming pool located on the basement level of her large home. Even with the greenery she had sprinkled about, it never fully replaced the exhilaration of the lake, the feel of fresh air against her skin, and the scent of the wilderness.

She repeated the cycle, year after year. The monotony had long since worn short on her nerves.

She had someone in her life, someone to break the monotony.

More accurately, she would only have him until the end of the day.

Tonight would be the last night they would be together. She’d tell him that they were over and done with. The sad part of the whole shitty deal was she couldn’t really give him a reason why.

How could he understand? Hell, she’d have trouble believing the truth, if it wasn’t her life.

The root of their problems were otherworldly, as her father was human and her mother was a water nymph.

The nymph side of her heritage presented two problems. First, she needed daily contact with water. The more the better. Like her pool in the basement. Second, she also needed sex … a lot. Preferably once or twice a day. After all, the term “nymphomaniac” had been born of a nymph’s sex drive.

They had a lot of sex, but there were times when their hectic lives interfered with his libido. He was human and his sex drive was human.

She couldn’t guess how he’d react if she said, “I’m a nympho which means we have to have sex all the time. Day and night. Over and over and over.”

He wouldn’t understand it and she’d allowed it to build a wall between them.

No, he had never known the truth of her desires.

She had pushed him away, afraid of exposing her real self.

And that fear, that uncertainty, would leave her alone … and needy.

Return to Me was an enchanting, sensual, quick read. It&#039;s a wonderful start to a new series. I thoroughly enjoyed Naida and Cooper&#039;s story. They deserved their second chance at a happily ever after. I&#039;ve read many stories with paranormal characters in the past, but never this particular one. Get your copy today and find out which one it is!