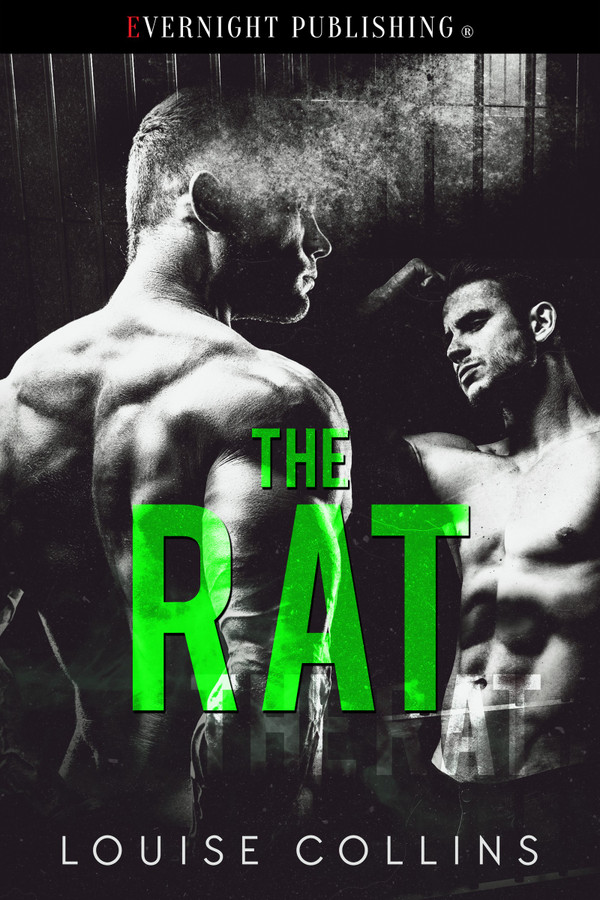 Rory’s not like the other inmates. In fact, he’s not an inmate at all. He’s undercover, tasked with gathering information on Sebastian Claw. He’s planning something for his upcoming release, and Rory needs to find out what.

The line between what’s right and wrong, what’s good and bad, start to blur. But if Sebastian finds out who Rory is, he’s a dead man…

Despite the emotional turmoil raging in his head, he still got aroused, he still had desires of a sexual nature, and they’d attached themselves to Sebastian Claw.

Rory looked up. “Sorry, what?”

Sebastian waved him closer. “Come on, I wanna see what Captain taught you.”

Ollie jumped up and raised his fists. “Okay—”

He pointed at Rory, and he hesitantly got to his feet. “I dunno if that’s a good idea.”

“Captain taught you how to defend yourself against an attacker, how to take them down, pin them?”

Sebastian stepped back, then tugged off his tank top. Rory averted his gaze, then peeked a look. His muscles gleamed with a slight sweat, and the hair on his pectorals had darkened. His skin was taut, and Rory’s eyes were dragged down to the firm skin under his belly button, the slant of his hips, and the vein that disappeared under his waist band.

His abdominals twitched as he waited, and Rory gulped.

“Show me what you can do,” Sebastian mumbled.

Rory shook his head. “I can’t do anything.”

He stepped closer, grabbed Rory’s hands, then put them to his chest. “Come on, Rory, show me.”

A blush built in his face—even his ears started to feel like they were burning up. He kept his hands where Sebastian had placed them, one on either of his pectorals.

“What’s the problem?” Sebastian murmured. “Touch me, grab me, try to throw me down.”

Rory’s fingers twitched of their own accord, groping Sebastian’s chest.

Sebastian grinned, then took Rory’s hands and put them on his waist. “Here see if you can get me from here, wrap your arms around me, take me to the floor.”

Rory couldn’t move. His hands were on Sebastian’s body, his sweaty body.

“Or how about you get a hold of my neck?”

Sebastian gripped Rory’s wrists, brushed them up his chest, then encouraged Rory’s arms around his neck. Rory was close enough to smell him. His skin was hot and their chests pressed together.

“Rory, are you broken?” Ollie muttered.

Sebastian grabbed him, tripped him, then pinned him to the mat. The air left Rory’s lungs in a whoosh, and his eyes watered at the breathless feeling in his chest. Then he forgot every mild pain and focused on the one between his legs. He was hard, and his cock was trapped and uncomfortable.

“Captain didn’t teach you very well if I can pin you that easy.”

Rory didn’t reply, he was too busy trying to breathe, but his body wasn’t cooperating. Sebastian’s eyebrows tugged together at Rory’s shallow panting.

Sebastian smiled, then went to get up, but Rory grabbed a hold of him to stop him. “Wait.”

Sebastian raised his eyebrow. “A second?”

Sebastian smirked, then sunk back down, tilting his hips forward as he did. Rory bit back a moan, but he couldn’t stop his eyes from rolling up into his head. He couldn’t keep his unwanted arousal a secret from Sebastian, but he hoped with some luck, the rest of the inmates wouldn’t notice his hard-on.

Sebastian flexed his hips again, then whispered, “That feel good?”

Rory shivered, and slid his hands down to Sebastian’s hips.

“Oh, okay, then.” He tried to lift himself off, but Rory pulled him back down. Their crotches rubbed, and Rory’s cock jolted.

“God, you’re as hard as a rock,” Sebastian murmured.

Rory bit his lip and shook his head.

He thrusted, and Rory felt the heavy pressure of Sebastian’s cock. Rory’s eyes rolled again, and a groan escaped his lips. His hands were tentatively holding Sebastian’s hips, fingers flexing and relaxing as he tried to get himself under control. He could smell Sebastian’s sweat, and the soap he used each morning. Sebastian’s icy eyes darkened, and when his gaze dropped to Rory’s lips, his heart missed a beat.

“Oi! No dry humping on the floor.”

Sebastian tutted at the guard, shot Rory a sympathetic smile, then stood up. He put his hands on his hips and stood there with the twitching in his pants clear to see. Ollie’s eyes bugged from their sockets, and Teddy grumbled in apparent surprise.

“Get out of here, Sebastian! Go take a cold shower.”

He raised his hands at the guard. “I’m going, I’m going.”

Ollie snorted, then strolled over and offered his hand to Rory. He took it, and got to his feet, but the second he was standing Ollie glanced down at him, then up again.

“Jesus, you didn’t get like that with me or Captain.”

“I stretched funny, that’s all.”

“What the hell does that mean?”

Despite being amused, and not believing Rory’s poor excuse, Ollie still stood in front of him, blocking curious eyes, until his erection went down.

“No problem. Stretch sorted itself out?” Ollie smirked.

“Yes, let’s not mention it again.”

Rory groaned, “There’s no ‘thing’ between us.”

“You think he’s hot, and he thinks you’re hot. I’m not seeing a problem. Sex is sex. You’ve got no one on the outside. Does he?”

Rory looked down at his feet. “I can’t cross that line.”

Here is another case where the characters stole the show for me. The story was ok – I loved the time spent in prison with the guys, but the story outside of that was a little farfetched and hokey. Rory, it turns out, is blackmailed into going undercover to learn about Sebastian’s plan’s for revenge once he is released in a few months. Rory begins his sentence with two other inmates – Captain (a Veteran suffering from PTSD-induced nightmares) and Ollie (a young guy who murdered his abusive father). They quickly become friends and Captain takes on the role as protector, as much as he can. Ollie is thankfully taken under the wing of his crazy mute cellmate who nobody messes with, and nobody wants to get in the way of the clearly mentally unstable Veteran. So, Sebastian appears to greatly dislike Rory from the get go – they end up as cellmates, and it takes a while and a number of events before that changes. From there, they begin a really slow burn relationship as their trust begins to grow. Unfortunately, Rory is under a lot of pressure, and the guilt of being undercover and betraying not only Sebastian, but Ollie and Captain as well, is really taking its toll. Again, I loved the time behind bars. However, the story of why and how Rory ended up with the assignment, the reasons they were going after Sebastian in the first place were just a little too unbelievable to give it credibility in my mind. I did like the way everything turned out, and while I still had trouble with some things, I didn’t have any with the actual relationship with Sebastian and Rory. And I loved Captain and Rory!!

Rory and Sebastian I read this story three times in a row and every time it got better and better. What an inventive story. I love the behind bars stories! Rory is behind bars to get information about Sebastian’s plans, what he’ll do when he gets out in about nine months after being in prison for sixteen years for murder. Sebastian is the big man and owns the wing their in. They all listen to him. He doesn’t like Rory at all, and still they have to share the same cell. Rory has to get closer to Sebastian and that isn’t easy. The story is widely written, it could go either way, I really wonder where this would all head to. First I had some trouble to respect Rory. He was a bit lame. Later I felt completely the opposite. There are a lot of things happening and they are all enormously entertaining. It’s complicated and you could feel the buildup, I didn’t know how but I did expect something big. And I was not disappointed!! Sometimes is was just torture, pure torture... for me as reader. The slooooww burn and the sexual tension was palpable. Back and forth they go. Lines of many things got blurred, the lies were devastating. The wrong seems right and the right seems wrong. I was totally surprised by it all. The other inmates had all their own intriguing stories. My heart hurt for them. The building up was overwhelming and when it all exploded, my eyes and heart cried. All the wonderful elaborated characters, you only could love them. This was an amazingly captivating story. A great plot. Written in a way you can’t stop reading before it’s finished and when I finished it I started all over again, and then again.