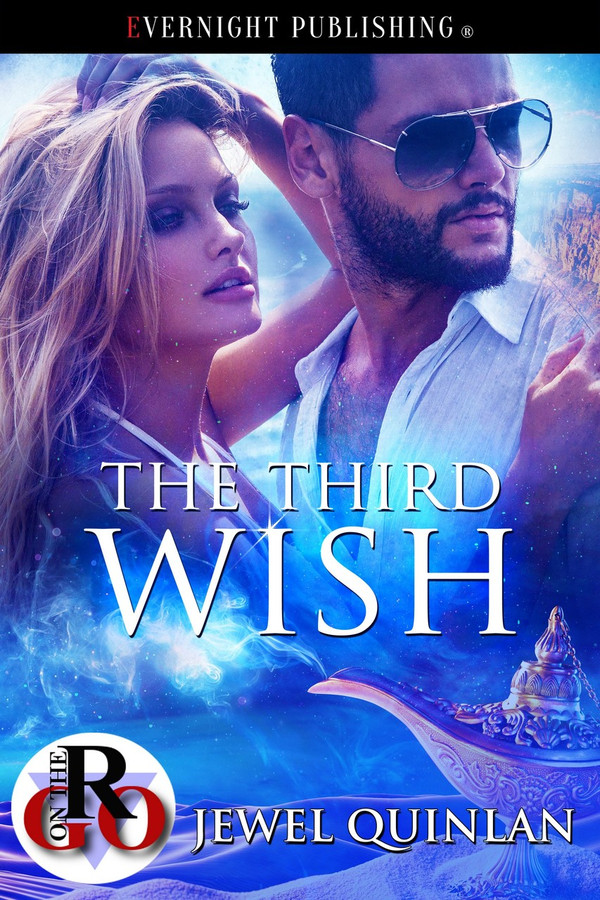 Owen only has one wish left...

This time, he wants to ensure it doesn’t come with nightmare side effects like his first two. Unfortunately, Cleo, the scornful genie granting his desires, isn’t willing to help. With the wish deadline fast approaching, Owen must find a way to gain Cleo’s assistance, or he’ll be stuck forever in a tangle of his own making.

“...Maybe if you’d executed my first two wishes better I wouldn’t be so strung out.” Wrong thing to say. If I could have punched myself, I would have.

Cleo stiffened, eyes wide. And then they narrowed, and I could almost see the millions of ways she was killing me in her mind right now. I braced myself for a barrage of scorn mixed with profanity. If there was one thing I’d learned about Cleo in the past couple of months, it was that she had an extensive vocabulary of swear words. Not only was her range impressive, it was also interestingly exotic. I was well acquainted with it because it’d been directed at me on the frequent occasions I managed to get her to come out of the pillbox. I’d thought I’d heard it all at this point in my life, but she proved me wrong. And somehow, whenever she directed her skill at me, I couldn’t help but feel that every term she used was eminently fitting.

“I’m so sorry you’re dissatisfied with your first two wishes, Master,” she drawled in an uncharacteristically chilly tone that made me shiver. “I shall return to my vessel and spend my time reflecting on how to do better with your third wish.” She turned and moved away from the door.

Fuck. The lack of profanity made me panic. I leapt up the stairs in one bound and grabbed her arm in desperation. If she evaporated back into the box, I’d have a hell of a time getting her to come out again. “Cleo, I’m sorry. Don’t go. I’m an asshole, okay? A dick. I’m—I’m every foul word you’ve called me since we met.”

The skin of her arm was soft beneath my fingers, but the bicep was firm. Did she work out? Would a genie even need to, being able to shape-shift and all? There was a small strange golden tattoo on her arm. I watched, fascinated, as it shifted from a crescent moon to some intricate round design that reminded me of snowflakes, and then into a symbol of some kind. This close, her scent was warm in my nostrils. It was a mix of jasmine, incense, and something spicy that I had yet to identify. The intoxicating medley had visited me in my dreams more than once.

The words were spoken slowly and in a deadly acid that had me snatching my hand back as though I’d touched a hot exhaust pipe. She glared up at me and twitched her arm as if to dislodge any germs I’d left on her creamy skin.

“Sorry. So sorry,” I said, my words coming out light and breathy as though I might set off a bomb. I took a half step back from her, lifting my hands in front of me in that universal I’m-not-armed gesture. “Please don’t go,” I pleaded. “I really need your help. Please.”

There were less than three days left for me to make my third wish, and I was desperate not to fuck it up. I’d made the first two rather quickly, and they hadn’t turned out exactly as I’d hoped. Well, no, I can’t say that. I’d gotten exactly what I’d wished for. I was now ridiculously wealthy and famous. The problem was that both of those things had come with a lot of problems, like fleeing from people who were trying to kill me for reasons I had yet to determine. And I really didn’t want to spend the rest of my life using my new, magically granted resources running, hiding, and generally having to look over my shoulder for the rest of my days. Of course, I could always wish to undo the first two wishes. But who in their right mind would do that? I ran a hand through my hair and pleaded with her with my eyes.

Cleo made a scoffing noise and raked a critical gaze from my black biker boots, over my favorite well-worn jeans and grey t-shirt, and finally to my face, which no doubt looked more haggard than ever from worry and an overgrown five o’clock shadow. “And why should I help you? Out of the goodness of my heart?”

I scrambled to think of something to say, but my mind was blank. I was a mere human. And before she’d come into my life, I was only doing a passable job at being that. There was nothing I could give her that she couldn’t give herself, not even freedom.

“I can’t think of anything,” I said, feeling deflated. “But maybe you can.” It was a shot in the dark, but worth it. There was a faint glimmer in her caramel-colored eyes that signaled I was on the right track. Inspired, I pushed forward, desperate. “Is there something?”

She relaxed her stance, making hope soar within me. Then she dropped her gaze to the floor as if—no, could it be?—as if she was reluctant to say it. I closed the gap between us again, feeling bolder, but I didn’t touch her. “Tell me,” I urged in a low voice, fascinated. “I want to know. No, I have to know. What I could possibly give you that you would want?”

This was a bit out there but the bases of the storyline is touching, be careful what you wish for! Loved Jack, his voice is mesmerising. Good level of action.

A peculiar romance. It was very different from even most paranormal romance audiobooks. It wasn&#039;t my favorite but I liked that it was different. Something you couldn&#039;t predict and an interesting short story. Had a good steamy scene. The narrator really seemed to fit the character. #AudiobookObsessionReviewer

The man in the story has 3 wishes, and like most people, starts with $$$ - which doesn&#039;t work out as well as he thought it would. The Genie is fun, sarcastic, and sensual. Great chemistry and surprising ending!