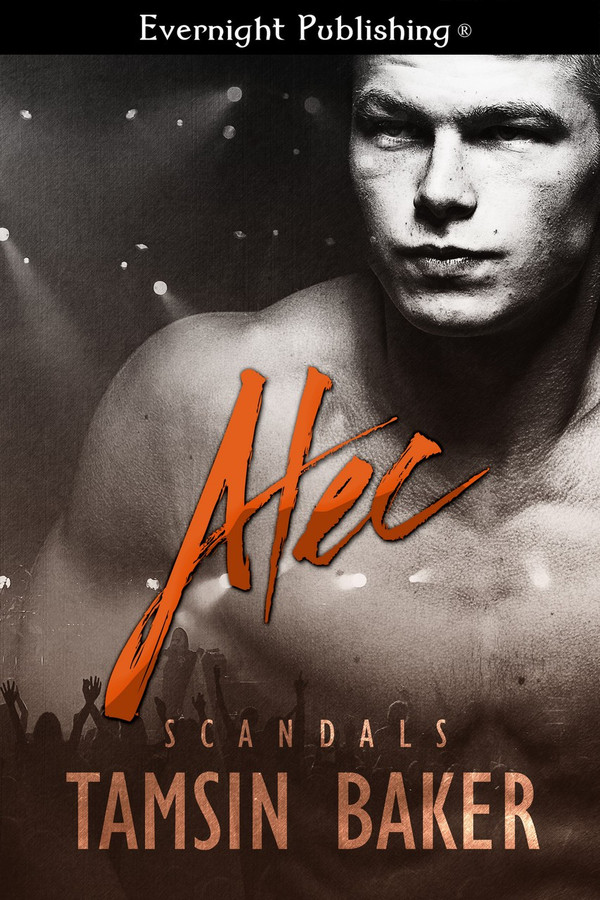 My life was so perfect before all the guys started falling in love. Now I'm the only one not hooked up. Being famous, rich and young should be enough, I know, but I wouldn't mind finding someone who looks beyond my muscles and bank balance.

My life was on track. I was close to finishing my university degree, and I had enough money to get by. I was happy. That was until I met Right Time's singer, Alec. The playboy managed to get himself drugged right in front of me, and I couldn't just do nothing! That's when my life became far more complicated.

Will the young doctor-to-be be able to resist one of the hottest bad boys on the planet?

“Oh my God, you’re Alec from Right Time!” A trio of blonde women at the bar literally bounced up and down beside me. I grinned at them and looked around. This was a private bar in a very expensive hotel, so what were a gaggle of groupies doing in here?

I plastered a smile on my face, aware of the bad publicity that came out of these sorts of moments. Last thing Right Time needed was another scandal. Huh, maybe that’s why we were on holidays. Phillip needed a break after all the scandals we’d had.

“How are you girls doing tonight?”

They squealed and carried on, and I chatted with them for a moment while my eyes scanned the crowd for the woman I actually wanted.

“Are these girls bothering you at all, Alec?” The owner, Paul, stepped up next to me and whispered into my ear.

“They’re friends of a new member.” I could hear the strain in Paul’s voice and patted him on the shoulder.

“No need to worry, Paul, but you could do me a favor … let me know where the brunette waitress is?”

Paul lifted his chin and looked straight at me, his eyes harder than I’d ever seen them. “Joanne is new. She’s a student at Cambridge.”

I swallowed the lump in my throat, a rather foreign feeling swamping my usual confidence like a tidal wave surrounding a drowning town. Hot and dumb I’d done a hundred times before. Stunning and smart would be a very new and welcome experience.

Paul grimaced. “Don’t tell her who you are.”

I stilled for a minute and then laughter bubbled up and burst out of me. “Thanks, mate.”

Paul had the good manners to flush with heat and look away for a moment. “She’s a pretty straight girl and shy, too. If you want to have a chance with her, pointing out your star status won’t help.”

I clapped the owner on the back and thanked him, my heart rate picking up as I spotted Joanne serving a corner table before she moved back around the bar.

I walked over to her, running through every lame or brilliant pick up line I’d ever used. None sounded any good.

Her eyes lifted and met mine, the blue as brilliant as the Mediterranean waters Law was planning to visit next week.

She smiled at me with genuine interest this time, and it was as stunning as I had feared it would be. Heat flowed straight to my groin. Her soft pink lips were curved up, her clear skin pinking with pleasure and her eyes sparkled at me.

I ran a hand over my head, the prickly stubble of my very short hair cut bristling beneath my palm.

“Yeah, well … I didn’t think a pick up line was going to get me a good response.” 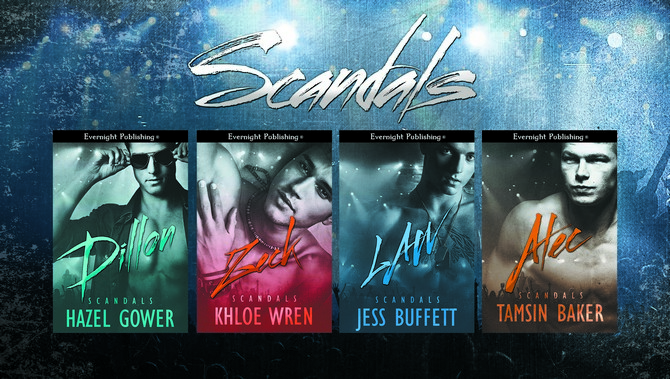 4.5 Stars Alec is the final installment in the Scandals series. I really enjoyed this story, I loved the characters and would definitely recommend this book and series. Alec Masterson is perfection personified. One of the members of the famous boy band Right Time, Alec takes in his appearance and the way he looks. Joanne or Jo as she prefers is working in a local bar to help pay her way through med school. Jo has worked hard to get where she is and is focused on reaching her goals. When Alec is drugged at the bar where Jo is working she instantly goes into medical mode and does what is needed to keep Alec safe until help arrives. As Alec recovers it is important to keep him away from the publicity until they find out what has happened. Once again it is Jo who comes to Alec’s rescue, but when photo’s hit the media and all hell breaks loose, can the girl with a dream risk her future to take a chance on the boy in front of her. Or will everything Jo has been put through cost Alec the one women who makes him want to feel about more than just himself. Alec is book four in the Scandals series, written by four amazing authors. These books can be read as standalone as each has its own ending.

The Baker Gets His Man by Rebecca Brochu

Her Knight in Shining Stone by Tamsin Baker

Beauty and the Gargoyle by Tamsin Baker