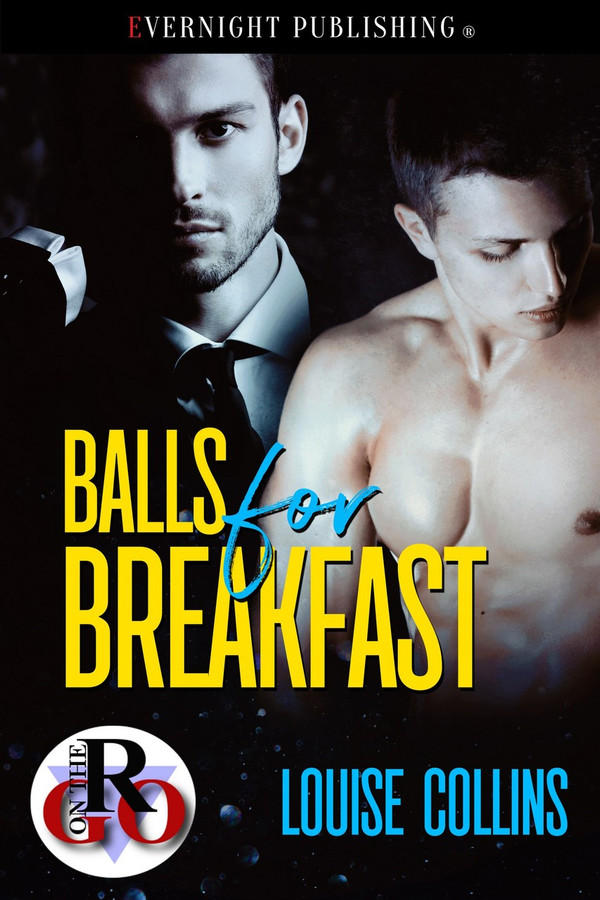 The man next door is hot, mysterious, a little bit terrifying, and unbeknownst to him, Travis’s Daddy. Travis lusts for Patrick in his fantasies, and he imagines the older man pinning him down, taking him apart and calling him his boy.

In a moment of madness, the word daddy slips from Travis’s lips, and Patrick gives him an odd look. The embarrassment burns hot and fast, and Travis rushes away. He needs to get Patrick out of his head, and goes clubbing as a distraction, but Patrick pursues…

Travis stood on the path outside their houses while Patrick paid the driver. He glanced at his door, the escape still there in case he wanted to take it, then he looked at Patrick’s house and butterflies fluttered in his chest.

“You don’t have to come inside if you don’t want to,” Patrick murmured. “I won’t make you.”

Travis turned in time to see the car disappear down the street. Patrick stood under a lamp, and the light cast sinister shadows on his face. He didn’t move any closer, just waited patiently as Travis turned his attention from house to house.

With his decision made, he walked up to Patrick’s door, and pressed his back to it. Patrick waited a beat before stepping out of the light. He walked with purpose, chin lifted, chest puffed out. There was a jangle of keys, and then he was close enough to swoop down for a kiss.

Air caught in Travis’s chest, and he closed his eyes at the first contact. He slacked his lips and let Patrick do as he pleased. He gently sucked Travis’s top lip, then licked a strip along his bottom one. Travis kept as still as he could with his lips slightly parted as Patrick got familiar with his mouth. He licked, he pressed forward with his tongue, and sucked at Travis’s lips. He rattled at the attention, his gasps and moans broke with hitched breaths as Patrick grinded their crotches together.

He was trapped, pinned to the door by Patrick’s muscular bulk, he squeezed the already lacking air out of Travis’s body and his head spun. He couldn’t resist the urge to roll his hips forward, to brush against Patrick. Nails scratched his scalp, fingers tangling in his hair as Patrick continued to lay claim to his mouth.

Travis shot his hands up in surprise when he was suddenly moving backwards. He clutched Patrick tight, and opened his eyes in alarm. The door was open, and he was still pressed against it. No longer on the doorstep, but inside Patrick’s home.

Patrick leaned back and cupped Travis’s face. He swiped his thumb over Travis’s plump bottom lip.

“You have no idea how enticing you are…”

Travis frowned, and his open confusion made Patrick laugh.

“Every time you brought a package to my door, I wanted to pull you inside, and pin you to the wall.”

Patrick tilted his head and lifted his thumb to his lip. He closed his eyes as he sucked it, then hummed, a long appreciative hum that rumbled through his body into Travis’s and made him blush.

Travis shook his head. “I don’t want you to.”

Patrick grinned toothily, and the look of pure devouring made Travis’s cock jolt in a feeble attempt at escape.

The effect of the words was immediate, a shot of something good flooded Travis’s mind. His head felt unsteady on his shoulders, and his knees weakened.

Travis thought about Samson, and his foolishness. He should’ve seen Samson slip something into his glass. He should’ve been more alert, more aware. If Patrick hadn’t been there, the evening would’ve ended in a nightmare.

A slow smile spread Patrick’s lips. “That’s right, and I’m gonna take you to my bed and show you what happens when my boy is bad.”

Patrick knotted their fingers together, then led Travis upstairs. He flicked the switch on inside the bedroom, and Travis looked at the light questioningly.

“Oh, it’s staying on all right,” Patrick smirked. “I wanna see everything, every bead of sweat, every shudder and line to crease your face when it all gets too much.”

Travis’s eyes fluttered shut, and a soft sound left his lips. He reopened his eyes to see Patrick looking at him with unmasked want, and heat surged in his veins.