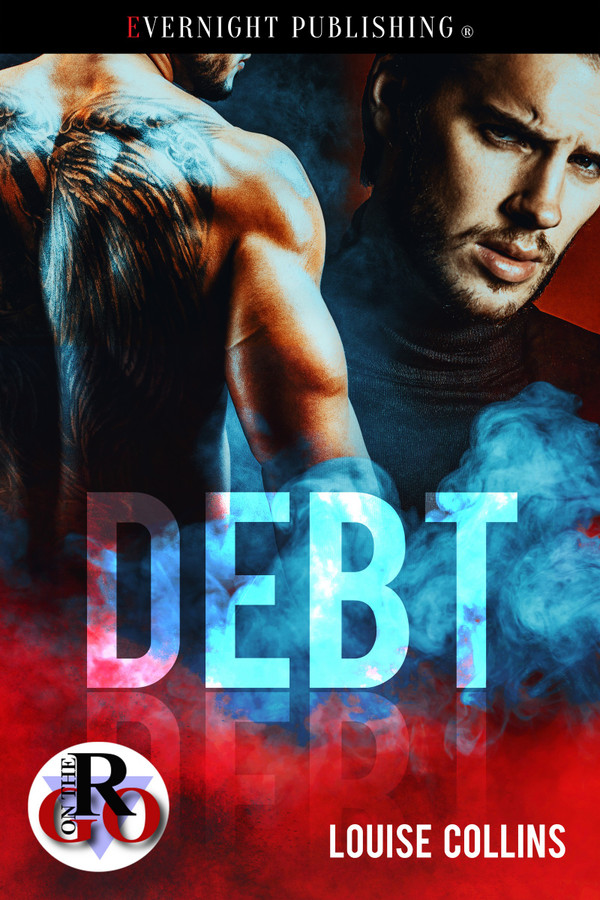 Levi's been crushing on his oblivious boss, Greyson, for far too long. As his colleague Vincent rightly tells him, it’s getting embarrassing, but Levi can’t help how he feels. Greyson saw something in him and saved him at his lowest. It’s more than just a debt—he’s fallen for his ruthless boss.

When Levi’s forced to reveal his feelings, he struggles to convince Greyson they could work. Levi may be strong, and ruthless, but he can be weak like the boss craves, too. But to believe that, Greyson’s gonna need proof…

“Look me in the eyes,” Greyson said.

Levi stopped ogling his chest, and shoulders, and looked into his intense eyes. Unblinking, the way they’d been when he stared down Vincent. They were a trap. Once Levi looked at them, he couldn’t look away, despite how they affected him. His heart pounded in his ears, and his breathing rasped with the rapid rise and fall of his chest. He could cure both problems by looking away, but he couldn’t.

“A lot of people lie to me,” Greyson started. “People work for me, say they’re loyal, they’re happy with what they’ve got, but they’re lying. Even the people I hire to fuck me, lie. They lie with their moans, and gasps, with their bodies, and do you know what all these people have in common, Levi?”

“They lie for my money. That’s what they’re after. That’s their end game. They lie, they deceive, they trick, and in some cases betray, all to get money. Because that’s what everyone’s after in this world. I’ve got what they want. Money.”

Greyson snorted, looking up at the high roof, the mosaic he’d had done for him. Levi knew it cost a fortune, and he’d marveled at the colors and the pattern, but Greyson hadn’t reacted when it was finished. He’d barely looked at it.

Levi swallowed, then asked. “What?”

“A connection with someone that’s not about money.” Before Levi could speak, offering himself on a plate, Greyson spoke again.

He licked his lips, his cut tingling, and then he whispered. “The same. I want you.”

Greyson raised his eyebrow. “Me, you want me?”

Levi nodded. “Yes. I don’t care about money; I only want you. I can be what you want, act how you want—”

Greyson closed his eyes, and his expression was full on disappointed. He pinched the bridge of his nose, poised to speak, but Levi took a step forward and raised his voice.

“I want you to kiss me, to touch me, to fuck me. I want you to make me hurt, then make me better. I want to be in your bed at night, arms and legs tangled together, and I want you to dominate me, tie my hands and ankles and do as you please with me.”

A sound close to a whine left Levi. He didn’t know how to prove it, or what to say.

“You saved me from the streets, got me clean, gave me a purpose—”

“So this is a debt, not of money, but a debt of a life, and you think this is how you can repay it.”

“No, I don’t want you because I’m indebted to you—I am, but that’s not why. Somewhere along the line, my lust was joined by another emotion. I—I want to make you happy; I want to be the one to pleasure you, and to have a life with you away from this job.”

“You left the mansion—”

“I couldn’t stand seeing you with other men! I was jealous. That’s why I left.”

Greyson snorted. “So what is it then? You want to go on safari with me, take some snaps of animals, camp out under the stars.”

He was mocking him, but Levi didn’t care. He nodded, and spoke loudly, near enough shouting. “Yes. Is it so foolish? I want to be fucked, and kissed, and overcome, but I also want to play fetch with Hades in the park, go away to places, actually use the money, make memories, because Vincent was right, I have no life. I’m nothing.”

“You do mean something to me—”

“I’m done with feeling embarrassed about it, done with pining. I can’t live my life wanting you like this. It’s torture, and I can’t do it anymore. You told me you admired me because I’ve got heart? Well here’s the truth of it: my heart is yours. It belongs to you, it has since you saved it, and I need you to decide whether you want it or not.”

The Rat by Louise Collins