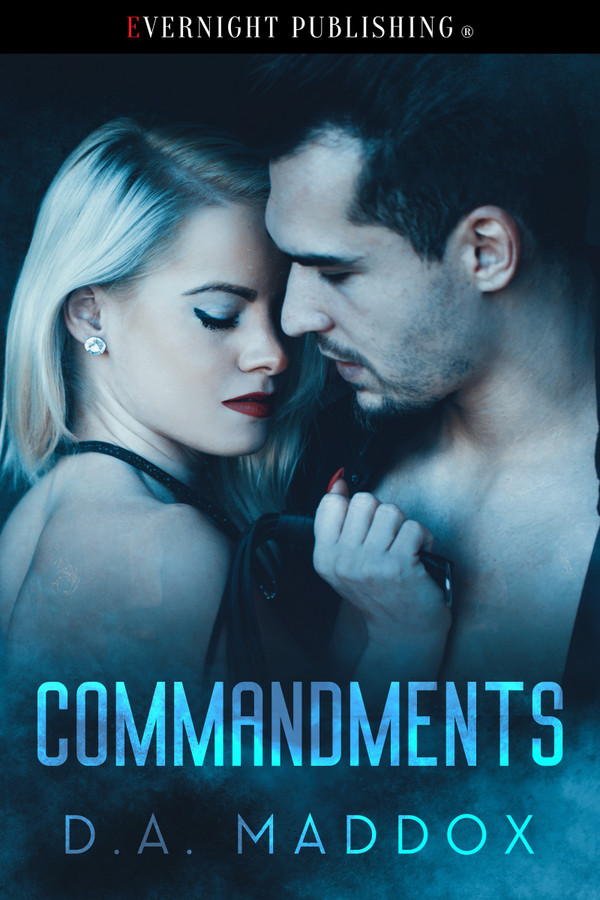 Garrett Rusk is a billionaire with a big problem: his past. At twenty-five, the heir to Rusk Real Estate Enterprises wants nothing more than a chance to atone for mistakes he made while still a student at college—mistakes that not only continue to rattle his conscience, but also cost him the love of his life.

Fortunately for him, there’s a brand-new business opening up in the city of Las Fornis: Clean Conscience Incorporated, where anyone with money can apply for absolution, and where a very special doctor awaits with a unique treatment, tailor made just for him.

Garrett has chosen this particular therapy because his lost love, Allie McAdams, runs the business. Now a paying customer in desperate need of redemption, Garrett hopes that by surrendering himself to Allie’s mercy and judgement, he might save himself—and perhaps even salvage the love they once had.

“Bring him out,” Doctor McAdams said. “Let me look at him.”

She was right there, just outside the elevator, no more than ten feet away from him, perhaps less.

Let me look at you, he thought in return. Let me see you, Doctor. Please.

Her associates each took an arm and ushered him out. The doors slid and clicked closed behind him. The leather blindfold was on him, tight. He could feel the light but saw none of it.

He still had his silken sharkskin jacket, his shirt, his slacks, and his underwear. He sensed another person slip by him and collect his tie, shoes, socks, and belt. He heard them stuffed in a bag. Sounded like plastic.

The floor was smooth, cold stone. His toes curled up.

“Do you want him naked?”

It was the voice of Madam Crimson Ghostlight, Miss Trumbel, only in the flesh. She was right next to him, holding his right arm at the elbow.

Footsteps. Hard shoes or boots. The doctor approached. She closed the distance slowly, not answering. The volume of her footfalls increased, even as the echo of them lessened, until he could feel her breath on his face, his lips. It smelled like nothing. Warm wind.

“I never thought to have you here, Garrett,” she said at last. “You’re a famous and important man.”

“Keep calling me Doctor,” she said.

She ran her knuckles over the bulge between his legs. “Is that what you want to be?” she asked. “I can make it so, if you wish.”

Garrett didn’t respond to that, at least not verbally. The practical and long-term answer was definitely “no,” but he wasn’t too sure of the immediate one. He wanted to be whatever would eventually make him better, put things right—in his mind if nowhere else. As for his nonverbal response, that was decidedly pronounced. Pointed.

Doctor McAdams addressed Miss Trumbel and his other attendee. “Leave the blindfold on,” she said.

More mechanical clicking, this time on either side of him. Twin swishes that were unidentifiable. The circlets on his wrists remained in place, but the invisible bond that fixed them together over his belly dissolved in a slow second. His hands dropped to his sides.

“We’re going to strip you, Garrett,” Miss Trumbel said, undoing the button at the top of his slacks and slowly taking the zipper down. “Don’t move. Don’t cover. Remain silent.” Then, “Dixie?”

The woman at his left finally spoke. A discernably southern lilt, more playful than the others. “It’s a trust-building exercise,” she said, sliding the jacket off his shoulders and down his back, even as Garrett felt his pants drop around his ankles. “We treat the whole person here at Clean Conscience Incorporated.”

She took his cufflinks. Undid his cuffs.

Miss Trumbel went for his shirt buttons next, exposing his neck, the top of his chest over his undershirt…

“I look forward to seeing your whole person, Garrett,” Dixie said. Garrett heard the cufflinks drop into a separate, smaller bag—audibly zip-locked and set down on a nearby table or counter surface. He heard them swept away by yet another unseen and silent warden. Cabinets opening, locking shut.

Miss Trumbel peeled his outer shirt off by the sides of the collar, first off the shoulders then down over his arms. “Lift up,” she said as Dixie took a knee behind him, hooking her fingers into the waistband of his boxer briefs.

Obediently, breathing heavily, burning under the blindfold, Garrett raised his arms over his head.

Miss Trumbel gathered the bottom of his shirt in two fists.

“Doctor … McAdams…” he said, unable to stop himself. He could feel her presence right in front of him, his imminent condemnation and hopeful salvation.

Was she really a doctor? It hadn’t been her line of study. She’d been a business major, like him.

“Trust me, Garrett,” she said, her voice firm but kind, familiar but strange. “This is for your own good. You asked for it. You paid for it.”

Is it really you?

As though in one movement, the attendants had the last of his clothes off him, his shirt up and off, his underwear down and off.

He was naked, arms over his head, hands grasping at empty space.

He didn’t, not even when Doctor McAdams knelt before him, hands flat on the front of his hips, thumbs resting over his pubic thatch. He endured, impossible as it was. He’d been on the other end of this kind of scrutiny. It was only right.

He was so out there. So fucking hard. And no one said anything—until one of them did.

I am absolutely LOVING the world that DA Maddox has built with his Consequences, Live series. Commandments gives us another peek into another aspect of this world that we didn&#039;t see in Piper&#039;s Price and Savannah&#039;s Chance. This time we are thrust into the life of Garrett Rusk, who is dealing with some huge guilt issues based on something he did in his past. Garrett is no longer a transitional, like the characters from the other two books, so his view of the world is very different. He seeks some help from a doctor, that happens to be an old friend. It is up to her to help him make up for the sins of his past. Commandments was a nice quick read, it doesn&#039;t waste too much time before pulling us right into Garrett&#039;s punishments. It has great characters and definitely ends the way you hope. Definitely check it out and the other books in this world! They are loosely connected, so you can read them in any order!

You’re expecting kink, dominance, dungeony atmosphere perhaps. And there’s plenty of menace in the very landscape, the city of Las Fornis, where a repressed dystopia comes to get wicked. Garrett Rusk has inherited a lordly place at the top in this city: wealth, power, and youth on top of that. But he is not his cold and cynical father, and he longs for the joy he once knew in innocence and true love. Torn from that love and commitment by his father’s ambition, and later the mantle of responsibility that comes with his inheritance, he cannot move forward. Clean Conscience, Inc. promises him what he desperately needs — and his lost love is the heart and soul of Clean Conscience. And so he surrenders his power, his safety, his identity to the rigorous treatment offered. Naked and helpless, he welcomes the suffering that allows him to name the burden he carries, and to shed it in a burst of ecstasy.

The Punishment Club: The Dare Dungeon by D.A. Maddox

Lashes and Lace by D.A. Maddox