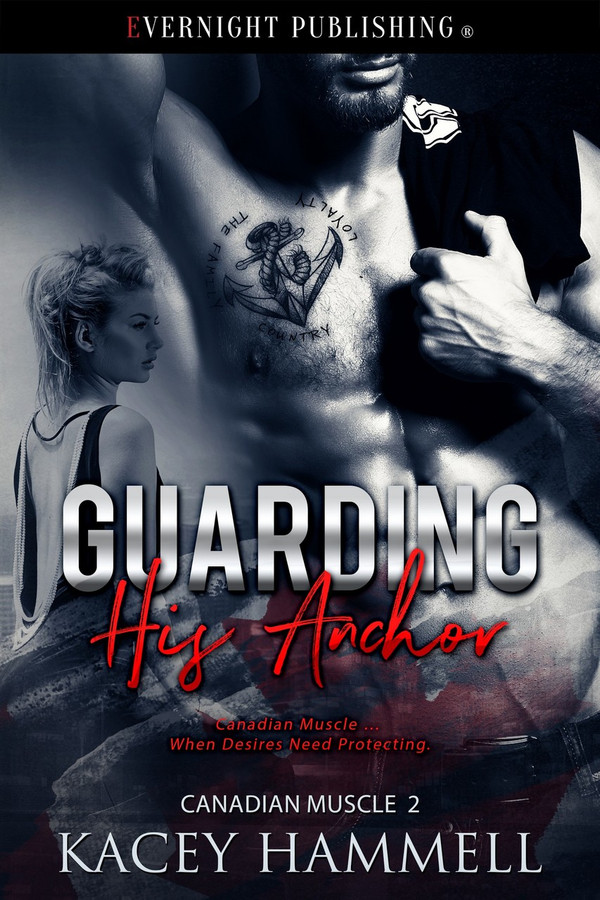 Charlotte Weber is no stranger to heartbreak. FBI agent Frank Shaw has swept in and out of her life as though she’s a revolving door, stomping on her heart in the process. Now that she’s finally had enough, he’s back again and seems determined to spin her life out of control.

Frank knows Charlie is the anchor for his lost soul, even though he can’t risk settling down. The demons of his past are too great, and he won’t run the risk of hurting her. This time, his only objective should be locating Charlie’s brother, Sean. But Charlie’s a complication, and not just because she refuses to believe Sean is guilty.

As Frank and Charlie fight for what they believe in, they also try to resist their powerful connection. The future is unclear, but when danger surrounds them, they are each other’s only anchor.

Charlie closed her eyes and leaned against the door. Tonight had resolved nothing. She’d tried to let Neal down easy, but everything she’d said had gone over his fucking head. Confusion rioted in her skull, throbbing non-stop.

A shift of movement caught her attention, startling her. She opened her eyes and lifted her head, standing tall, on the defense.

Oh, for crying out loud!

All she needed tonight was Frank Shaw in her house, staring at her with anger spitting fire from his eyeballs.

But there he was, eyeing her open collar and cleavage, fists bunched at his sides.

Frustration, sexual and otherwise thanks to him showing up when she least expected, curled around her like molten lava spilling from a volcano.

If he wanted a fight, he’d come to the right place.

“What the hell are you doing sneaking into my house?” she demanded, stomping toward him.

“Calm down. Vikki called, asked me to hang some fucking curtains. She said you were at the bar.”

“Can’t you think up a better excuse than that?”

His eyes roamed over her from head to toe. Damn that spark in his eyes when he gazed at her like that. Anger turned to potent hunger in seconds flat, watching her as if she were the prey and he the hunter … She swallowed hard.

“If I’d known you were home and … busy, I wouldn’t have bothered. Vikki said the back door was open.”

“I’ll talk to her about that.” Charlie sighed, then walked into the kitchen. “Her room is across the hall, last door on the right.”

“None of your business.” He was the very last person in the world she wanted to discuss Neal with.

He leaned on the island in the center of the room. “I guess Vikki wasn’t even aware you had a date tonight.”

No doubt Vikki didn’t cared anyway. She was Team Charlie and Frank, and Charlie wouldn’t be surprised if her pal had planned the whole thing. Hang curtains, indeed. At this time of night? Without running it past the owner, her roommate? Charlie suspected Vikki was up to no good.

“Doesn’t matter.” Charlie put the last of the wine in the fridge, grabbed a cloth, and cleaned the counters. “You can do it tomorrow when I’m at work. Good-night.” Focused on one spot, she scrubbed hard, hoping he’d take the suggestion.

“You look beautiful.” His soft comment skimmed along her ear as he moved in behind her.

“Frank, don’t. I just had another guy here, for heaven’s sake.”

“Doesn’t matter. It sure didn’t end the way he thought. I know when you’ve been fucked good and satisfied and when you’re not.”

Kacey Hammell blew me away with this absolutely awesome romantic suspense story. This might have been the first book of hers that I&#039;ve read but it definitely will not be the last. Charlotte Walker is a feisty and fierce heroine and I loved that she took no crap from anyone and yet still had a kind soft heart. I loved that while she was surrounded by tough military and security men she was just as determined to take care of them. She successfully runs a solid business and has a close knit group of friends who are akin to family. Watching her deal with her on again gone again lover was fabulous as one second she was melting under his touch but then her sharp tongue and claws would come out as she was determined to protect her heart. Frank Shaw is a man torn, he loves Charlotte and while he doesn&#039;t want to hurt her his job is important too. I loved how we get to see how he truly feels how emotionally raw he is over the situation with her brother and their relationship. I enjoyed how this story encompassed more than this couple that here were an ensemble of characters and while this was the second book in the series I didn&#039;t feel as if not reading the previous hindered my enjoyment of this story. However I will most definitely be picking up the first in the series and any other that come after this because I&#039;m certain I will find them just as fabulous. The Story: Charlotte Walker is too busy to worry about the man in her life who loves her and leaves her but when FBI agent Frank Shaw shows back up wounded and says her brother is the culprit Charlotte doesn&#039;t know how her heart can take it anymore. frank is determined to get the man he&#039;s hunting but is he willing to hurt the one woman who means so much to him?

reviewfbknotty1 Guarding His Anchor is the second book in the Canadian Muscle Series by Kacey Hammell. For those of you who read book one, Guarding Midnight, our couple from the first book, Gavin and Shree have just gotten married. Shree’s friend Charlotte, or Charlie has been getting angrier and angrier over the fact that the man in her life, Frank disappears for months at a time, treating her like a revolving door. Then he shows up in a friend’s apartment, shot. He’s apparently got some explaining to do! Charlotte and Frank’s relationship just isn’t that simple, between family who may or may not be on the wrong side of the law, another man, facing down angry friends, and fighting off the charts chemistry, That’s not withstanding dealing with the slick new stranger in town and the threat to Charlie. You start to wonder if Frank and Charlie are going to have a chance, but most definitely rooting for Frank. I absolutely loved this book and hope the series will continue. It’s another 5 Star success for Kacey Hammell!

This is a well written second story in Kacey&#039;s Canadian Muscle Series. It follows two characters who were introduced in the first book Charlie and Frank, both two strong characters that the reader will be drawn to and root for their relationship to overcome some major stumbling blocks. I enjoyed this book immensely , it has suspense, romance and a lot of heat. A great addition to this series, I highly recommend . * Disclaimer I was given a copy of the book to read and to provide my honest review.

Guarding His Anchor, written by Kacey Hammell, is her second story in the Canadian Muscle series. It&#039;s a fast paced suspenseful romance to enjoy, if you like a high heat level! There is a beautiful chemistry between Charlotte and Frank! They can&#039;t live together, however, they cannot stay away either! Their relationship is complicated! Frank is a complex character, and because he suffered a terrible childhood, he is still fighting his demons. Can Charlotte help him? Can their love survive? Guarding His Anchor is very well written with an amazing plot and story line! I recommend this book to anyone who enjoys an erotic read! * Disclaimer: I received a free copy of this book from the author. I was not required to write a positive review, and have not been compensated for this. This is my honest opinion.