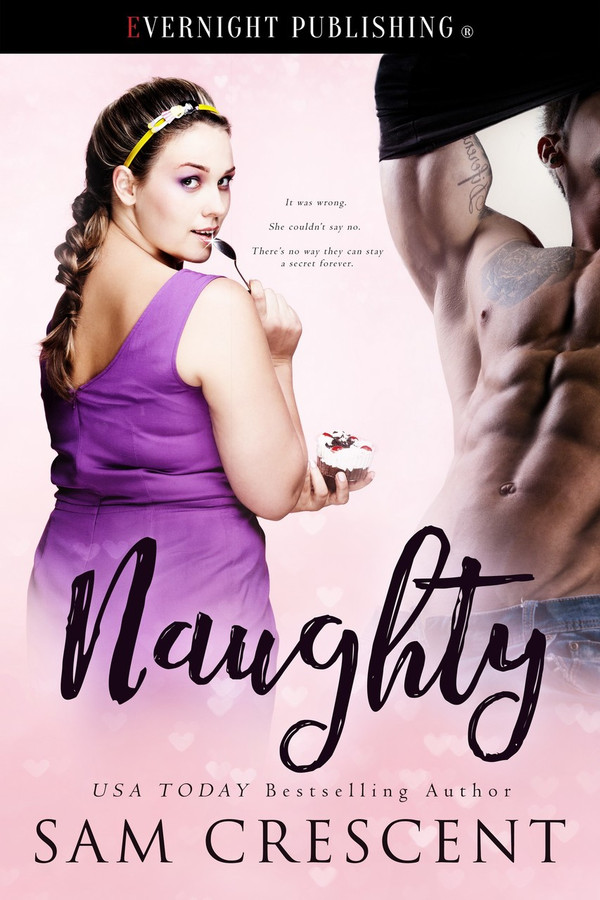 Being naughty never felt so good...

Autumn Fowler has always been a good girl. A good daughter, a good sister, someone everyone could rely and depend on. When her car breaks down, it seems a horrible twist of fate that it’s outside of Carter Blue’s mechanic shop. Carter was the only guy she had ever fantasized about—and he was off-limits. He had once dated Autumn’s sister, Summer.

Carter remembers little Autumn. He has always wanted her, but for all of his bad boy image, he doesn’t cheat. Now he’s single, and Carter doesn’t just want to fix her car, he wants to fix her. He can’t deny his need, and his cock knows what it wants. One time between her thighs is never going to be enough, so he offers her a deal: they can be at each other’s beck and call.

She shouldn’t agree. It’s wrong. But she can’t say no and compromises on keeping “them” a secret.

Secrets never stay secrets, so what will happen when Summer finds out the truth? Will Autumn fight for Carter? Or will her fears drive away the only man she’s ever loved?

The rest of the day went by without much event. Denny worked on cars as did Carter. Neither of them brought up Autumn or Summer again. Denny hadn’t been a big fan of Summer, but his friend also didn’t like to be used either.

Autumn pulled up in a taxi at a little after five. Her cheeks were a little flushed, and as he watched her, he saw the sparkle in her eyes.

“This her?” Denny asked.

She walked up toward him. “Hey,” she said.

“Hey, Autumn, this is my friend, Denny. Denny, this is Autumn.”

“Nice to meet you, Autumn.” Denny held out his hand, and then went to pull it back, but Autumn shook his hand before he could do that.

Denny stared at their hands and nodded.

Denny waved, and suddenly they were alone.

“Let’s go and take care of some business.” He took her through to his office, and this time, they didn’t end up with no clothes on.

She sighed, turning toward him. “I can pay my way, and I’d like to do that now.”

“You don’t need to pay me. It was a pleasure doing this for you.”

Autumn glared at him. “I won’t take my car if you don’t take payment.”

“I liked working on your car, and I like getting to know you.”

Her cheeks went even brighter, which he didn’t think that was possible.

“Tell me about crazy. I just spent the whole weekend thinking about your tight pussy, and how I want it wrapped around my cock again.”

“I don’t know what you want from me. You come to the bakery, and you’re different. You’re not like the guy I knew.”

“I’m exactly the guy you knew, but the only difference is I’m single.”

“Regardless of what Summer has said, I don’t cheat. I don’t lie, and I don’t fuck around with women. I couldn’t fuck you then. I was attached to someone.”

“What do you want from me, Carter? No bullshit.”

Carter stared at her. “I want us to fuck.”

Sam Crescent delivers a delightfully romantic and sexy story with her latest short contemporary. Autumn Fowler is one of my favorite heroines, she&#039;s a beautiful curvy woman who is far from perfect but that makes her truly wonderful as every little thing makes her more authentic and ultimately all the more likeable. Watching her struggle with her attraction to her sister&#039;s ex-boyfriend was beyond enjoyable. I could feel her anguish at causing a rift within her family yet her desire was practically palpable. Carter Blue is so much more than a tattooed bad boy mechanic, his honesty and his straightforward manner quickly won me over. I loved being a fly on the wall during his conversations with his best friend as I got to witness what a sweetheart he really is. I want his best friend to have his own adventure because I imagine he deserves a fantastic woman to lead him on a merry chase. His sex appeal goes without saying and it is understandable how Autumn likes him. I love how the author seamlessly weaves a story of full of such desire and romance, while the sex is steamy it doesn&#039;t seem superfluous or added just for the sake of sex, it enhances the story and the characters. The supporting cast is entertaining and informative and the setting doesn&#039;t take over center stage. Overall I cannot recommend this story highly enough if you enjoy your romances sweet and sexy. Autumn Fowler is used to be the good girl, doing what her sister and parents want her to and never making ripples. But when her car breaks down and Carter Blue steps back into her life she decides being good is highly over rated and being naughty has never felt so good.

Naughty by Sam Crescent is a happy ever after romance. This stand alone story had the perfect blend of sexy and sweet to hold my interest beginning to end. I loved Carter and Autumn. They were destined to be together despite the complications, secrets and self doubt. I liked Autumn’s independence and heart. I did not like that she kept giving in to her sister but it didn’t completely annoy me. The selfish sister was an altogether different story, though. I absolutely loved that Carter was so assertive and sincere with Autumn. He showed tremendous patience even though he immediately wanted to claim and protect her. As usual, there was plenty of dirty hot sex and lots of angst thrown in to entertain the reader. One mention of note is that I wasn’t comfortable with the way the chapters continued to move ahead by the so many months later method. It was a bit jarring, but as a whole, the story had a good flow anyway and was easy to read in one sitting. In general, I don’t like to read stand alone books, but this one was worth it to me because Sam Crescent is a favored author. I am always satisfied with her books and this one was no different. I really enjoyed reading this book !

This was a really good story and I enjoyed it a lot… The subject is a bit hard since I don’t know what I would in Autumn’s situation but I get that things happen… I was not a fan of Summer but was glad to see her evolution during the book and how it brought the sisters closer… This was not a long book but it gave me the closure I wanted and answered my questions… Autumn and Carter were so cute together and let’s be honest who doesn’t like a reformed bad boy…. The best for me were the parents, the girls dad was as super cute… I recommend this book and would not mind to read from these characters.

Well sam has done it again I don&#039;t think there is nothing she can conquer when it come to writing I love her books I gave this book a 5 star because it was awesome

This story had me at the first page and I couldn&#039;t put it down until I&#039;d finished. It&#039;s super steamy but really sweet too. Autumn and Carter were great to read about, and did I say it was hot?!?

Very interesting story. Loved how the story developed and concluded. There was an evolution I n the story that was well written. Carter was definitely sexy, hot and so very naughty.

This a fast paced novel with a dirty talking mechanic that could make any girl ask for him to give them a tune up !! Naughty from page one until the end !! A very hot read !!

I love love love Sam Crescent&#039;s dirty mind!! I want more dirty books!! Autumn and Carter are super cute and deliciously dirty!! I wanted to hate Summer but the sister bond Autumn and Summer have made it difficult lol! Truely enjoyed this dirty book!! Lol

Wow. Fell in love a different way. It was very nice to see the love progress and sexy hot scenes! I will read this one again!

I have never read a book by Sam crescent I have only read samples. I love the heart the author put into this book. Don&#039;t get me wrong I love the erotica stuff alot ;). With this author you get both the hard hitting heart and the erotica you just can&#039;t live without. I am not really a reviewer but I am a reader and this book is one to read

Another triumph by the incredibly talented Sam Crescent. Firstly, what a beautiful cover ! This story is definitely one of my faves by this author. I loved the fact it was a beautiful love story filled with some deliciously naughty bits throughout. The chemistry between Autumn and Carter is wonderful and as it grew I love how their relationship and bond together became stronger and blossomed. It may of been a naughty read but it was definitely filled with sweetness and love and is a read I could not put down. I was hooked from the get go! I read it in one sitting and it is definitely added to my list of re - reads and recommendations. A thoroughly beautiful and heart warming love story that will definitely get your pulse racing! A must read ! Happy reading!

Sam is a go to author for me because I know she will always deliver! Autumn and Carter have known each other for years. They were in love but never acknowledged it to each other. Plus Carter was dating Autumn&#039;s sister at the time. When they finally get together, it&#039;s steamy, dirty and HOT!! Autumn still feels guilty because Carter is her sister&#039;s ex and when her sister catches them &quot;together&quot;, all hell breaks lose. There is a little sister drama that goes on but it get resolved fairly quick and we get our HEA with Carter and Autumn. I love the epilogues at the end because I just like knowing how the couple is doing several years down the road!! Another winner!!!