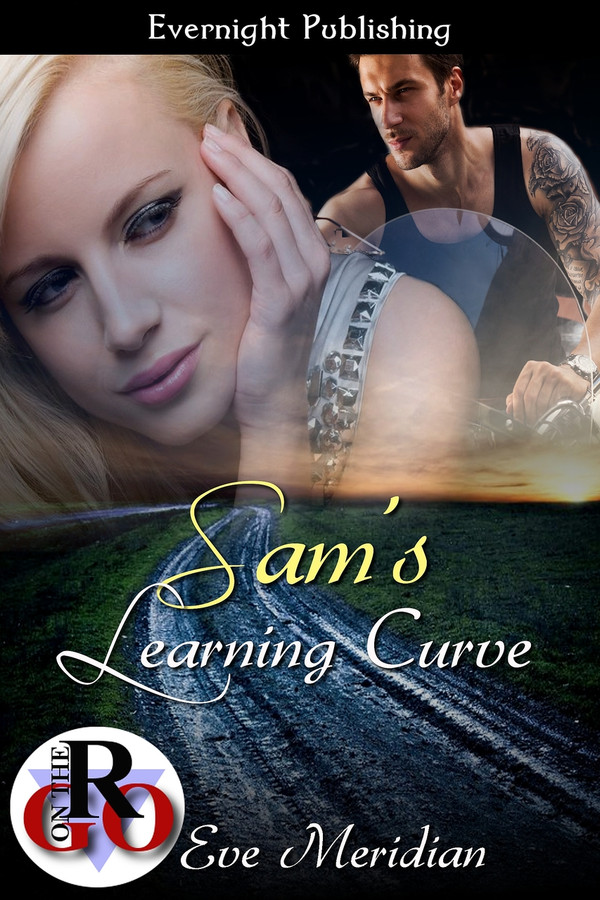 Samantha Castillo is perfectly fine being single, especially after the way her last relationship ended. She has a job that she loves and is on the fast track for a big promotion after she finishes her MBA.

Then she meets Ben, the sexy bike-builder who just moved back into town and is unlike anyone she’s ever known. Ben doesn’t want to open himself up to anyone, especially since his former business partner, who also used to be his best friend, stole his girlfriend and forced Ben out of the business they built.

Sparks fly from the moment Samantha and Ben meet, but will the two of them be able to trust one another and learn to love again?

After she showered, Samantha slid into a stylish pair of jeans. She put on a silky black sleeveless shirt that showed a tiny hint of cleavage in the front, especially when paired with her favorite bra. She wasn’t sure why she’d spent an obscene amount of money on that bra, other than the fact that it made her feel sexy. She did her make-up so that it subtly played up her green eyes and found her spiky black heels. They were fabulous shoes that added a few inches to her petite frame, but they weren’t very comfortable to wear for long periods of time. Oh the price we pay for beauty, she thought to herself.

Sam eyed herself critically in the mirror. “Not bad, not bad at all,” she muttered. She decided to leave her shoulder length blonde hair down instead of pulling it up as she usually did. Samantha added a layer of light lip gloss and decided she was as ready as she would ever be for a night out.

Just as she was grabbing a light sweater, the doorbell rang and she heard Jules. “Yoohoo! Anybody home? I know you’re in there. Answer your door! It’s time to go out and pick up some hot guys! You might actually get laid tonight!”

Sam opened the door, shaking her head and laughing. “Will you stop? My neighbors don’t need to hear about my sex life!”

“You don’t even have a sex life, so what’s it matter?” Julie replied as Sam locked the door behind them.

“So, like I said earlier, Tamara’s brother is meeting us there tonight. It should be a fun night. He’s hot. Maybe you can work on your flirting skills. If you have any left, that is,” Jules said as she glanced at Sam from the driver’s seat.

“Maybe I don’t want to flirt. And if he’s so hot, why don’t you go for him?” Sam retorted.

“Because Dave is also meeting us here, and I actually kind of like him. He’s catching a ride with Tamara and her brother,” said Jules. “Dave doesn’t know it yet, but I plan on taking him home tonight and doing evil things to him. I’ve got to thank Tamara for setting us up. By the way, how was class today?”

“My Principles in Management professor is going to be a bear, and I don’t like the idea of spending all my Saturdays at school for the foreseeable future, but I need to finish my degree. That way I can get that promotion and the raise that goes along with it. I really want to buy a house soon.”

“How long will it take you to get it done?” Jules asked. “And more importantly, are there any hot guys there?”

“It’s an accelerated program, so it’ll only take about a year and a half. That’s another reason I don’t need any distractions,” Sam said as she pointed her finger at her friend. “But yes, there’s a guy in my management class who is absolutely gorgeous.” She described Ben’s muscular arms and broad shoulders and the way his jeans cupped his backside just right.

I loved this story . Shows you opposite do attract and there is love at first sight

Learning to Forgive by Sam Crescent

Addicted to Her Curves by Sam Crescent