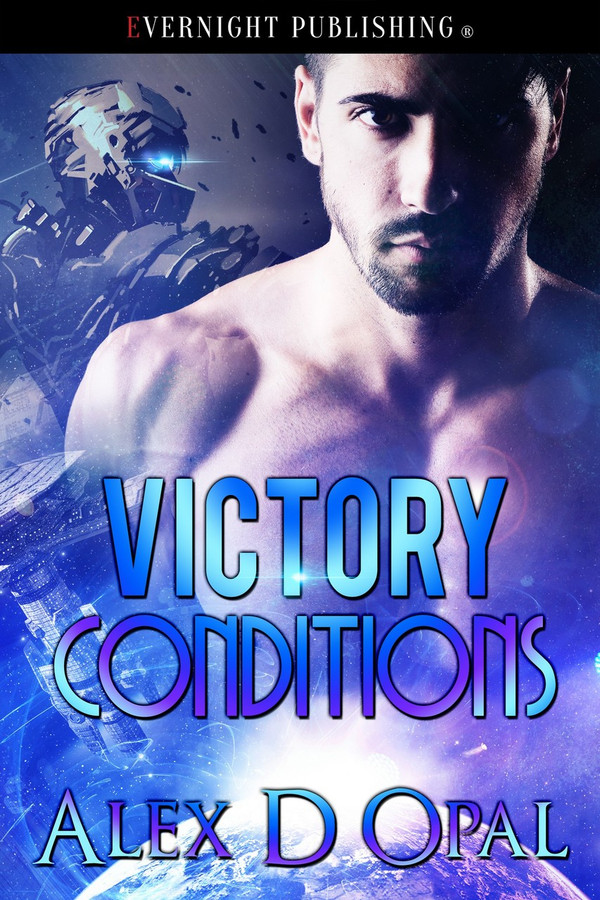 Nandil is an Arto, a robotic lifeform created centuries ago by humans to fight wars in their place. Brought to sentience by a mysterious object called the Lantern, Nandil has made being a Templar his life’s work, wielding the powers of his soul to protect the planet the Artos have claimed and simply call Home.

When a ship is shot down in the sky of Home, Nandil finds the corpse of a human among the wreckage. A human that returns to life—and seems to have the same soul as an Arto. With no memory of his past and no path for the future, the resurrected man takes the name of Sangar, and follows in Nandil’s footsteps.

Brotherly affection becomes something much more complicated, as Sangar fights to make their relationship romantic and human, and Nandil views this as his nature demands: a war to be won.

“You wanted to be seen by me.” That much had been plain. Given a moment to access his precise memory, he can relive the roll and thrust of Sangar’s body, the bend and curve of his back. He might have already reviewed it twice in the evening, combing over it to find some better trace of understanding—and out of fascination. That, he can admit in the privacy of his own thoughts, where Sangar can’t take it as a point to be scored.

“Maybe that as well,” Sangar says, defiant. “Did that upset you?”

“Why would it? I lack the… delicate sensibilities of the humans that occupy our city. I am not bothered by the display of your body, nor what you choose to do with it, so long as it doesn’t interfere with your duty.”

“Then why don’t you show me what you think?” Sangar asks. “You’re not normally so blank-faced.”

He recalls the night not so long ago when he gave Sangar a copy of the lexicon with a slight pang of regret. “I don’t feel one way or the other,” Nandil answers, but it feels perilously close to a lie. Thankfully, only he can witness his internal squirm. What is Sangar expecting from him, he wonders? Anger? Some sort of act of possessiveness? How odd. What he does feel is curiosity, interest, and finds them unsuitable to be shared.

“I think you’re lying,” Sangar says, and Nandil feels the press of his spirit. Is that how he knows, or is he guessing?

And Nandil finally realizes, then, that as keenly as he has observed Sangar since he found the man in the woods, Sangar has been observing him with just as much interest. There is quite literally no one in the temple, and therefore no one in Sangar’s reawakened life, that he has spent nearly as much time with.

“Have you known me to lie?” Nandil asks, mostly an effort to buy time.

“Never,” Sangar answers. “That’s probably why you’re so bad at it. I can feel it when you watch me, you know. There’s a weight to your presence that presses me down. I like that.”

It so echoes his own occasional, strange thoughts, that it’s almost disquieting. Sangar steps closer, deliberately invading his space, an expression of insolence in his eyes. Nandil plants his feet more firmly, the first spark of irritation burning in him. Then Sangar reaches out and rests his hand against Nandil’s chest, and gives him a light little shove.

“Don’t.” Nandil grabs his wrist, squeezing lightly when Sangar tries to move away. “I am not yours to push.”

But Sangar tries to give him another literal push, another wave of his spirit sliding into the space between Nandil’s armor and skin. No one’s ever challenged him in such a way. Even with his actions so tightly controlled, he can’t ignore this.

Nandil pushes Sangar’s hand aside. His other hand comes out to rest against Sangar’s chest—he can measure the warmth of that skin through his gauntlets—and he shoves back, with all necessary force to make him stumble. But he doesn’t let go, doesn’t offer the chance to recover. He shoves Sangar again, more forcefully, until his back hits the wall.

Sangar grabs his wrist so that they mirror each other. He tugs at his other hand, trying to free it. Nandil does not snarl, though he feels that sound of frustration curl at the back of his mind—he’s tired of this strange not-fight—and pins Sangar’s hand against the same wall. And he leans forward, their faces only inches apart, so he can look into the heated depths of the man’s eyes and let his own spirit flow. He’s centuries this man’s senior, not someone to be mocked lightly. He drives Sangar back into himself, muffling him with layers of his own spirit.

And inches from him, Sangar gasps and shudders, grinding his head back against the wall. His fingers curl down, vainly reaching for Nandil’s wrist. He feels Sangar’s energy surging against his own, pushing, searching for weakness, and he makes himself an implacable wall, as he has always been. Sangar beats against him like the fluttering wings of a captive insect.

“I am not yours to push,” Nandil repeats evenly as Sangar continues to struggle, frail organic muscle against implacable synthetic strands, the bright crackle of his spirit against the smooth ice of Nandil’s.

“You push me unceasingly.” There’s an odd almost-whine in Sangar’s voice, not complaint, but something else.

“I push all of my students.”

“Tell me that you push me more than the others,” Sangar pants. One leg slides against Nandil’s, ankle hooking, but Sangar is in no position to try to put him off balance. Has his student turned into more of a fool?

—No, what Sangar does do his pull his leg in closer, so that Nandil’s thigh rests between his legs. And he does not even need to dip into the anatomical files to know that what he feels against his leg is Sangar’s penis, hard and erect, twitching. He presses his leg in more tightly, and Sangar sucks his breath in, makes a sound half pain and half pleasure.

The flesh, he doesn’t find at all interesting. But Sangar’s reaction? The man’s hips hitch, rubbing his length through that thin cloth barrier against Nandil’s thigh, and Sangar makes a low little sound in his throat, eyes losing focus. That, Nandil finds fascinating.

And he continues on, in a reasonable tone. “I haven’t needed to push you to excel, Sangar. You run yourself hard to catch me.” The irony of that word isn’t lost on him, not with Sangar rutting slowly against his thigh as if he can’t quite stop himself. “What are you chasing now?”