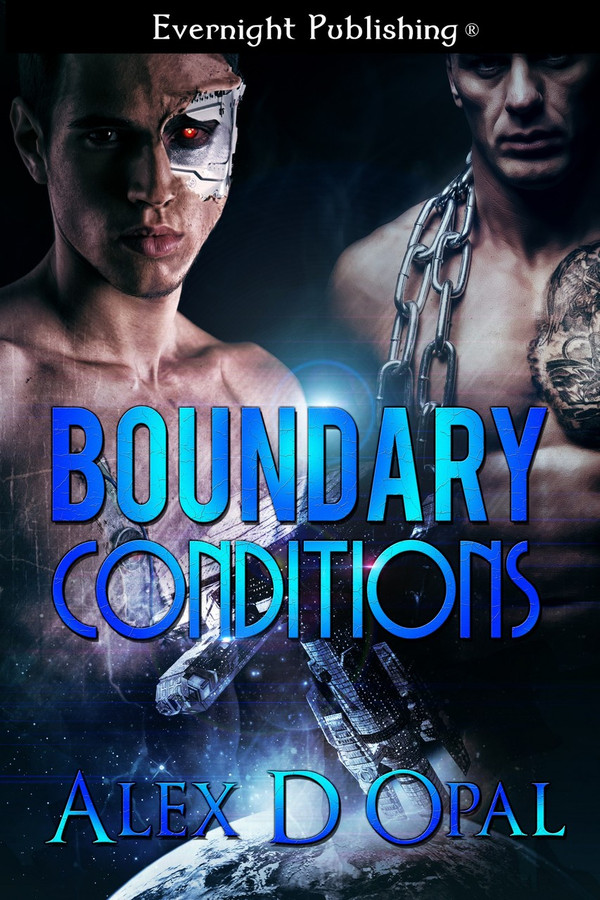 Leviss has been a soldier of the elite space mercenaries known as the Sea Guard for most of his life, surviving mission after deadly mission while the rest of his cohort hasn't.  Scarred and reeling from having been left by his spouse, he takes a mission that he knows from the start he will hate: acting as the bodyguard for a cybernetically enhanced, quasi-telepathic ambassador.

Ambassador Najee is a man overly inquisitive about the pasts of others and unwilling to share his own. But while his motives may be mysterious, who he wants isn't: Leviss. Soon it's Leviss's hatred of ambassadors and his determination to not be distracted from his mission pitted against a lust that will not be denied.

Not even quite conscious of it, he began to lean toward Najee, thinking about a quick fuck with the ambassador hanging on to the ugly-ass sculpture in the alcove—

Najee pushed him back again. “No. Not right now.”

It made him angry, though it shouldn’t have. Like Najee had caught him wanking in the head or something. This was an assignment. Just an assignment. “Yes, sir.”

Najee’s gaze flicked up to meet his, and his lips quirked. He stepped in closer. “Disappointed?”

Yes, no, yes, no. Leviss didn’t have an answer. Had even less of an answer as Najee’s hand dropped to trace the articulations in his armor, followed the lines of the flexsteel plates. He felt the light scrape of fingernails over his groin reverberate and kick up feedback. “No.”

Of course armor couldn’t be opened from the outside without an override. Making it easier to unlatch or pry apart defeated the entire purpose of armor. Leviss considered refusing, but he didn’t want to refuse. There was something different about this situation, the inherent danger of the fact that they were feet away from diplomats, from their damn jobs. It was more of a thrill than messing around in the room next to his parents, trying to swallow giggles and moans. It stirred his blood. “Bad idea, sir.”

“The worst,” Najee agreed. “And it was yours first. Let’s do it anyway.”

Leviss keyed the command on the internal pressure plating. The armor released with barely a sound. Najee knew anyway. A moment later his hand slipped inside, cupped Leviss’s thickening cock. Nimble fingers disengaged him from the armor’s plumbing, cradled him, slipped down to smooth over his sack. Najee breathed out a slow sigh and stroked him, balls to tip, through the soft undersuit.