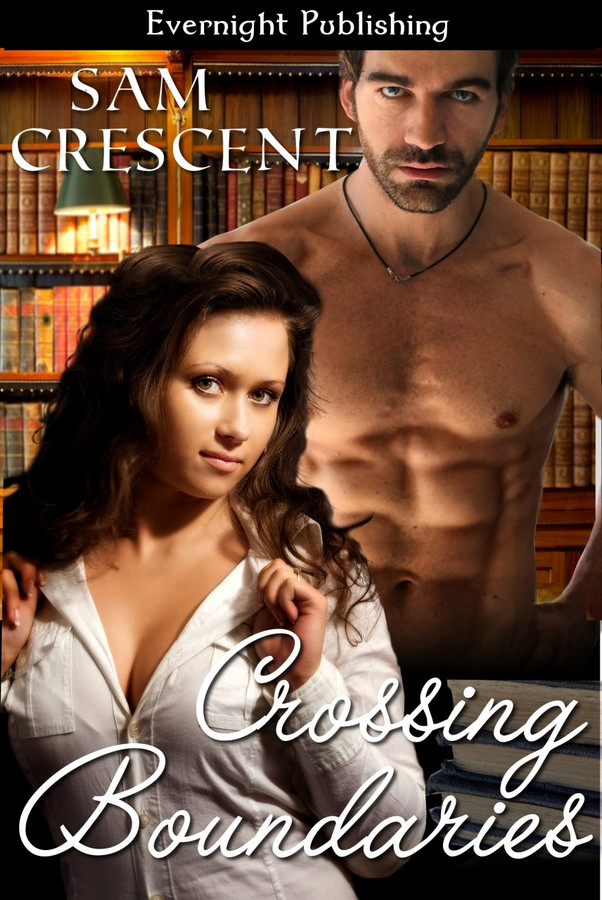 Welcome to Cape Falls, a town with old-fashioned values.

Laura Cox is twenty years old and in love with a man older than her.

Dean Riley has a broken past. He moved to Cape Falls to try and get over the death of his wife and child. He never expected to get involved with a woman. Especially, a younger woman.

Laura and Dean embark on a passionate affair. Neither was prepared for the consuming fire blazing between them. However, an outsider is about to break their budding relationship apart.

Can Dean overcome the death of his wife and learn to accept Laura as she is? What will happen to Laura when the gossip surrounding her becomes too hard to bear? Nothing is certain in the town of Cape Falls.

Her hands grabbed his cock and Dean cursed. He didn’t pull away from her touch. Her eyes stared at his length and he couldn’t deny her anything. The connection between them was strong. What would happen if he rejected her? He wanted her. The horrid truth was he’d wanted her for far longer than this night. How could he be so selfish to take her virginity and not promise her anything? He’d promised himself he wouldn’t love another woman other than his wife.

Dean shook his head. Laura was an adult, a woman in her own right to be respected. Twenty years old wasn’t young. Even if that same age span was between them.

“Slowly,” he said. His decision made.

Her hands hesitated and she glanced up at him.

“Go slow. I want to feel everything. Tease me,” he instructed her. He placed his own hand over hers and knew in that instant that their relationship would never be the same. Laura wasn’t going to be his friend. She was going to be his lover.

“Up and down. That is my pre-cum, my lubrication. Get it on your fingers and rub it around the tip.”

Laura did as he instructed and he saw the concentration on her face.

He was leaking out. His cock was hard and thick. Her sexy body on display making him crave her more. Her tits swung out in front of her. The large nipples full and round.

“Where did you learn to do that?” he demanded.

Laura smiled at him. “I read it in your book.”

Dean tugged her arm and pulled her beneath him to the floor. He wanted to touch and taste her. She lay down her with her arms open.

He kissed her first, calming her nerves while his hands ran all over her voluptuous body. Her extra flesh tantalized him. He knew when he held onto her hips and rammed his dick inside her that he wouldn’t be scared of her breaking on him. He felt her entire body trembling. He would be her first and he felt protective and primal. He kissed his way down her neck and sucked on her nipple until the red bud was swollen and pretty against her flesh.

His tongue created a wet path along her skin to her other hard bud. Her hands moved between touching the carpet, his head and her body as if she didn’t know what to do.

He moved down her body, nipping into the roundness of her stomach. She giggled and he laid kisses along her full hips, letting her know he loved her body. He found her attractive. His thick prick an equal confirmation.

“Open your legs,” he told her, wanting to tongue her sweet virgin pussy.

Other Books in the Cape Falls series:
Crossing Boundaries
Belonging to the Steer Brothers
Mine to Keep
His to Control

CROSSING BOUNDARIES by Sam Crescent is a lovely erotic romance about a young woman who falls in love with an older man who has moved into their small community. A small town girl who has been sheltered all of her life meets an intriguing man who is twenty years her senior and the more she gets to know him, the more she grows to care for him, but he is still grieving the loss of his family. Laura Cox is a twenty-year-old young woman who still lives with her parents in the little town of Cape Falls where nothing exciting ever happens. Her parents have allowed her to attend a small local college but have insisted that she still live at home. When Cape Falls gets a new resident, Dean Riley, Laura is immediately fascinated by this dark and brooding stranger. When Dean learns that Laura wants to become a writer, he takes her under his wing to help her develop her skill. Dean made a promise that he would never fall in love again after losing his family in a terrible accident, but will he be able to keep that promise? I gave this book 3 out of 5 stars because while I really did like it, I just wasn&#039;t able to say that I loved it. I liked the characters and the story. Sometimes the writing and the dialogue didn&#039;t read as smoothly as I would have liked, but I was rooting for the characters and enjoyed their story. The story is compelling and has a lot of emotional ups and downs. CROSSING BOUNDARIES has some great small town drama, plenty of heat, and lovely romance. I couldn&#039;t help but like Laura&#039;s character. She&#039;s sweet and innocent, but intelligent and full of ambition. Dean is dark, handsome, sad, and I wanted to see him find happiness. Overall, I enjoyed this book and look forward to reading the second book in this series.

Laura is struggling to find herself after graduating high school. Now in college, she’s trying to be the person she was never allowed to be but unfortunately her nemesis, Peter, has made it his mission to continue his harassment in the adult world. After meeting a newcomer to Cape Falls, Dean Riley, Laura finds herself drawn to him as a man and a mentor. As their relationship blossoms it brings forth all kinds of changes. Can a budding romance between two people separated by decades survive? I felt for both Laura and Dean. Laura for her parents refusal to let her grow up (but she wasn’t moving out either) and Dean’s adamant adhesion to his promise to his dead wife to never love another. As they stumble along and find love in one another, Laura has the added stress of Dean’s ambivalence and Peter’s confusing pursuit. When things explode between Dean and Laura, Peter is her surprising ally and shoulder to lean on. I was disappointed in Dean as a character in the actual book after reading the blurb and basing my decision to read on that. I expected more from him. The aftermath and it’s affect on Laura was sad but did it’s job of illustrating the depth of her feelings to both Dean and Peter. A little reminiscent of my closet romances in the 80s this was a quick read that had it’s moments.