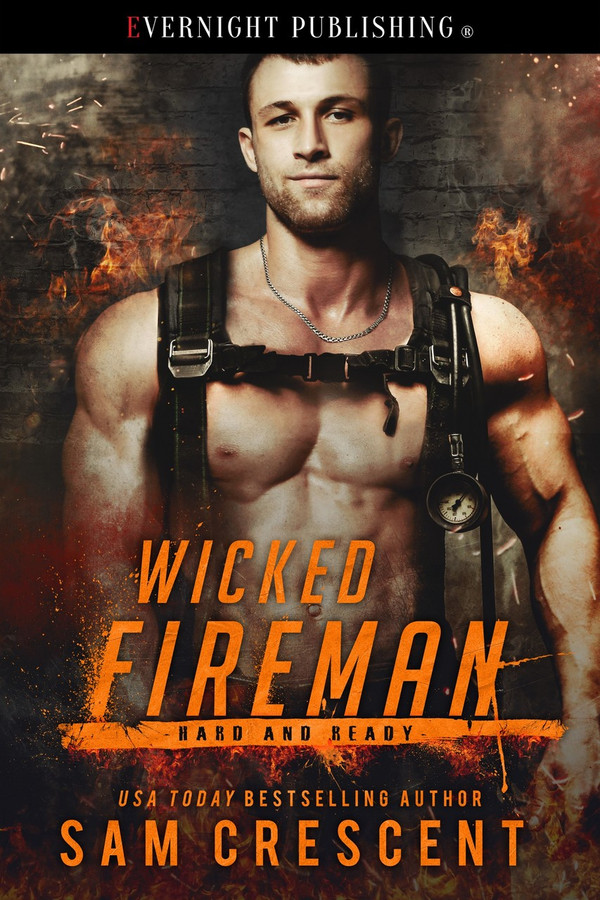 From the moment Dwayne sees Blair, he wants her. He wants all of those beautiful curves to himself. But she’s his boss’s daughter, and he’s the new guy in town, still trying to prove that he’s not just some flighty city boy.

She’s already had a messy breakup, and Blair has no interest in a relationship now. Every woman in town wants to date the new guy, but he only has eyes for her. She’s attracted to him but is afraid of anything serious.

After one night of harmless sex, Blair tells him straight that they’re just having fun. Dwayne likes to have fun, and he’s determined to show her exactly what she’s been missing out on.

From sex outdoors, to dancing, to sharing a picnic, Dwayne proves that he’s not only fun but dirty as well. Then comes one romantic dinner beneath the stars and what was once “just fun” changes, deepens.

Can Blair risk telling him that her feelings for him have changed? What will happen when Dwayne risks his life, running into a burning building to save another?

Straining it through the sieve, she pressed some plastic wrap on the surface and ran a hand over her forehead. That was a close one.

“Wow, that was intense. I thought going into a burning building was tough.”

“Don’t be silly. What you do is the tough part.” She was very aware of the danger that came with being a fireman. There had been a couple of occasions she’d nearly lost her dad because of it. She recalled being at the hospital waiting for news on his condition. Her father’s left leg was covered in burn scars from being trapped. For a short time, they’d thought he’d lose his leg, but he’d gotten through the surgery and grafts.

They made the strawberry compote that she was going to mix with the ice cream, before moving onto the jam.

Dwayne was a keen learner, and he listened to all of her instructions. By seven o’clock, they were sitting out in her yard after enjoying some grilled steak, eating some of their homemade ice cream.

She had a churner, which made it so soft, and stopped any of those horrid ice crystals from forming.

“I really enjoyed today,” he said.

“Me too. I didn’t expect you to be so into making ice cream.”

“With how this tastes, I expect you to bring me many different flavors. I take it you do them?”

“I do. Apart from when I’m heartbroken. There’s never enough ice cream for me to enjoy.” She licked her spoon clean, and when she glanced over at him, she saw that his gaze was on her lips.

“When you do stuff like that, it’s hard for me to remain a gentleman.”

She didn’t say anything. Her pussy was already growing slick at the promise in his eyes. She knew exactly what he saw when she licked the spoon, and her own gaze landed on his body. There had been a few times today she’d been distracted by his body near hers.

It had been a long time since she had sex. She didn’t even know if she was any good at it.

Sex had always been something she thought would be amazing, earth-shattering, but often, it had been boring and lackluster.

“Tell me what you’re thinking about?”

This made him laugh. “I can promise you being in my bed would be anything but.”

He stared at her for several seconds. She wondered what he was thinking about when he placed his glass on the table. “Come here.”

Putting her glass down, she stepped close to him, ignoring every single warning going off inside her head.

He reached out, taking her hand, and she stopped across the sunbed, straddling him. His hands went to her thighs and he moved them up, gripping her hips before drawing her down to sit on him.

Through her thin shorts, she felt the hard ridge of his cock pressing against her, and she bit her lip to keep from crying out.

“Sex is whatever you make it.” His hands moved down her thighs before sliding up and resting inches away from her pussy.

Her nipples felt incredibly tight, and it took every single ounce of control not to beg him for more.

Sam Crescent certainly turns up the heat and the heart with this fiery BBW romance. I might have mentioned a time or two just how much I enjoy heroes who love BBW women and this author definitely creates the type of heroes worthy of that title. Dwayne is confident without being cocky and determined without being obnoxious. Blair has been hurt but she’s a strong, beautiful smart woman. I loved watching the back and forth between these two both so convinced things would go exactly to their plans and watching them both adapt when things didn’t. I couldn’t wait to see just who was going to come out on top and it was totally worth staying up late to see the outcome. After all who really has to be alert every day for work? Honestly do yourself a favour and get this book. A sexy firefighter, a curvy cutie and whole lot of palatable attraction makes for a super hot story you’re going to love. The Story: Firefighter Dwayne is new to small town life but after meeting his boss’s daughter he knows he made the right move but can he convince Blair to ignore the past and embrace the future, a future with him?

After living for years in the city, Dwayne is finally ready to settle down. He’s bought a house, is happy renovating it and ready to find a special woman. When he meets the Fire Chief’s daughter, he knows it would be crazy to hook up with her, but with curves in all the right places and the heat in her eyes as he poses for her calendar photos Dwayne simply can’t resist. I really enjoyed this story – finding it spicy and sweetly romantic. Blair is pretty reticent at first, having had her heart broken in the past and also having a personal rule to never date the firemen who work under her father. Dwayne knows exactly what he wants though – and Blair fulfills every one of his needs. He’s determined and patient and more than willing to wear her down and wait for her to come around. After numerous meetings in the small town, a little help from Dwayne’s friend and Blair’s daddy she finally agrees to go out with him a few times. I was a little disappointed that Blair remained fairly oblivious about Dwayne and his feelings. Dwayne made no secret of the fact he was seriously into Blair and while nothing was stated explicitly I truly feel like he also made it crystal clear that he wasn’t just fooling around or “having fun” as Blair continually stated. I thought the seriousness Dwayne felt for Blair was clear to see, so Blair frequently insisting they were just “having fun” and “not dating” etc started to grate on me a little. I sort of got where she was coming from – having been really hurt in the past – but I couldn’t help feeling that her blindness when it came to this matter made her seem silly and foolish, not just understandably trying to protect her heart. This was my only real problem with the story though. I loved the pacing – slow enough that I got a good feel for both Blair and Dwayne’s characters and also slow enough that the building of their relationship felt realistic and stable, but neither did it drag on – the author walked a great balance I felt between slow and fast. The sex was hot and spicy and with just a bit of dirty talk and fire between the two characters it absolutely ticked the “erotic romance” box for me, personally. Again I felt the author made the sex edgy and dirty enough to titillate but didn’t push the envelope and possibly risk offending some readers. I thought this was really well handled. A fiery and spicy read with strong, believable and realistic characters and a lovely slow burn to the relationship I thoroughly enjoyed this story and can happily recommend it to other readers.

Wonderfully done miss Sam Crescent, short, sweet, right to the point. I&#039;m giving this book 5 stars, you deserve it, until next time

It was light read with no dramas. I easily was drawn into the story. And I liked both, Dwayne and Blair. Well, okay. I liked Dwayne more. Lol. From the beginning Dwayne was like a dog with a bone. It was entertaining to see how tirelessly he run after Blair. I liked it, that he didn&#039;t give up and fought for what he wanted.