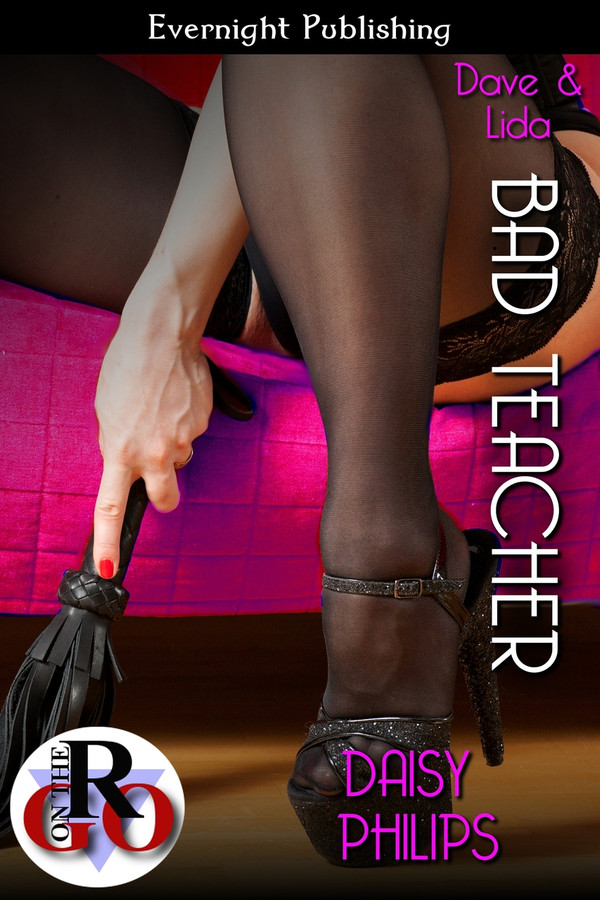 Dave McKenna is up for a promotion at work and the one person who stands in his way is corporate instructor Lida Lawrence. She doesn’t think that nice-guy Dave has what it takes to be an executive so she offers him a weekend tutorial. If he passes, she’ll recommend he get the job.

The weekend tutorial is actually an intense hands-on thirty-six hour session with Mistress Lida. Will Dave submit to Mistress Lida’s unique training methods or will the student become the teacher?

“Last chance, Mr. McKenna.  Cross this threshold and you are mine for the next thirty-six hours.  You will pay for what you’ve done.  You will obey me and do whatever I demand in order to prove you deserve this promotion.  Make your choice, but if you step across that threshold know that I will push you hard and make you learn things about yourself that maybe you don’t want to know.  This isn’t going to be easy, but if you can handle it, you will reap the reward.  In fact, it will probably be the toughest thing you have ever done.  Last chance to quit, Mr. McKenna.”

He couldn’t see where she was.  Behind the door presumably.  He wasn’t going to be scared off.  “There’s nothing you can do that will deter me, Ms. Lawrence.  I’m the best candidate for this job. I’ve worked hard for fifteen years and I deserve it.  And if I need to spend the next thirty-six hours proving that to you, so be it.”

He took a deep breath and stepped across the threshold.  The door swung shut behind him.

“I’m glad to hear that, Mr. McKenna.  Challenge accepted. Now put your bag on the table to your right.  You won’t be needing it. Then to into the living room and wait for me.”

Dave deposited the case as directed and then moved slowly towards the living room.  Stopping at the threshold, he looked around.  All the furniture had been pushed against the walls, even the coffee table.  There was a single pillow on the floor placed a few feet in front of a large armchair.  There was a matching couch and a couple of other chairs.

“What’s so funny?”  Lida’s voice sounded different somehow, but there was no time to figure out why.

I love seeing these two get up to their adventures. Always a fun read :-)

Crawl for Me by Daisy Philips

Lida and the Deputy by Daisy Philips