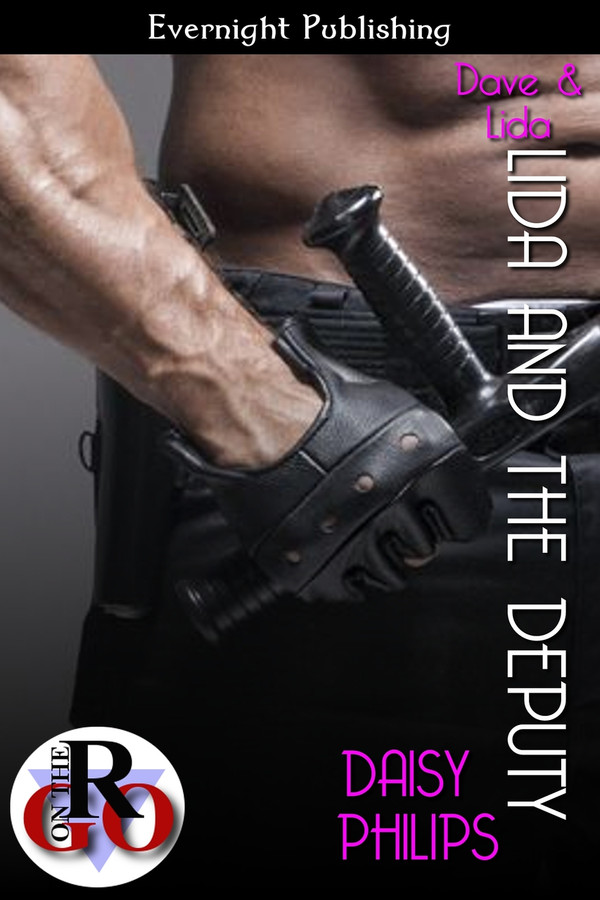 Lida is looking forward to a sexy weekend away with her husband.  The kids are gone and it’s just going to be the two of them.

Deputy Dave wants Lida from the moment he sees her.  And when he realizes that she’s driving a car she doesn’t own, he’s got leverage to get her just where he wants her—under him.

Lida’s actually driving her mother-in-law’s car, but she can’t prove it.  The deputy threatens her with jail time unless she is very, very nice to him.  She protests, but he gives her an ultimatum.

In more than ten years of marriage, she’s never cheated on her husband, but surely this counts as extenuating circumstances, right?

A shadow fell across her table.  She looked up.  It was the cute cop.

She knew her voice was a little breathy.  He was standing, almost looming over her.  She could see the muscles of his shoulders and biceps straining at the fabric of his short sleeved shirt.  He was more muscular than she’d thought.  Damn, he was hot up close.  She’d always had a secret fetish for men in uniform, but she was happily married to an accountant who loved her as much as she loved him.  She could admire this lawman though.  She let her gaze wander.  There was something else straining at the fabric of his pants.  The man was packing more than just a gun.  Even soft, he seemed to be amazingly well endowed, perhaps even more so than her husband.  She swallowed hard and forced her eyes back up to meet his.

“Are you new in town?  I don’t recall seeing you before, and I would never forget meeting a beautiful woman such as yourself.”

Lida felt herself blush.  Her husband called her beautiful, but there was something about a stranger, especially a man in uniform…

“I’m just here for a couple of weeks on vacation.  Deputy…”

She stood and held out a hand.  “Nice to meet you, Deputy McKenna.  I’m Lida Lawrence.”  She saw his eyes narrow at her use of his title.

He took her hand in his much bigger one.  He didn’t shake it right away, though.  He held it for a moment, clasped in both of his.  Their eyes locked.  Then she tugged her hand away.  She was a married woman.  She knew she was allowed to look.  She wasn’t dead, after all, but there was something about this man’s touch.  It was playing with fire.  She was happily married.

“And how long are you going to be in town, Lida Lawrence?”

“Just for another week.  My husband, he could only get one week off work.”

“And just where is your husband?  If I were him, I wouldn’t let such a beautiful woman out of my sight.”

“He got stuck at the office.  I came up here last week with the kids and my mother and his.”

He smiled and looked around.  “Are you waiting for them?  Your kids and mother, I mean.”

“Yes, I mean no.  I mean, the kids and the moms have gone away for a couple of days to some amusement park south of here.  My husband is on his way from Chicago.  He’s an accountant.  He had to work late, but he’s on his way now.  He’ll be here in a few hours.”

“They’ve left you by yourself.  Such a beautiful woman should never be left alone.  You never know what could happen.”

Another awesome short story with Dave and Lisa. I love this little short series and can&#039;t wait for the next one.

Crawl for Me by Daisy Philips