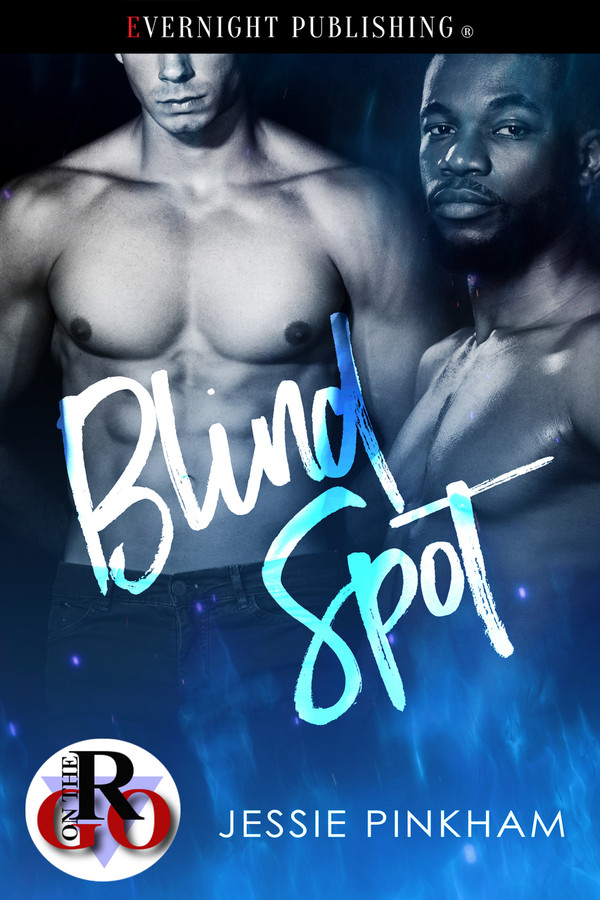 Ben has a sixth sense for love. He can instantly pick out partners who will be together for life, like a modern Cupid. Unfortunately, his gift has a serious limitation: he can’t use it on himself.

Emotionally scarred by his parents’ acrimonious divorce, he doesn’t trust love he can’t sense. This drives him to bury his feelings for Isaiah, his friend with benefits, because he can’t stand the thought of losing him to a bad breakup. Then he finds out Isaiah is in love with him.

He’s used to dealing with guaranteed happily ever afters. Now he has to decide which is more important: the promise of forever, or the man he wants to spend it with.

He wished his grandfather was still alive to meet Isaiah, because then Pops would’ve been able to tell him if they were a match. Now all he could do was hope his cousin sobered up or by some miracle he found another person with his gift. Maybe he should see if there was a secret message board for this kind of talent.

After all, Cupid couldn’t shoot himself. Ben was his own blind spot, so he had no way of knowing if he and Isaiah were destined to make a great couple or not. It was disconcerting beyond all measure to look at other people and simply know, and yet have no clue whatsoever about himself. This explained his chronic singledom.

In the meantime, he and Isaiah were fantastic friends who sometimes hit the sheets together. It could’ve been a lot worse, and Ben tried not to dwell on any lingering dissatisfaction with his life. He wasn’t setting himself up for a protracted, messy breakup, and in his experience, avoiding such a trauma was worth not acting on a long shot.

Couples who weren’t a perfect fit broke up all the time. Friends, statistically speaking, stuck around much longer, and having Isaiah in his life was infinitely better than not, so friendship was a better choice.

They didn’t finish the pizza. Sex wasn’t as fun if the blood was going to your stomach instead of your cock due to stuffing yourself beforehand. When the leftovers were in the fridge Isaiah said, “I don’t want to think right now.”

He sometimes preferred to let Ben make the decisions so he could turn his brain off, and that suited Ben just fine, not least because it was an action he could take to make his friend feel better and escape shitty reality for a while. The sexiness didn’t hurt, either.

“I can be persuaded to take care of the thinking.”

“Yeah, your dick is reliable that way.”

This wasn’t just Ben’s dick, though it was admittedly signaling enthusiasm for the prospect. He wanted to give Isaiah happiness even more than he wanted to get off, and he also had an inkling that his priority here suggested he might need to reevaluate his stance on risk aversion at some point.

If only there was a way to know. The more these thoughts about Isaiah niggled at him, the more annoyed he got that he could, at least in theory, discern ideal partners for everyone else in the world and meanwhile be blind and deaf to his own man. But there was no way to find out, not at present anyway, and Isaiah was there asking for him to make the evening a sexy diversion, so that was exactly what he intended to do.

As expected, the condoms and lube were already on Isaiah’s nightstand, just waiting to be put to good use. Ben looked at them and briefly debated suggesting a bit of kissing before they got going. Then he rejected the idea. They didn’t kiss, as a general rule, and Isaiah didn’t need him changing the game today.

Instead he pulled Isaiah’s shirt over his head. There should be some kind of rule against covering up such a good-looking chest. Isaiah was all smooth brown skin and toned muscles, with no pesky hair obscuring the view.

“Always so hot,” he said. After all, everyone liked to hear something nice when they were having a bad day, and this was completely true.

Isaiah was getting better about accepting such compliments. You’d think by thirty-one a guy would believe it when someone told him he was hot, but he always compared himself to his gym rat brothers with their Mr. Universe abs and bulging pecs. Said brothers looked at ice cream like you were offering them arsenic. Ben much preferred Isaiah’s regular-guy hotness and willingness to join him for dessert as opposed to lecturing on the evils of refined sugar.

This time Isaiah smiled like he actually believed Ben. “You’re not too bad yourself.” Then he unbuckled his belt with a sultry gaze aimed at Ben’s crotch.

Ben appreciated the sound of a belt buckle being undone. There was so much potential in the situation, so many delightful permutations of fun to be had all wrapped up in glorious anticipation. Ever since he’d let this information slip, Isaiah had been working his belt to maximum advantage. Ben had no complaints.

He got a move on as far as his own disrobing went. Seeing Isaiah drop his pants was a good incentive there, and Ben unbuttoned his shirt as fast as possible. He had entirely too many clothes on.

This was my first work by this author. It was an ARC that I chose to review after reading it. Since I was under no obligation to post a review I felt I could be truly honest. I was disappointed that the story was too short I wanted more. I know Romance on the Go stories aren&#039;t long, but 542 locations on my Kindle when I was expecting nearly 800, made me sad. The story grabbed my attention immediately (even though I was supposed to be getting ready for work) because there was a Miniature Dachshund that played a part in a matchmaking set-up. The author&#039;s very accurate description of my barky babies may have biased me a little. But then the story of a long line of Matchmakers was quite interesting. I enjoy Dating Site, Matchmaker, and similar type stories/books. So this is a cute Cupid story with the twist of being a nonshifter interracial, friends to lovers storyline with an interfering sibling also. The Cupid in this story needed those small mirrors you place on your car&#039;s side mirrors to reveal what&#039;s hidden in your blind spot. It can be shocking to glance over your shoulder and suddenly see another motor vehicle so scarily close to you. As surprising as when the love of your life has been in your blind spot all along.

His for Keeps by Jessie Pinkham