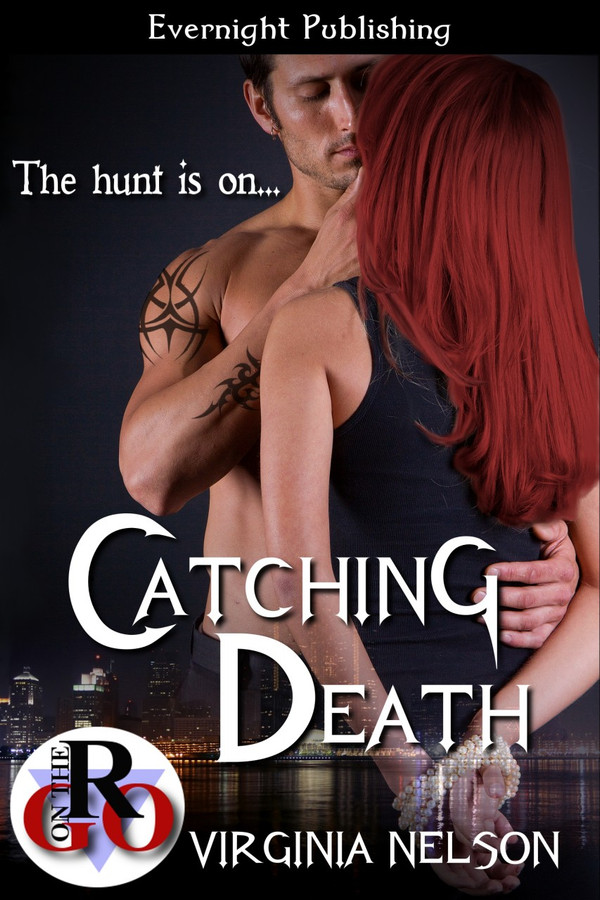 She died to save her sister…

And now she is trapped in a hell on earth.  Collecting the souls of the recently deceased, Bianca Carter job has no benefits, no vacation time, and no pay.  Her only comfort is that her sister lived on…until Death sends her to collect her sister’s soul.

Bounty hunter for all things paranormal…

His job takes him places he only dreamed of going growing up a country boy.  Drake Green’s newest job?  Catching one of Death’s reapers for refusing to do her job. She needs to be punished.  Once he meets her, he finds he can think of more delicious ways to accomplish this than Death has planned.

The hunt is on…

Spinning, she tried a sweep kick to knock him off his feet but her attacker was faster.

Before she could try anything else, her face was pressed to a wall, his body pinning her like a butterfly on a needle.

“Why do you keep running?”

Breathing out, she closed her eyes and concentrated on creating stillness inside herself. She needed to think and the feel of his body against hers made it hard.

He is so hard.

Breathe in. Breathe out.

Ignore the musky scent of him.

His teeth closed over her earlobe and her eyes opened as she gasped. Liquid desire pooled between her legs. No one controlled her passion like him. He seemed to possess the singular ability to make her body go molten with a touch.

Her voice reflected none of the conflict going on in her mind.

Okay, so once again, I loved a book by Ms. Nelson. Ms. Nelson is quickly becoming a favorite on my list of romance novelists. Very rarely lately have I been able to read a book and picture things so well that it’s like a movie inside my head. It used to be like that all the time, but it hasn’t for some time. This new take on the idea of reapers is an absolutely exciting adventure! Oh and the passion between Drake and Bianca? What more could you want from a delicious romance novel? The hunt is on for Drake… But your hunt is over after reading this book!

I couldn&#039;t put down this one. I&#039;m into stories with a paranormal influence. I fell in love with the main characters. This would make for a great series

Her Sexy Skunk by Virginia Nelson