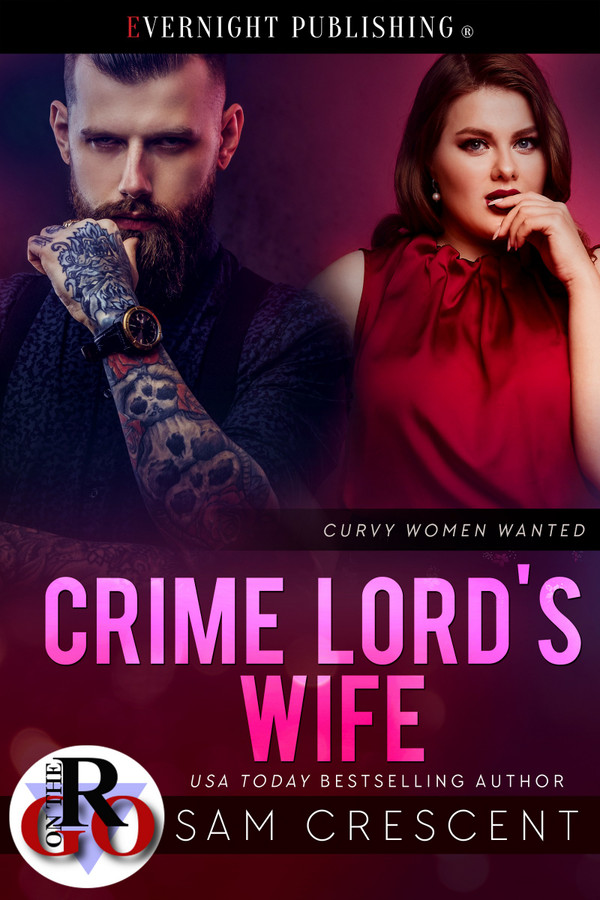 Rose hates her husband and their relationship is dead, not that it ever began. It’s over and she wants a divorce. However, his gambling has handed her straight into the arms of a monster, Jared Cain, the city’s crime lord and all-around dangerous man.

What she doesn’t know is she’s now Jared’s wife.

From the moment he saw her picture, he was curious about her and determined to win her. Women rarely entertained him for long, but one look, one touch, and the feel of her, and Jared was hooked. He’s going to keep her for himself.

It’s not love. There’s no way this could be love.

Only, each day Rose spends with Jared, her feelings for him intensify. He’s not a nice man, but there’s more to him than meets the eye. However, what will happen when they discover she’s pregnant? Will Jared get rid of her or will he admit to having feelings for her as well?

Jared expected the injustice, the anger, the resilience. After all, he’d just gone and told a strange woman that she’d become his. She now belonged to him. Every single part of her was nothing short of curvy perfection. The moment Sean put his wedding band in the ring and showed a picture of his woman, Jared had known he wanted her. Who wouldn’t with those big tits, full hips, and rounded ass? Every part of her called to him to possess. He wanted to fuck her, to hold on to those generous hips as he pounded inside her.

He’d felt an instant heat in his cock and the need to see her in person, to take her, well, it had only gotten stronger. What he found even more fascinating than her indignation was her curiosity. Rose wanted him, or at least her body did. The shirt she wore molded to every single curve and the tightness of her nipples were a calling to be sucked. When he first saw her tonight, he thought he was going to have to go easy on her, but there was something between husband and wife, something he wasn’t quite sure of.

What Rose Miles didn’t realize was the true extent of ownership he now claimed over her. The moment Sean had placed the wedding band within the circle, lawyers had been called, documents already signed. All he needed to do now was get Rose to sign them, and of course, the necessary paperwork was being drafted for her to become his in every sense of the word.

He closed the door behind him and watched as she stood, hands clenched at her sides, waiting for whatever instruction she needed. Along with the marriage documents, he’d organized a full background check so he could know everything there was to know about his wife.

She glanced around the apartment.

What was she thinking? She bit her lip. Those white teeth sinking into the flesh but not drawing blood. He wanted to run his thumb across her lip, to know everything about her, and this was indeed a unique situation.

Most women kept his attention for only a few minutes. He could fuck them and forget them just as fast. There was no doubt he was damn good in bed. When it came to the opposite sex, he never went out of his way to make them comfortable.

Walking past her, he went straight to his whiskey stand and poured them both a small glass. He didn’t say a word as he moved back to her. She still stood in his corridor. Placing the glass in her hand, he stared at her, waiting.

She took a sip, wrinkled her nose, and downed the rest.

Smiling, he took the glass from her and moved toward his kitchen, putting them in the sink. He gripped the edge of the counter, realizing he had two options here. One, leave her alone and allow her to become accustomed to what was happening, while getting blue balls in the process. The second, go out and see if his suspicions were correct.

He stared at the wall ahead of him.

This wasn’t like him. He wasn’t a nice man. To get what he wanted and where he was, he’d hurt people, and he had no remorse about that.

Slamming his hand down on the edge of the kitchen sink, he then moved out to where she still stood.

She looked at him, and he kept his gaze on her.

He closed the distance, sinking his fingers into her hair. He didn’t talk, tilted her head back, and slammed his lips down on hers.

She gasped and as she stepped back, he followed, pinning her up against the wall. He lifted her hands, pressing them either side of her head. Tracing his tongue across her bottom lip, he heard her moan and he shoved his tongue into her mouth, tasting her. He swallowed down her moan, teasing her.

Locking both of her hands above her head in his tight grip, he slowly teased a finger down her body, stroking across her beaded nipple. She was aroused.

He moved down to cup between her thighs. The jeans she wore got in the way. Popping the button open, he shoved his hand inside her panties and finally touched her to find her soaking wet.

Rose cried out, pulling away from the kiss. “We shouldn’t be doing this.”

Awesome , hot sweet sexy ... He fell in love with her picture she was afraid to love him .. It took time but they got their HEA

This is the story of Rose who is married but her husband lost her to the crime boss Jared. This story is an instant love for Jared but Rose doesn&#039;t know what tonthink. Great charts and a great story. Great book for on Sam Crescent but when you get her books you can expect great stories.

Another quick and hot read from Sam Crescent in her Curvy Woman Wanted series. The heroines in this series are always feisty and don&#039;t take guff from anyone and Rose is just like this also. Jared wanted her the first time he saw her but didn&#039;t believe in love. Will Rose slowly change his mind?