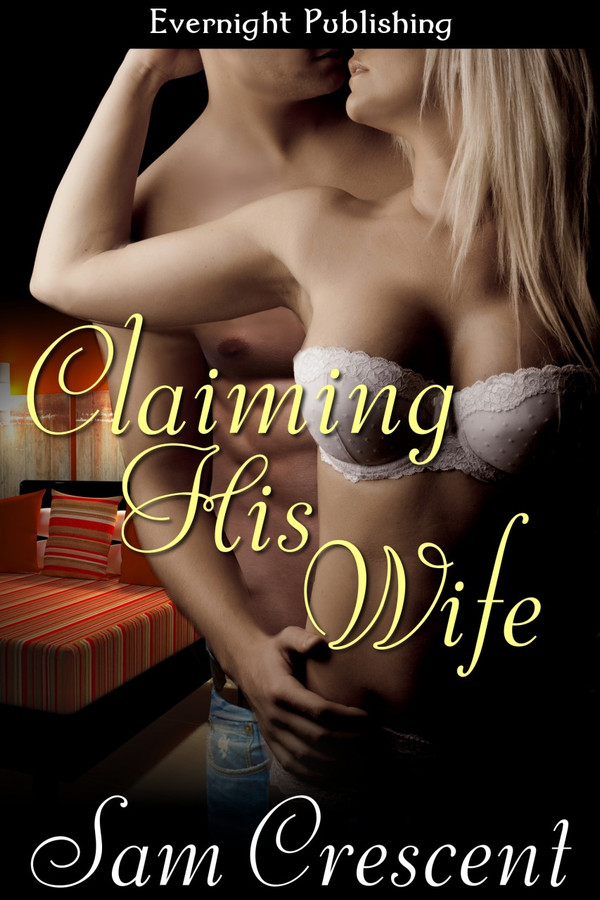 Opal Shaw has loved Tony Hunt for as long as she can remember. However, he is older than her and her brother’s best friend.

Two years have passed since he saved her from a loveless marriage. When she catches sight of an article comparing her to one of his women, Opal knows it’s time to bring their marriage to an end.

Slapped with divorce papers, Tony refuses to sign them. He has stayed away from his wife because of his own demons. Tony wants a second chance to prove their marriage was meant to be.

Tony Hunt will not take no for an answer. No one is going to stop him from claiming his wife.

“Who’s that woman you liked touching so much?” she asked. He detected a note of jealousy in her voice.
“Why, little Petal, are you jealous?”
“What do I have to be jealous about? You don’t touch me or come near me. It’s not like we’re really married, is it?” He detected the challenge in her voice. She didn’t know it, but it awakened him.
“You don’t think we’re married?” Tony moved her until her back pressed against the outside brick wall. “Do you let any man touch you like this?” He cupped one of her breasts in his hands, his finger grazing her hard nipples.
She moaned, and he tweaked her nipple. “These tits are mine,” he said. Taking hold of one of the straps, he pulled it down exposing her breast. In the darkness he couldn’t see her properly. Did she have large or small nipples? The weight of her breasts felt good in his hand.
“What are you doing? Someone might see,” she said. She tried to pull the strap up to cover her body from him.
“Do you think I’d let someone else see what’s mine?” he said.
She let her hand fall to her side.
“You want me, don’t you, Petal?” he asked.
“Don’t make me answer that.”
Licking his lips, he smiled. Opal was playing hard to get. She’d unleashed the animal in him, and now she’d have to pay the price. No one challenged him.
He pressed the palm of his hand against the apex of her thighs. When they’d been in Richard’s house he’d touched her through her jeans. With her dress, she was more open to him. She couldn’t hide what was his.
One hand at her cunt, he used his other to lift her dress from under his hold until he felt the fabric of the red, French lace knickers he’d told her to wear.
She gasped. “Tony, what are you doing?”
He loved hearing his name on her lips. “Claiming you.” He slammed his lips down on hers, taking possession of her mouth while his fingers moved the fabric of her panties aside. In seconds he was touching her wet slit.
Pulling away from the kiss he stared down into her eyes. They were open wide in shock.
“You’re touching me,” she said with a gasp.
“You’re fucking wet, Petal. Have you been holding out on me?” He wouldn’t go inside her. The pleasure would be for his dick when he finally took her sweet virginity. He wanted it all. Everything she had to offer. The time of debating was over. Opal Hunt was his wife, and from this day forth he was going to fucking have her. He no longer cared that she was his best friend’s sister. Opal was his, and that is the way it would remain.
“You want me, baby.”
She moaned as he fingered her clit. The swollen little nub responded to every touch. Her body shook. Inserting a leg between her thighs, he used his other hand to take hold of hers. “I want you to touch me.”
Pulling away from her hold, he unzipped his trousers and pulled his cock out. In the darkness she wouldn’t be able to see the length. He needed to have some form of relief by her hand, at least for a moment. If he didn’t shoot his load he would combust from the building desire to have her.
His balls were tight, and he knew with a few strokes he’d come. He moved her hand to cup him. “I’ll show you what to do,” he said. With his free hand, he began to stroke her clit. With the other wrapped around her hand, he showed her what he wanted, guiding her hand over his cock.
Other Books in the UNLIKELY LOVE series:
Blackmailed by the Beast
Contract of Shame
Claiming His Wife
Seducing Her Beast

Sam Crescent’s Claiming His Wife is a very sweet and captivating story about exploring your insecurities and learning to love. Both Tony and Opal are flawed characters. Tony is from a family where abuse was prominent, and he fears that he might repeat the process. Opal’s family verbally abuses her and constantly points out her physical imperfections, making her feel she isn’t worthy of love. From such discouraging odds, Tony and Opal face their insecurities and realize how much they love each other. They experience many problems along the way. Tony’s father objects to his daughter-in-law’s appearance, her family hates her for not going through the arranged marriage, and one very devious woman has her eyes on Tony. Despite numerous problems, Tony and Opal fight for their love.

This wasn’t a new story line, but is always an entertaining one. Tony and Opal stalled in their relationship after they said “I do.” These two have an age gap. Before marriage Tony was more of a mentor and Opal was a worshipful teenager. They had quite a leap to be sure, and Tony did the admirable thing and waited for Opal to grow up. He said some hurtful things on their wedding night that Opal had a hard time getting over. I guess Tony matured. What was off-putting became a victory of sorts. Claiming His Wife is a good read that concludes the Unlikely Love Series. Opal is a woman growing up in the modern British Aristocracy. What does that mean? She must look, talk, dress and date a certain way. Too bad she doesn’t meet any of the criteria required. And her mother never fails to point it out. When she finds herself on the altar about to marry a man she can’t stand, and who has shown he can’t be faithful, she turns to her childhood crush Tony for comfort. What she gets is a different groom; Tony marries her to save her from a miserable marriage only to trap her in a limbo. She is a wife, but in name only. When she decides it’s time to sever her connection to Tony things start to change, for the better. Tony thought he was being chivalrous by marrying one of his best friend&#039;s little sister’s. Instead he got two years of longing he doesn’t dare act upon. She’s way too young, and he’s way too jaded. So he just goes with the flow, providing for his wife without any of the benefits. But what happens when she wants those benefits and not necessarily with him?

The Claiming by Sam Crescent