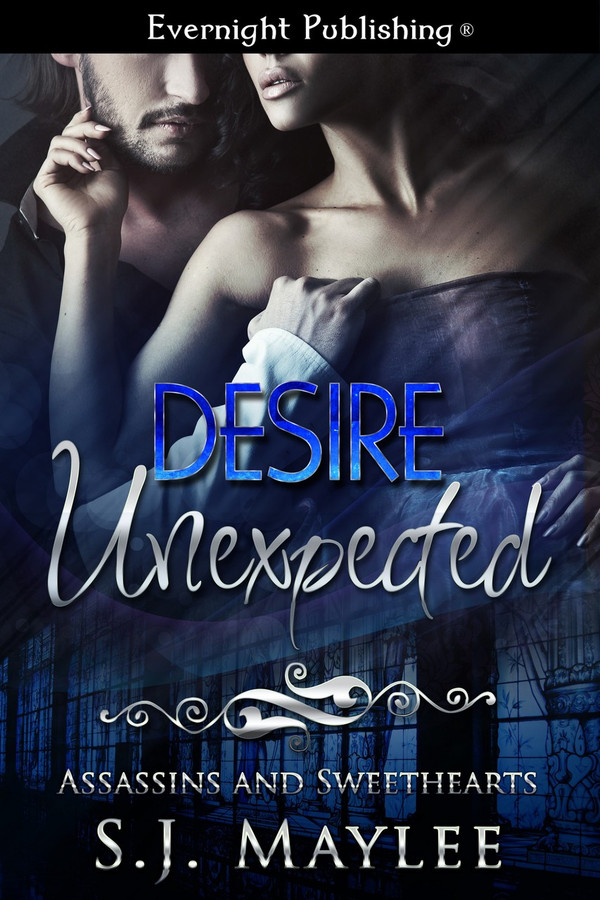 Life is passing Nadia Duskin by from her position in the mailroom. It only fulfills two necessities: keeping the repo man away and keeping her up to date on her sexy CEO.

Ethan Wright is prepared to frighten and fire the nosey girl who sorts his company’s mail. After engaging with her at one of his favorite places in the world, he digs deeper.

Together, they find the kind of pleasure that could keep them satisfied for a lifetime. Her love may be the key to putting both of their lives back on track, but to what end? When a man he’s been contracted to kill threatens Nadia’s life, he forces her to face reality. Either they’ll delve deeper into the desires neither expected or they may die trying.

“It reminded me of you.” He shook his head. “It’s just from the museum gift shop. I wanted to give you something for putting up with me. I hope you like it.”

“Thank you.” She took the little box and sat on her battered sofa. “Please, take a seat.”

He sat next to her, but kept to the edge, confirming there was nothing relaxed about this visit.

After slipping the green ribbon from the box, she pulled off the lid and pushed back the tissue paper, revealing the item she’d so long desired. Her heart raced and she scooted closer to him. He had no idea what he’d done. Her secret crush giving her the piece of jewelry she’d long desired was incredibly perfect. Neither were really her style and she wanted them all the same. She looked at him with heavy tears stinging her eyes. Brushing the box from her lap, she slipped the bracelet onto her wrist.

“You’re welcome. I’ve enjoyed our time together.” He brushed away the tear that had rolled down her cheek and cupped her chin.

“Don’t say that like it’s over.” She took a hold of his wrist and pulled it into her lap. “It’s not, right?” Panic raced over her. If he wanted to leave, she wouldn’t stop him, but her whole body hurt with wanting him to stay.

“I’m no good for you, Nadia.” He took hold of her hands. “You deserve a nice man with an uncomplicated life. I can’t give you what you need.”

He took a hold of her shirt, not pulling her closer, just squeezing the fabric in his fist.

“I don’t know what’s going on with you.” She brought her touch back to his hands, trying to ease the pressure. “I just know the only time I feel alive is when I’m with you. You’re on my mind constantly.” She lowered her gaze, losing her courage by the second. “There’s something between us and I want to explore it. I want to know what drives you insane with need. Don’t you want me too?”

“Shit, Nadia, I haven’t stopped thinking about you since the first day at the windows.” He let her go and pulled out of her reach to slip around to the other side of the couch with his back to her. “I want things from you that I’m certain would frighten you.”

“I doubt that.” Knowing she had to make her move now or risk losing him forever, she pulled her shirt over her head and tugged off her sweatpants, tossing them both on the chair. “Do you remember the questions I asked about you before we met?”

“No, I’m not into fire play, but I have a feeling you know what I need.”

“What …” He turned, his gaze swept over her body and he brushed his hand over his mouth. “You take my breath away.” He stepped toward her, adjusting the bulge in his pants. “You think you want to play?”

“I do.” She sucked on her lip, wishing she’d worn her one set of matching bra and panties.

“Fuck, I want this” He brushed her skin ever so slightly up her arms, across her chest, and down between her breasts. “I’ve had dreams about this moment.” He raised her chin, forcing her to look at him. He dragged his fingers through her hair and tugged the length of it back. “I want you at my mercy. Do you have any idea what it’s like to give someone like me control?”

“Yes, sir.” She arched her back, revealing her neck. He kept pulling and tingles of pain danced along her scalp. “Please.”

“Are you already asking for mercy?” He tugged her hair again “I don’t think you know what you’re starting.”

“I don’t want you to stop. I want more, sir.” Her breasts pushed against his chest and her grip on his arms tightened. “I want to know.”

I don’t know about any of you, but I have a tendency to do two things when reading a good book. one) I tend to put myself in the female lead’s place, after all, that is what escapism is all about. Two) I also tend to play books out as a movie in my head, complete with dream cast. For me, Ethan Wright was Channing Tatum. So, to say that this book got me seriously hot under the collar would be an understatement of epic proportions. I’ll give you a brief synopsis. Nadia Duskin works in the mailroom at her boss, sexy Ethan Wright’s company. This fulfills two purposes, it keeps her in her apartment, and it lets her ogle and keep in the loop about Ethan. One day, on her daily lunch trips to the Art Institute, said sexy boss shows up to ask her why she’s been asking about him. Because asking questions about Ethan typically gets one fired. But once Ethan gets a taste of Nadia, he wants to spend more time with her. And as he leaves her standing in the rain, he decides instead of firing her, he’s going to fix her deplorable food truck habit. But Ethan is an assassin. And he can’t afford to let distractions get in his way, so after having lunch every day and then the hottest non-vanilla, vanilla sex ever, he decides to keep his distance. Until Nadia sees something she shouldn’t. This, happily for me, is just the start of this incredible series by S.J. Maylee. Every page invites you to keep going, you want to know what’s going to happen next. The characters were real, and I found myself rooting for a happy ever after. S.J Maylee is most definitely on my one-click list of authors to buy from.

I loved this book! I am so excited about it too, because I&#039;ve never read any books from SJ Maylee before, and I now have a new favorite to add to my list. I loved the characters. I loved their relationship. I loved the sex. I loved the...well, I loved the love. It was one of the hottest books I&#039;ve read in a long time. I squirmed in my chair and read passages out loud to my husband. I finished it in the early morning hours of July 30th (because I couldn&#039;t sleep until I finished), and that was my birthday. What a gift I got! I can&#039;t wait to read more of SJ Maylee&#039;s stories. I&#039;m SO highly recommending this one.

Nadia starts asking questions about Ethan and he becomes curious and starts asking questions himself and follows her. These two start meeting for lunch and I love that they go to the Art Institute. Nadia gets jealous after spending a night with Ethan and her whole world changes. Ethan can&#039;t stay away from Nadia. Ethan&#039;s friends are really interesting and this book has some suspense. I really enjoyed Nadia and Ethan and am curious about Ethan&#039;s friends and the blonde gal.

Wow! SIX stars! I loved this book, and it is SJ Maylee’s best one so far. Nadia is a mail room clerk who works for a company but isn’t allowed to know what they do. What she does know is that she’s helplessly attracted to her boss, Ethan. When her questions into his private life attract too much attention, he plans to scare her, and then fire her—but his desire for her won’t allow it. There is an undercurrent of moodiness, secrecy, and sexiness that runs through this novella that pulls the reader from page to page. I read it in one sitting and couldn’t put it down. I can’t wait to see what SJ does with the rest of the series

To say I was excited about this release would be an understatement. So once I got my greedy little hands on it, I read it at once. I knew I would love Ethan but I wasn&#039;t prepared to fall as hard for him as I did. Ethan is smoking hot and Nadia is sexy as hell. Together, they are a force to be reckoned with. SJ takes us on a journey that is captivating and intriguing. You&#039;ll get swept up in the action and the passion will radiate off the page. I can&#039;t wait to see how this series will unfold.

Untangle Me by S.J. Maylee