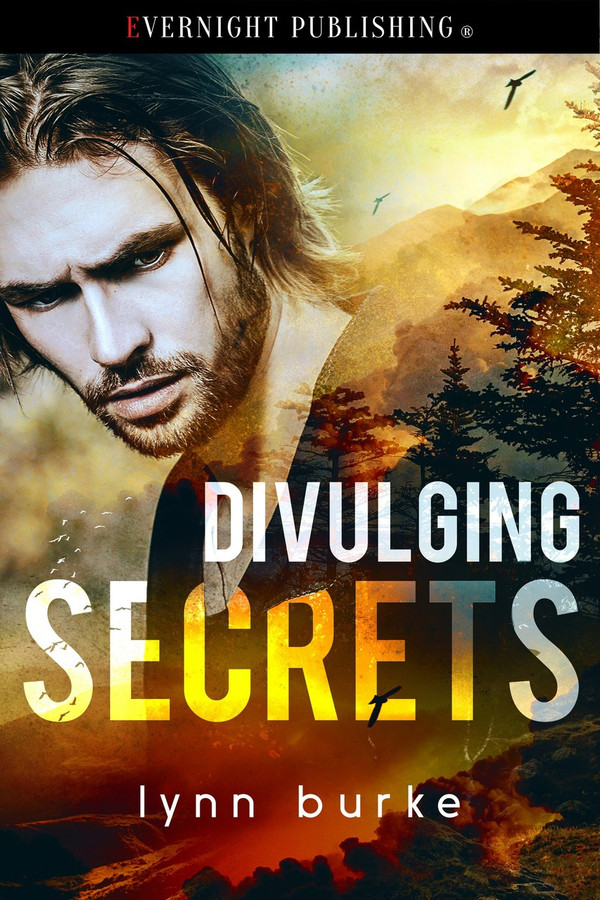 Candace Lake's testimony against her father landed her in the Witness Protection program. With a new identity comes a new beginning, one based on lies and loneliness. How can she find someone to share her future with when a relationship without trust at its foundation won’t stand the storms of life?

Tom Berkley didn’t expect his new tenant to make him question his solitary lifestyle in the backwoods of Maine. He also didn’t expect to be caught up in the secrets of her past that bring his own tragic ones to the forefront of his mind.

The sizzling chemistry between them can’t be ignored, but when the threats from Candace's turbulent past catch up with her, can she trust Tom enough to protect her from the price on her head?

I followed the two marshals carrying the four suitcases I’d been allowed to pack. Nothing personal, no documents. No electronics. I had been forced to leave behind Butter, my old tabby that I had gotten for my tenth birthday. The locket my late mother had inscribed with my name and gifted to me on my sweet sixteenth birthday still lay inside its velvet box, left with one last longing, loving gaze, same as I’d done with her in a satin-lined coffin five years earlier.

Boston’s spring air chilled me through as we stepped outside, and I gladly climbed into the dark-windowed sedan, wrapped my sweater tight around me, and allowed myself one last look at the condo Papa had bought for me.

My throat thickened, and welling tears blurred my vision. I had unknowingly helped him smuggle millions of dollars’ worth of stolen gems and jewelry to and from overseas.

I had knowingly helped put him behind bars in return for leniency in my own sentencing. But freedom had cost me my life.

Everyone and everything I had known for twenty-five years lay in my past, and a new beginning loomed before me. Where, I had no clue—and I couldn’t bring myself to care. My luxurious condo … gone. My group of friends … gone. The gym I’d been going to for yoga classes since moving to Boston for college … gone. The diploma I had received from Harvard Law School with Lila Scorzoni written on it would never hang on my wall.

I followed the marshals aboard a small, private jet inside a hangar at Boston’s Logan. Settling onto one of the seats, I tipped my head back and shut my eyes.

The knot in my stomach had twisted months earlier when my lawyer suggested testifying against Papa to save my own ass. The nauseating twist had yet to relent, but at least I’d lost those damn freshman twenty I’d picked up over the years spent in college.

The only good thing to come from the fucked-up situation that was my life.

I heaved a sigh and turned my head, opening my eyes as the plane sped down the runway. We lifted into the air, leaving my home behind. Forever.

Drawing easy breaths had proven difficult since finding out Papa wasn’t the successful business man—honest one—I’d always thought. His communications business at the office building downtown worked as a front for his shady dealings. The board of six who had helped to oversee said company, nothing more than a band of thieves.

My mind chewed on the two words, but I wondered how protected I would be. Four of Papa’s associates were in the slammer, thanks to me, and two who had last been seen overseas—one in Rome, the other in Paris—still wandered free. Two men with the connections and motive to do away with me. Money at their disposal and without doubt, thugs or hitmen on their payroll.

Where could the WITSEC plant me that would be safe from such men?

After Lila had turned state’s evidence, helping put her father in jail so her own sentence would be more lenient, she’d gone into Witness Protection and left everything of meaning in her life behind. Choosing her new name and deciding to start again in Maine, Lila wasn’t keen to have the rest of her life revolve around lies, but she had no choice. Tom is an ex-SEAL and enjoys his farm and quiet life. He’s initially reluctant to have Lila – now Candace – on his property but he figures it’ll only be for a few months till she gets her feet solidly under herself and then she’ll move on. The fact she stirs his blood unlike anyone else is just a minor annoyance he needs to overcome. While their attraction grows they both have secrets and lies that become harder and harder to keep. I found this to be an enjoyable story. Lila (who is referred to as Candace once she takes on that new identity) was a deep and complex character, which absolutely thrilled me. An only child in an exceedingly close-knit family with her mother and father I got the strong impression Lila was protected and spoiled and her life before the story was smooth, clear sailing. I was pleased she genuinely had no idea of her father’s criminal activities (I think I’d have found it vastly more difficult to enjoy or like Lila had she been a knowing participant in that) and while it was selfish of her to sell her dad and most of his partners in crime up the river to lessen her own sentence and gain access to witness protection I can certainly understand why she did it and I couldn’t fault her for her actions. With her whole world turned upside down – and having to leave all that behind her – I actually came to really enjoy Candace. Now, obviously, Lila and Candace are the same person – just different facets of the true character/person Lila/Candace is, but Candace is someone who I can see myself being friends with – a modern woman learning her own independence, teaching herself to cook and do a grocery run, searching for a job and opening a bank account, lusting after her hot, ripped neighbor. Despite the lies surrounding Candace’s past, Candace was someone I genuinely could see myself being friendly with. Candace struck me as the quintessential girl-next-door, with a real life and real problems and plenty of secrets and a past. I felt the pacing of the story was really good – not too fast and not too slow – but I also found the plotting exceptional. Tom’s knowing/guessing much about Candace’s past was intelligent and some exceptional writing. It also solved the problem (and my only twinge of concern when picking up the book) about how to get around Candace uttering lie after lie of her history and past. I usually am not a fan of stories where the entire relationship is built on a stack of lies (even for a good cause – like Witness Protection), but I found the author did a brilliant job of keeping the story real but also giving a fresh (to me, at least) reasoning behind why Tom wasn’t duped and went into the relationship with Candace with his eyes wide open. I *loved* this aspect of the story and it was like the final piece of the puzzle clicking into place for me, no worry and concern about Tom reacting to being duped, no guilt and baggage for Candace feeling like she had to build her relationship (as well as her new life) based on endless lies. It was glorious and I’d rate this easily the best style of story like this that I’ve read in years. And of course the sex is steamy hot. Like any modern woman having to start again from scratch with a deliciously hot ex-SEAL literally on her doorstep, the eye candy alone would be worth the price of admission. My only tiny disappointment was that it was mostly chemistry building up between Candace and Tom throughout the story. While they both do eventually come together and cement their relationship in a sexual sense this is right at the end of the story. I loved the fact the plot, character growth and increasing tension was so well written and such a large part of the story-line, but readers looking for a strongly erotic, sexual story might find this one aspect slightly lacking. When the climax was reached, however, it made the wait – and explosive chemistry between Candace and Tom – worthwhile to my mind. A well plotted, character-centric story with plenty of steam and chemistry, this was a great read and one I can highly recommend.