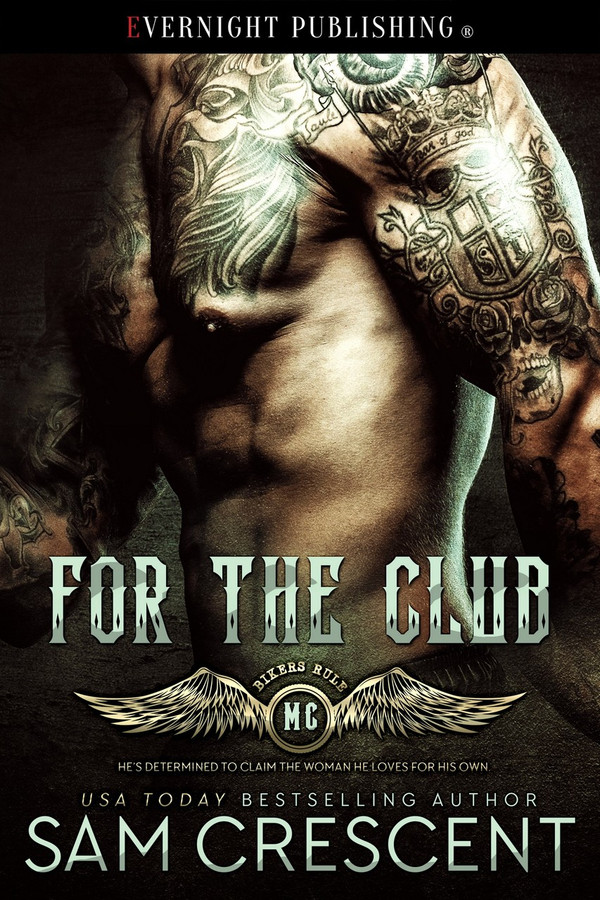 He intended to screw the enemy, not fall for her…

Jesse Jenkins is not the kind of man to settle down or follow rules. He does what he likes, and who he likes, whenever he likes. When the President of the Demons MC asks him for a favor, he figures it shouldn’t be too hard at all. Just seduce the rival president’s daughter, get the information they need, and get out.

Piper Rix doesn’t trust men easily and being the Hell’s Charter MC President’s daughter doesn’t help with her trust issues, either. She’s remained a virgin because no man wants a fat woman, and that’s how she sees herself. So when Jesse starts spending time with her, she’s suspicious of his intentions.

When Piper finds out the truth about being used, she’s heartbroken. But Jessie’s never been one to give up. He’s discovered his pretend feelings have become very real and he’s determined to claim the woman he loves for his own.

“I know what you’re thinking. I did my research on those books, Piper. You’re a hot woman at heart. You just need the right man to bring out your dirty side.” He stroked her clit, and she shuddered in his arms, unused to being touched by fingers other than her own.

“Jesse,” she said, gasping for breath.

“If you’re scared, tell me to stop. I’d never force you against your will.”

Once again he spun her to face him.

“Good, because I don’t want to stop. You’re mine now, baby.”

She liked the idea of being owned by him.

“No other man knows your body. Only I want that pleasure, do you understand?”

Stepping away from him, confused by his order, Piper took a seat on the sofa like he told her.

She stared up the length of him, watching as he tore his shirt off, revealing the many tattoos decorating his body. His arms were covered in different designs, and his body was like a landscape of hell. The designs were perfect, not revolting.

“Why did you get these,” she asked, reaching out to touch his chest. Heat radiated off him, and the electricity from the touch made her gasp.

“I love getting ink. Haven’t you ever thought about it, getting ink on your body?” he asked.

Piper shook her head. Letting anyone see her body was not high on her list of things to do by a certain age.

Jesse loves being a part of the Demon Spawn MC he enjoys the life and the brotherhood well until he is asked to seduce the daughter of the President of the Hell&#039;s Spawn MC at first he thought this would be easy until he meets her Piper.... she is different she is more... know he wishes he would have said no to his president&#039;s demands... as he has feelings for her.

Wooo!!! I just finished the quickest bad boy romance story with lots of naughty scenes, teary-eyed moments, and lots of sweets words written in a short story!!!! Jesse and Piper were the best characters for this story which is named, “For the Club” written by Sam Crescent. I liked this story, it was short and to the point. It was clearly written with an intense plot. Each scene was written really well. Description was awesome. It was easy to visualize what was going on with Piper and Jesse and I don’t just mean the naughty scenes. I also mean the feelings that quickly develop between Piper and Jesse. Jesse starts things with Piper for reason that are not very nice but he quickly learns that his motivates are nothing in comparison to what he truly wants for himself. I found him to be a really strong character to who was willing to go to bat for his own club but stand up against another club altogether. Jesse shows just how sweet he is with Piper in various places in the book. He also proves in himself a tough guy who has a way with words. I thought this was an overall awesome book that needs to get 5 stars. Piper’s character added to the greatness of this book. She started off soft and innocent and ended up someone to stand up to the men she loves including good ol’ daddy.

Everything I love in a MC romance. Alpha with a heart of gold. Sweet heroine who likes to walk on the wild side. Of course no cheating and a HEA. Love all of Sam&#039;s books!