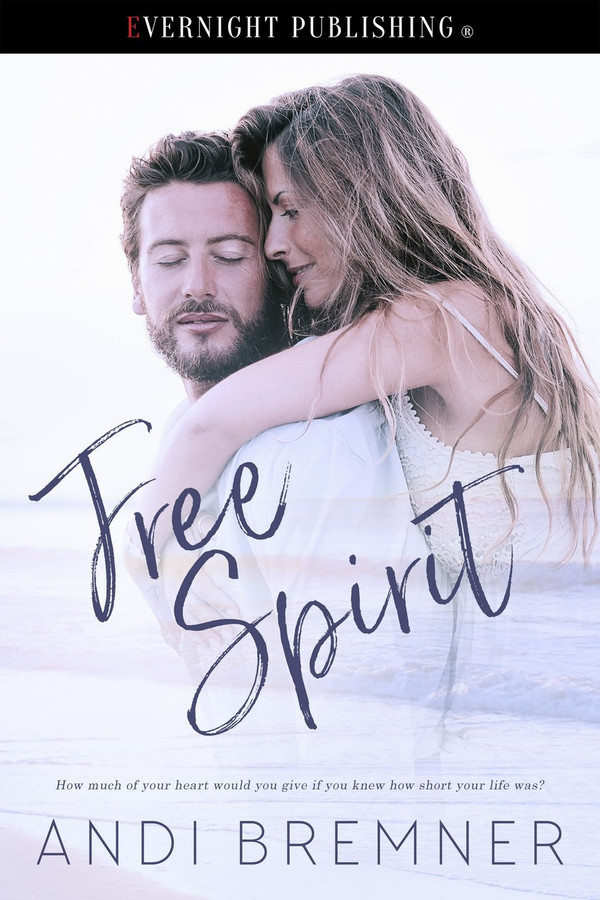 How much of your heart would you give if you knew how little time we each had on this earth?

Juliette Reynolds knows that life is a precious gift that could be snatched away at any moment. A survivor of childhood leukemia, she lives her life seeking fun, adventure, and love at every turn, making no commitments and never settling in one place. Her latest adventure has brought her from Lexington, Kentucky to Myrtle Beach where she meets Noah Daniels—a man who also knows how quickly life can be sucked away, having lost his wife in a freak boating accident three years before.

But Juliette, with her zest for life and her eternal optimism, is determined to wake Noah up and bring him back into the world of the living.  That is, until it seems like living is what she might not get to do…

Noah stared at her for a long moment. Juliette searched his eyes, the pain and the confusion she saw reflected in their depths made her heart skip a beat. She didn’t understand how he’d decided to cling to the negative when he was surrounded by so much positive. He had Renee, his family, his friends, his health, he lived in this beautiful town. How could he not go to bed each night and count his blessings? Even though he’d been through a hideous experience didn’t he see how lucky he was to have loved someone so much in the first place?

His words, which tumbled in a low growl from his lips, stunned Juliette. She could see by the way his eyes rounded that he’d surprised himself as well. Her mouth dropped open, and she tried to think of something to say.

Did she want him to kiss her? Yes. Definitely yes.

Did she think kissing him was a good idea? Probably not.

But maybe, she could chase the sadness from his eyes, maybe she could remind him that life was still meant to be lived.

Juliette’s arms came up to circle his shoulders, her fingers sliding into his hair as she tilted her head back, welcoming his mouth to hers. His lips were full and warm, and they slanted against hers. She could taste beer and mint, and as his tongue lightly traced her bottom lip she shivered. His arms came around her, lifting her to the tips of her toes as he deepened the kiss, sliding his mouth across hers and drawing her tongue tentatively into a wanton dance with his. A small sound escaped her, like a contented sigh, and she felt his arms tighten around her, drawing her closer.

He nipped and sucked at her lips, his tongue invading her mouth, and Juliette lost herself in the deliciousness of their kiss. She was in heaven, and wanted nothing more than to make this moment last for a long, long time.

When the kiss broke, they remained close. Juliette struggled to catch her breath, smiling a little when she realized Noah did the same.

“I’d better go inside,” she said after a long moment.

He nodded, but his arms didn’t release her. “Okay.”

She smiled against his mouth, and he lowered her to her feet, drawing back to meet her eyes. The slightest color graced her cheeks, and the pulse in her throat still raced. She didn’t think she’d ever been kissed in a way that left her slightly dizzy before.

“I’ll see you later,” she said, moving past him, wanting to put some space between them so she could gather her thoughts. “Thank you for tonight.”

He watched, only bothering to reply when she climbed the front steps. “Thank you, Juliette.”

A desire to travel leads Juliette to a new life in Myrtle Beach where she finds herself embracing her FREE SPIRIT. Author Andi Brenner pens a beautiful story about a woman&#039;s search for fulfillment. Enter Noah Daniels, who has had more than his share of heartache. When he &quot;saves&quot; Juliette, there are plenty of sparks. It&#039;s a story that ultimately forces Noah to come to terms with the losses in his life. The author spends a lot of time creating a vivid setting, complete with a beautiful beach view. The characters are rich with development, complex in that they have problems that must be resolved in order for the storyline to progress. Juliette&#039;s secret may be the key to her ultimately finding happiness and soothing her spirit. I liked how the author slowly revealed pieces of the secret, making this an enjoyable, yet angsty read. - See more at: http://www.theromancereviews.com/viewbooksreview.php?bookid=24576#sthash.sy9oIKSK.dpuf

This story was just lovely and I enjoyed most everything about it. Each character was well-developed, even the secondary ones, and they had the right blend of emotion to give them nice depth. There were some emotional parts, but the seriousness was offset by a touch of humor, the sweet romance that grew between Juliette and Noah, along with the scorching sexy times they had. It was satisfying to see the romance between them grow from what they thought was a “no strings” sort of relationship into a strong love neither was expecting. I would suggest this to someone looking for a heart-warming and satisfactory read.