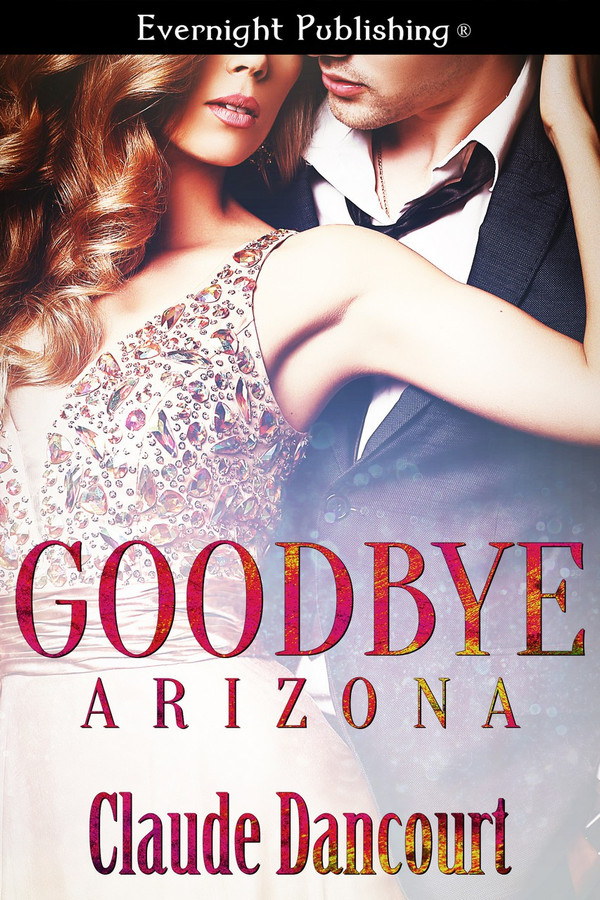 The last time free-lance journalist Deborah Stone invaded Marcus Turner Jr.’s privacy, it nearly cost her their relationship. If he finds her this time, she has little hope their love affair will survive. But she can’t resist a mystery, and Marcus’s presence at the annual Romance Society’s gathering falls right into that category. Does he know anything about the threat against the nominees for the famous Sue’s award? Deb is determined to get to the bottom of this story, no matter the consequences.

Marcus plans to rock the small world of Romantic Suspense, and he can’t afford having Deborah blow his cover before he’s ready to make his move. Unfortunately, he’s never been able to resist her, in or out of bed. He needs a chance to win her back before his plan backfires. But with one author dead and another in the hospital, the clock is already ticking down.

The fireworks died out. She wrapped her arms around her waist.

“No. I’m fine.” She obliged herself to move, to break the web his charm slowly trod around her. The forced grin almost hurt. “I’m famished. What about dinner?”

His mouth twitched. “Your clothes are probably still damp.”

“Oh.” His left hand hooked in her belt again. Deb let herself be dragged forward. “I have to keep the robe, then.”

Marcus fisted her hair. He yanked her head backward, rubbed his mouth against her. The brief contact left her breathless. “I don’t understand how I can want you that bad when you exasperate me so much.” His voice rasped with raw emotions.

Deb rose to her toes, seeking another kiss.

He complied like a starving man. His tongue pushed between her lips. When he entered her mouth, her pulse skyrocketed. Delicious shivers shook her to the core. White dots branded her lids, like the fireworks they had admired minutes—ages—ago. Deb tried to steady herself, to give back each possessive stroke, and fell short. Her skin caught fire. She danced happily through the brazier.

He finally allowed her to breathe, but she refused the respite. Her clumsy hands reached for his chest as he yanked off his shirt. One shove sent her back onto the bed. His jeans-clad knee parted her thighs while he attacked her throat. The robe blocked his way, so he straightened up again to untie her belt.

Marcus snarled as he discovered she still wore her bra yet he followed the simple cotton strap with one finger almost reverently. She yearned to return the caress, to find an anchor in the whirlpool or pull him down with her. “I want to touch—”

He lowered his head for another languorous kiss. Deb arched under him, inviting the plunder. For a second, he satisfied them both, grinding against her in return, kissing and nipping at the curve of her breast. Then the world somersaulted and spun, and she was face down in the duvet. Robe and bra disappeared, leaving her next to naked and vulnerable to his ministrations.

Sweetness replaced hunger. Feather-light kisses tickled the small of her back, caressed her spine up to her shoulder, then down again. Deb reveled in the delicious surrender, barely aware of anything but the pleasure his fingers and mouth ignited inside her. She moaned when he kissed the back of her thigh, nudging her right knee up and apart. His palm slid down her calf, to stop on the infinity symbol tattoo on her ankle.

Light-headed with lust, Deb bucked under her tormentor. He cuddled her from behind, his face buried in the crook of her shoulder. Skin met skin. Her curves crushed into taut muscles. Before she realized that he’d stripped off his clothes somehow, he buried himself inside her, then paused. “You’re perfect.”

Deb can’t believe she’s reduced to snooping in Marcus’ hotel room – again. Determined to get more fodder for her news articles she can hardly believe her luck when she strikes gold. Too late, she realizes Marcus is onto her little cat and mouse games. Will she be able to talk her way out of trouble and into his bed? This is an interesting story. While it took me quite some time to warm to Deb’s character, I greatly enjoyed Marcus and his writing career. I really disliked how Deb almost stalked Marcus, sneaking into his hotel room and then threatened to lie and say she was invited for sexual reasons when he tried to throw her out. If it had been a man doing these actions to a woman I would have stopped reading the book there and then. I felt the stalker behavior and threat of the lies would have been a complete turn-off in a hero – borderline abusive. So it wasn’t much very tasteful to my mind even though the genders of this action were reversed. It also took me quite some time to piece together the sort of relationship Marcus and Deb had. I hated how confused I felt in multiple parts – I really would have preferred if the author had made their relationship (complex as it was) clearer much earlier on so I didn’t have to backtrack multiple times trying to work things out. I also found Deb’s thought process to be rather murky. Initially she seemed completely focused on wanting her story and seemed willing to do anything, include break the law, to get her precious scoop. Later, when I thought I had a bit of a handle on her, she shocked me when she kept insisting that the murders had nothing to do with the awards or the favourite author slated to win. It had originally been Deb raising this possible threat to Marcus – insisting it was credible and murder might be performed, yet when this actually starts happening she kept insisting it was a coincidence and nothing untoward was happening. I think I would have really appreciated having Deb’s motives and real purpose/desires more clearly explained and stuck to. This might have helped me connect better with her character and enjoy her – and possibly her antics – far more. Thankfully, Deb came good in the end. While it didn’t really get rid of my initial dislike for her, deep down Deb does care for Marcus. And Marcus was a fun and interesting character. As a writer he bucks the norm for not just “regular” hero material in a story – but also for what most consider gender sterotypes in the real world. I loved reading about a male writer and the different types of bias and problems they might truly be treated with in real life. It was eye-opening and kept my interest riveted. The murder sub-plot was also really quite interesting. I enjoyed trying to put together who the killer was. There were really very few clues leading up to the big reveal – though I did manage to guess the true reasoning behind the killings. I thoroughly enjoyed the pace of the story – the intrigue keeps things moving at a quick rate and I really liked how Marcus and Deb needed to roll with the punches and just keep moving forward. Overall I found this to be an interesting, sexy read with a solid sub-plot and some hot, sexy scenes.

This was a interesting story. Loved the mystery behind the whole plot. So much going on page after page leaving questions of who done it. Loved it!

Shipped and Handled by Claude Dancourt