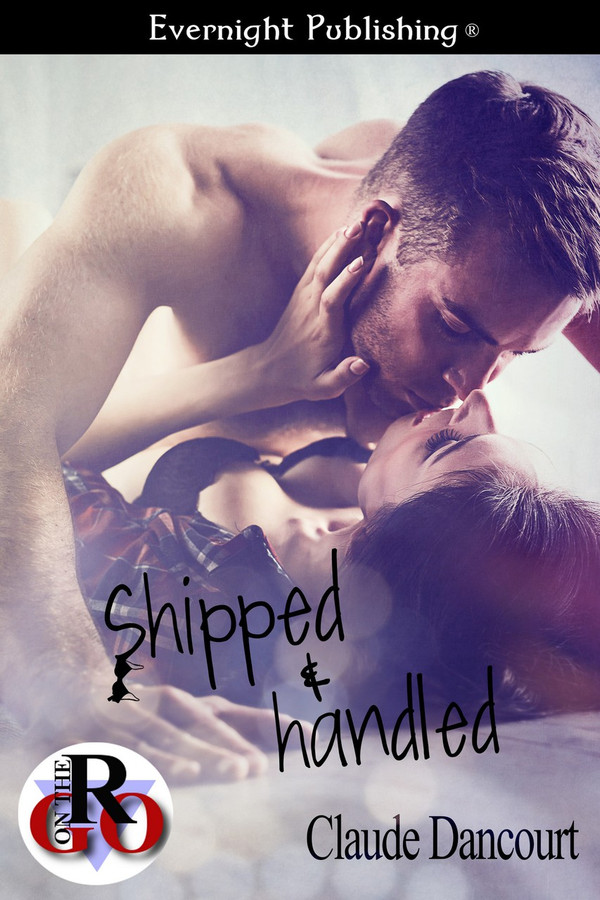 Dawn Cunningham craves winter the way other women crave chocolate. She longs for the crisp days on the slopes and the exhilarating rush of downhills runs. Once winter settles in, she’ll have her job as a ski instructor back. In the meantime, she’s stuck in a horrid brown uniform, delivering packages and letters.

On the bright side, her current delivery brings her to the town's newest—and definitely hottest—resident, Brendan Petry. The catch? She’s bringing him lingerie he mail-ordered, probably for his girlfriend. At least she’ll have a closer look at her fantasy man.

Brendan never faced a Vermont winter, but if every snowstorm fetches the delicious Dawn Cunningham to his doorstep, he’s more than ready for the cold season. But if she believes he will settle for only one night, she’d better think again.

Excerpt:
“Hello? UPS® delivery for Mr. Petry?”
“Come on in! I’ll be with you in a sec’!”
She let herself in, doing her best to close the lockless panel behind her.
A patchwork of plastic and woven rags covered the floor, but more than half the tiles underneath seemed to be missing. He had broken the wall cabinets and most of the base countertops apart. Faucets, and what appeared to be a double sink, lay between a brand new fridge and an equally flamboyant slide-in induction range. Dawn’s fantasies about the man plummeted faster than freezing rain in an ice storm.
The lunatic stood on a Gorilla ladder in the middle of the chaos, his head buried between wood beams. His jeans were covered in dust. This time, the muscular display of forearms didn’t placate her. “My God…”
“I know. Whoever made this plug should be shot dead. Give me the groove-joint pliers, will you? The one with the green handle.”
Unsure if she should laugh or flee, Dawn approached the eye of the typhoon on tiptoes. The tool was nowhere to be seen in the mess around them. Until she lifted her eyes up to his legs.
He had neglected to put on a tool belt. Instead, he had stuck various screwdrivers in his pockets and belt loops. The pincer he wanted poked out of his front pocket. She moved to grab it, then paused, fingers inches from her prize. Her package burned the palm of her other hand. “Lingerie,” she thought. Pricy lingerie that a single, straight male doesn’t buy unless he has a special woman in mind. “Huh, Mr. Petry…”
****
The female voice pleaded, close to his crotch. Oh, fuck. Brendan lost his balance, saw stars when his skull hit wood. Fuck. The ladder continued rocking under him. He tried to grasp the top step, and found silky hair instead. Arms wrapped around his thighs, hugged hard. Sultry curves pressed exactly to the right spot. Oh. Fuck.
Not daring to move, he hazarded a peek down.
Yeap. Just like he thought.
A siren enveloped him from the waist down. No wonder mariners succumbed to the species’ charms every chance they got. He would die by her mouth a very happy man. His fingers threaded the soft strands of hair to find the hot skin of a swan-like neck. The luscious pressure increased against his groin with every breath she took. Instant lust clogged his throat.
“I … I’ll come now.” The slip of the tongue made him want to bang his head on the hard beam a second time.
Some blood traveled north as he detached himself from temptation, one inch at a time, discovering more wonders as he put space—slowly—between them. Her face and heart-shaped mouth reminded him of those biscuit dolls his grandmother collected by the dozen. While he battled with lust, embarrassment colored her cheeks. She gnawed at the corner of her bottom lip. As if he would have overlooked the tiny mole right above her mouth. He had a thing for sexy moles. For sexy women whose doe eyes dilated with shock—or was it desire?
Brendan stepped forward to grab her, and bumped into a box he was pretty sure he had not put there. The ravishing inconnue glanced down and moaned, “Careful!”
She knelt—please, God—to retrieve a brown and gold three-inch-thick parcel. Brendan used her distraction to retreat behind the counter island. The distance helped him clear his head, if not quieten the raging hard-on that pointed in her direction.

I liked Dawn and Brendan&#039;s story. These two are completely different but yet they had chemistry together. A great short story.I do wish to read more from these two.