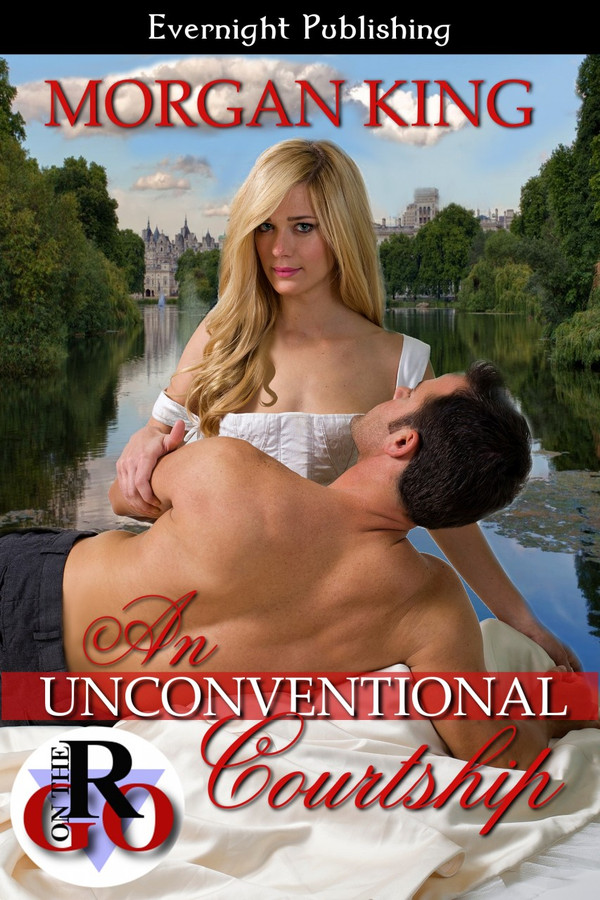 If the lady first refuses...

To marry or not to marry?

Eleanor Chatsby has her eye on a man—unfortunately he doesn’t appear to know she exists and is more interested in his hobby of bird watching.

Lord Alexander Mendton, curses his inability to communicate well with others, especially when his attention is captured by the most interesting of ladies.
One impetuous act from her and he is struck by the desire to make Eleanor his wife. Unfortunately his proposal is unexpected, poorly timed, and refused. He is not deterred and begins a plan of seduction.

Their courtship fast becomes a battle of wills. What can Lord Mendton do to capture his lady’s heart? Is he prepared to go all the way and cede her control of their relationship?

“What are you looking for, Milady?”

“Nothing.” It was strictly true. It was someone they were looking for.

“Are you sure we should be here, Milady?” Fanny asked, “There are no other respectable people about at this time of day, Milady.”

There should be. According to her information, the Viscount Mendton should be here. A couple of weeks ago his sister, Frances, had let slip that every morning he went out walking in St. James’ Park—ridiculously early. Surely, this was ridiculously early enough.

Twenty-five long minutes later, each one marked by a question or observation from Fanny, Ellie spotted him over by the ornamental waters. He was standing very still, looking up to the trees on the far side of the water. He held some strange form of spy glass up to his eyes.  It looked like there were two spy glasses joined together, in fact. Intriguing.

Ellie corrected Fanny’s trajectory, so their path would cross with that of the Viscount. He seemed absorbed in his studies, showing no sign of sensing their presence until they were directly behind him, at which point he spun round, a look of exasperation darkening his features.

“Good Morning, my Lord.” Ellie spoke as respectfully as she could manage, wanting to be proper in his presence without acting as if he were her superior. He gave the impression he was the superior of everyone quite enough, better not to encourage the tendency.

He nodded at her. Not quite the cut direct, but no sign of remembering her name or that they had even met.

“I recall we met a few weeks ago. Your sister introduced us.”

“Are you sure? I don’t attend balls.”

Really, the nerve of the man to question her, just because he didn’t attend balls! A fact Ellie already knew. His sister had described how her brother didn’t like the “stuffy atmosphere” and unrequired attentions of “simpering young ladies” to be found there. Lady Frances had affected a deep and jaded voice when giving these examples, causing both ladies to laugh.

“It was at the Buckley’s Garden Party.” Ellie remembered it clearly.

Just that one sighting had been enough to fix her interest. His presence was formidable.

It wasn’t just his height or his broad shoulders. He stood tall, his posture well held. The fluid stride of his walk and stillness when paused made him seem comfortable with his body, as if he used it regularly, and mind and body communicated without needing to be reminded. Given that he didn’t dance in the evenings, he must be keeping fit during the day.

She’d known at the time she hadn’t made an impression, but to not even merit a look of recognition....

Maybe the moment could still be rescued. “Isn’t the weather lovely today? It’s so nice to be out in the sunshine when it’s still quiet enough to hear the sounds of nature.” Ellie’s mother would be proud of her for engaging in small talk about the weather, not something with which she would normally bother.

“Were you looking at anything in particular?” Ellie tried again.

“I was. I was looking at a Cuculus. It was my first sighting.”

“What was it doing? Do you think it might have been looking for another bird’s nest to lay its egg in?” After reading about this in Buffon’s Histoire, it was something she’d genuinely wanted to see for herself.

Lord Mendton fixed her with his gaze. “I think it was just about to push an egg from that Rubecula’s nest so that it could lay its own egg there. Even if it wasn’t scared away by your presence, I will have missed it.  I understand the act happens in seconds.”

His words were sharp.

“I’m sorry, that must be very frustrating.”

“I can’t even look carefully for eggs, to try to spot if it’s left one, as I’ve yet to learn what the two birds’ eggs look like. If the chap at Hatchard’s hadn’t given away my books...”

“Oh...” Ellie gasped so suddenly Lord Mendton looked at her quizzically. “That is a shame.”

“Yes. I could kill for those books.”

So, he could be passionate! Ellie had wondered. What else might he do for the books? Call on her to collect them? “What books are they? My father has a lot of books on birds. Maybe he might have them.”

“They’re too new. That’s why I had to order them.” With just a few words he dismissed her.

At this point Ellie could have named the books in question, and said she’d seen them newly arrived. However, the normally self-assured and self-admittedly stubborn Ellie was now subdued.

He didn’t deserve the books.

There was also no point striving to attract a man who barely knew she existed, even when she crossed his path and spoke to him before seven in the morning. He was clearly not looking for a wife, and even if he were—given his status, looks, and wealth—he could probably have any lady he chose. Ellie was probably not the only titled lady whose fancy he had taken.

“Well, I shall leave you to your search then, and pray that your prey can be rediscovered.’” Ellie turned away. “Come, Fanny!” she called to her maid, who appeared to have drifted off to study daisies, before striding purposefully on her way to no particular destination. Not until she and Fanny were out of sight would they head back towards home. She willed herself not to look back.

Great little read and cute to boot. Love how the woman takes a little command and the guy is the shy one

This book really sucked me in, I couldn&#039;t put it down. Ellie was funny in how she tried to get Alex&#039;s attention and than Alex had to pursue her. They both had a sense of humor and they seemed to understand each other. It was such a sweet story. I will definitely read more by this author.