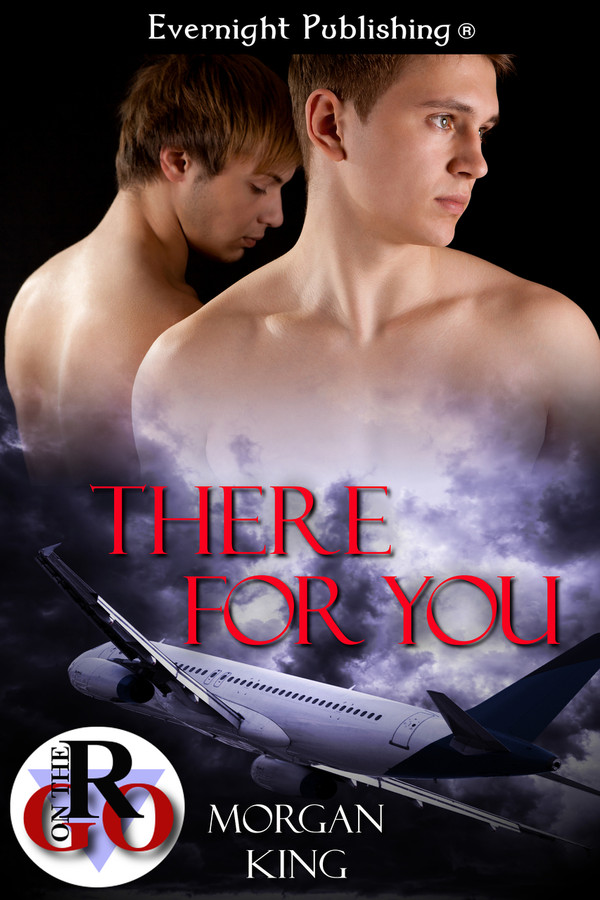 Ever had a really tough time of things and just wish you had someone special in your life you could rely on?

Ben’s father has just passed away and his entire family needs him to be strong for them. If only Ben had someone who could be strong for him.

Kurt is determined to be that someone. He’s never met Ben, but he knows from chatting with him online that he likes him enough to turn up on his doorstep offering moral support.

Kurt’s presence is a blessing. He’s kind, helpful, and devilishly attractive. Just what Ben needs to take his mind off things—especially when it comes to the hot sex. But can an attraction that springs to life when one partner is emotionally vulnerable be about something more?

Kurt’s gut rolled. Ben had gone from not knowing what he wanted, to thinking he knew what he wanted in the space of a kiss. It was enough to dive Kurt insane with want, only the desire to do the right thing by Ben in the long run held him back.

Could Kurt have been completely wrong about coming to visit Ben unexpectedly, at this tricky time? Had he messed things up by bringing them together when, if they had sex, it would be so easy to later question the other’s motivations? Could they go from sex where the focus might be Ben needing him, to sex in the future being about more: more fun, more equal, more sharing?

There were too many questions that Kurt couldn’t hope to answer. The only thing he was fairly certain of was that, already being in the middle of this conversation, it would be hard to go back to not having had it.

Better to go forward. To give Ben what he needs and claims to want. To hope that he might need me for other stuff in the future.

Decision made, Kurt leaned toward Ben. “It’s not wrong,” he said in answer to Ben’s last question. “Let me make you feel good.”

Kurt pulled Ben to him, returning his lip’s to Ben’s, resting them there, taking his time, not wanting to rush and get lost in the heat that hovered around them. If they took things slow enough, there might be a chance for Ben to change his mind. Once they went beyond a meeting of lips, beyond the first full taste, as far as skin on skin, Kurt knew he’d find it nearly impossible to stop.

Ben didn’t rush either. He seemed to need Kurt to take the lead. Both their lips parted, but neither of them sent their tongue out. Kurt exhaled a steady breath straight into Ben’s mouth. Ben inhaled it before exhaling warm air back into Kurt. Subconsciously, their lips realigned to better keep the air-lock.

They breathed for each other, needing nothing outside their own bodies to sustain them, to sustain the moment. Every time Kurt took another sip of air from Ben, he took life, absorbed a part of Ben into himself, before giving it and more back. It was spiritual. It was life-affirming, and Kurt sensed, or maybe just hoped, it was what Ben needed.

Before deepening the kiss, Kurt had to break away, but only to take a deep breath. This time he pressed his lips to Ben’s and thrust his tongue and a deep groan into the other man’s mouth. He cradled Ben’s head in his hands and gave all of his passion.

And just like that, the fire was back, licking through Kurt’s veins. He couldn’t get enough of the man he held in his hands. Where they touched, Ben’s body was melting into his, and Kurt wanted all of him, all of his submission.

Sometimes meeting the love of your life for the first time is like meeting anyone else at first, then things develop from there. For many couples this is no longer the case: online dating has introduced a whole new way of dealing with getting to know someone. Difficult as that is, Kurt and Ben in ‘There for You’ face an even more difficult challenge: while thy have talked online, their first physical meeting is at Ben’s father’s funeral, an emotionally testing time for anyone. But as stressful as that is, it is also very informative for both men to see how they relate when things aren’t exactly perfect. Kurt is taking a risk when he decides to fly to England to be there for Ben for his father’s funeral. He is attracted enough to Ben to want to be there, and he tells himself he will step back if it is too much for Ben, but deep-down, he really just wants to show support. Ben is touched by Kurt’s concern, and the fact they already know each other somewhat does help. Still, they need to deal with the physical reality as well, and under very strenuous circumstances. I kept thinking that if they make it through this they probably are meant for each other. If you like reading abut men who meet under difficult circumstances, if online dating and its consequences interest you, and if you’re looking for a sweet romance in an unusual situation, then you might like this short story.