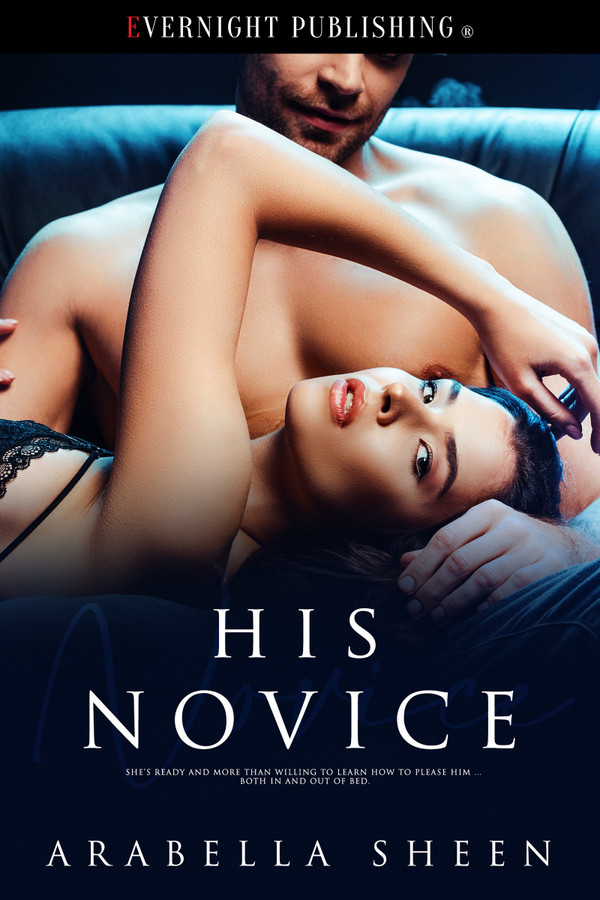 Nathan Stockman controls his own destiny and answers to no one. But when Summer Jenkin erupts into his life, he finds it hard to resist the temptation to bed her. She’s everything he’s not. She’s classy, she’s young, and she’s … virginal.

Dare he be the man responsible for awakening her to the pleasures of lovemaking, or should he walk away before they become emotionally entangled?

Summer doesn’t care that Nathan is older than she is, and it certainly doesn’t stop her from wanting a night of passion in his arms. Offering to be his novice is no guarantee he will teach her everything he knows about love, but she’s ready and more than willing to learn how to please him … both in and out of bed.

Sitting with Nathan beneath the pergola, there was none of the awkwardness she usually experienced with men. He had paid her a few compliments and there was even a hint of flirting going on, and with the sound of music in the background, Summer could almost believe they were on a real date.

She liked Nathan’s company and she sensed he liked being with her, too. She felt at ease, and as the wine was poured, she relaxed and the conversation flowed easily.

“Do you like living at Meadow Brook?” Nathan asked. “I wouldn’t think much happens in these parts. So far, I’ve only met you and Clarkson, and I believe there’s a Mrs. Hemmings floating about somewhere. Don’t you get lonely?”

Summer lifted her wine glass and took another sip. “I’ve got what I need. I have a roof over my head and there’s money in my bank account.”

“That’s not what I meant.” Nathan shook his head. “I guess what I mean is, do you have any expectations from life? For instance … what do you hope to achieve in the next five years?”

Summer ran her fingers around the rim of her wine glass and thought about what Nathan had asked. She didn’t know if she could answer his question honestly.

Although her website design business was doing well, she was disappointed she wasn’t getting the happiness she’d thought would have come with her success. The relationship she had with her clients on the internet wasn’t that fulfilling. She was professional and did a great job, but something was missing. Inner contentment had yet to come.

“In five years, I’ll probably be doing what I do now. My business will be―”

“Not work. I don’t mean work. I mean life.” He reached for her hand and ran his fingers over hers. “I don’t see a ring. No boyfriends? No lovers? Don’t you want a husband and family?”

Summer pulled her hand away. Nathan had hit an emotional sore spot.

She had never had a serious boyfriend, and at the moment, she had no intention of looking for one, but Nathan had spiked her interest.

He was the first man she’d seen naked. Of course, she’d seen a man’s cock in all its glory, but that had been at the movies or on TV when she’d been channel hopping. A naked man viewed from the safety of an impersonal entertainment screen didn’t count. But the feel of a real live man with a real pulsating prick was something she’d yet to experience.

Embarrassed, she stood and began to gather the used dinner plates together, and Nathan began to help. Reaching over to collect the empty wine bottle, his arm brushed against the curve of her breast, sending shockwaves surging through her. She didn’t know if he’d done it deliberately, but as a flurry of excitement coursed through her, she tingled at the thought of what Nathan might do should he be given the chance.

An instant throb of pleasure exploded between her legs and her pussy tightened as she watched a spark of hunger in Nathan’s eyes ignite.

Did he find her attractive? Was he coming on to her? Or was it just manly lust and her availability that was driving him to be attentive?

Did she sound too provocative and would he understand she was trying to flirt?

“What are you offering?” he asked.

It had to be the wine that was affecting her judgment. She couldn’t possibly be Nathan’s type. But when he reached out and cupped her face, she realized he was indeed making a pass … and she wasn’t going to refuse.

Nathan’s fingers crept beneath the edge of her silk blouse and as he caressed her body, his mouth found hers and forced her lips apart.

The empty dishes and the cream desserts were forgotten as their passion increased. And when he cupped her breasts and brushed his thumb across her hardened nipples, she moaned her desire.

Trembling with uncertainty and unsure if she should gamble her pride and risk rejection, she undid the buttons on his shirt. She wanted to touch him and get close. When her hands caressed the muscles of his torso and she heard his gasp of need, she knew he was excited by her touch. Pressing her hips against his groin, she showed him her willingness, letting him know she was his for the taking.

But Nathan pulled back and held her at arm’s length.

With the heat of his body gone, she felt the loss. Didn’t he want her? Had she been coming on too strong or had he just been teasing her, making her want him, only to reject her impassioned kisses?

This was a very short story about a virgin girl who lives with her brother who had to go to Germany for a few weeks, but he had friend a very hot friend who was staying at their cottage and well let’s just say she couldn’t avoid giving him her v card she knew to only let this be a friends with benefits and all was good until her brother came home and discover her secret and he wasn’t happy and then she finds out he will be leaving for Saudi Arabia with no return date so they part their ways, or do they? You will have to read this book to find out but this book was the perfect length for a quick read.

His Woman by Arabella Sheen

His Mistress by Arabella Sheen