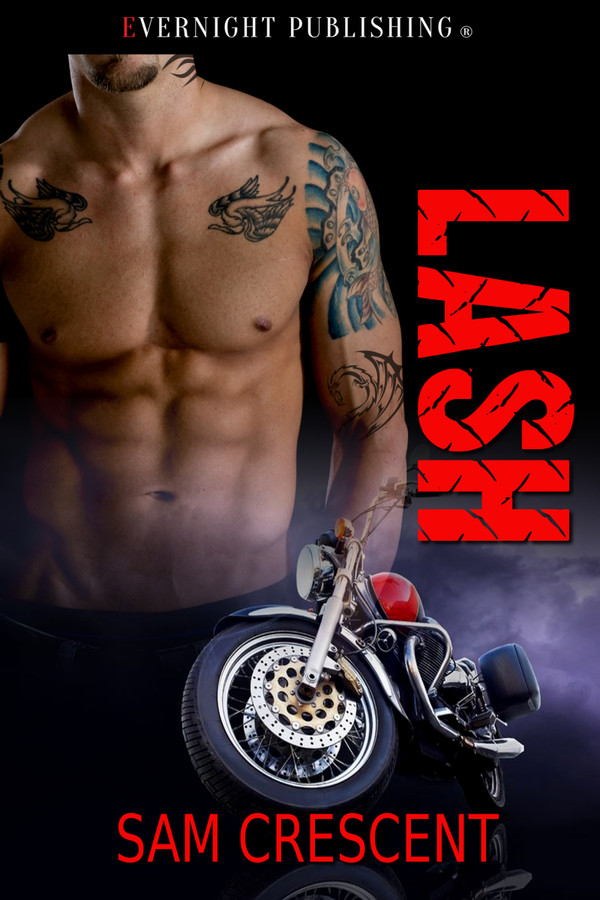 No one messes with The Skulls and gets away with it!

The last thing Angel Marston ever wanted was to be at the mercy of The Skulls. They’re the local bikers and the club that helps keep the town safe, but they have their own kind of rules. They party hard and do whatever the hell they want. But her father’s debts to the club mean Angel has no choice.

Lash loves his club, but he wants a woman who hasn’t slept with all the crew. Angel is just what he’s looking for. She’s sweet, young … and a virgin. He wants her more than anything and has already staked his claim on her.

When Lash touches her, Angel can’t help but melt. He sets fires inside her body with his wandering hands and sinful lips. She can’t say no, and she wants him desperately.

But when all seems to be going so well for Angel and Lash, their pasts catch up to them. The Skulls have enemies who want the town and their women. Lash must decide who to put first, the club or his woman. Is Angel strong enough to stand by his side when the going gets tough? And what will happen when tragedy and pain both hit at once?

She nibbled on her lip, and Lash remembered her lips wrapped around a straw. He couldn’t stop it. Holding onto the back of her head, Lash smashed his lips against hers. Her hands moved to his chest, and Lash watched as she closed her eyes. When she did, he closed his own and allowed himself the pleasure of the kiss.

Angel moaned. He tilted her head back, nibbled on her lip and waited for her to open up to him. Her lips opened, and Lash took full advantage of it. Stroking his tongue into her mouth, Lash made love to her mouth. He fucked her mouth with his tongue, mimicking the movements he wanted to do between her thighs.

Her hands moved to his chest, gripping the fabric of his vest. Lash moved his hand down from her head to her back. He pushed her back to the bed until she was under him.

With careful movements, Lash settled between her thighs, and the denim skirt she wore rode up high around her waist. He stroked a hand up her thigh, feeling her silken skin against his palm.

Lash didn’t press his cock against her centre. The only thing keeping him away from her was her panties and the denim of his jeans.

Making love to her mouth, Lash caressed her body as best as he could in the position. Her hands moved from his chest around to his back. Her nails sank into his shirt. If he’d been naked Lash would have her mark his back.

His cock was thick, and his need for her intensified.

“Kiss me back,” he said, breaking the kiss long enough to speak.

Before she got chance to talk or push him away, Lash claimed her lips once again.

He fucked her mouth with his tongue and pressed his palm between them. Touching her pussy he felt her heat against him. Moaning, Lash kept her mouth occupied at the same time he pushed the fabric of her panties out of his way. He needed to touch her.

Slipping a finger through her folds, Lash touched her clit. She jumped under his touch. He kept her in place, sinking his fingers into her hair, holding her there.

Lash stroked her clit feeling her cream soak his fingers. She was so close, and Lash knew she’d never been touched like this before.

He fingered her clit, kissing her mouth and hoping he wasn’t fucking up what was happening.

Staring down into her face, Lash waited for her to open her eyes.

Angel looked at him, her face flushed from her orgasm. It hadn’t taken long at all. He’d known it wouldn’t.

“You’re beautiful,” he said. Without thinking he brought his fingers to his lips and sucked the cream from them.

She looked away from him, biting onto her lip.

I loved this book! Sam knows how to write awesome stories &amp; Series!

There is no way that Angel Marston would have ever imagined that her life would have taken such a drastic turn and that she would be at the mercy of the Skulls, a local biker club that helps keep the town safe but who plays by their own set of rules. She is there because her father owes a debt to the Skulls. A shy and sweet young virgin, Angel doesn’t fit in with the other women in the club and that’s just fine with Lash. Lash has staked his claim with the club as far as Angel is concerned she is his woman. He will woo her heart and touch her soul as he sets her body on fire. When danger comes to the club Lash must fight for his woman and his family but is Angel strong enough to stand by Lash’s side as his woman. Readers looking to surrender their heart to a bad boy hero need look no further than smoldering hot and dangerous Lash from the highly talented author Sam Crescent. Lash isn’t a dashing and debonair hero in the romantic sense instead he is a drop-dead sexy, tough, troubled and overbearing alpha with a kind of don’t mess with me attitude and the muscle to back it up. But he knows exactly what he wants in his woman and sweet, virginal and timid Angel is it. Lash and Angel’s relationship isn’t in for an easy ride as the author places both physical and emotional challenges in their path that they must work through which they do quite splendidly. Once Lash makes his move on Angel the reader is in a for a juicy treat as the big, bad tattooed biker overwhelms his lady love’s senses, ignites her passion and touches her heart and soul with his unconventional ways. Ms. Crescent goes above and beyond portraying the two sides of Lash for the reader to be able to understand the business side as well as the tender and loving side of this dangerous man giving the reader a better understanding of his personality. And of course as with any book by Ms. Crescent the sex between the hero and heroine is intense, sensual, and raw and rocks the pages. Throughout the story Ms. Crescent superbly develops not only Lash, Angel and some of the secondary characters but she also takes the time to develop The Skulls as a biker club; how they live, what they stand for and who they are an unconventional family who care for each other. Ms. Crescent begins a new and exciting series with bang creating another story for your keeper shelf!

Angel is being used as a down payment to one of her father’s debts by being kept at the biker bar owned by the skulls. As a 19 year old virgin she is embarrassed and dismayed to see people having sex and doing other things in the bar. She hates the club but doesn&#039;t realize that her experience could be a lot worse without the protection of Lash. He has stopped her being fair game and claimed her so the others leave her alone. The story moves pretty fast and to be honest, while I liked Angel and felt sorry for her I thought Lash was a douche in the beginning but he sure grew on me and I liked the way sweet Angel complimented his arrogance. Angel and Lash’s relationship happens quickly but its sweet and not sappy leaving Angel in no doubt who she belongs with. I loved it! I liked the troubles that the Skulls had with the other gangs, it didn&#039;t make them look innocent and angelic guys but it showed the rules they have keep them from being truly bad. If you like bossy men with hearts of gold I definitely recommend to you. I can&#039;t wait for the next book in the series!

I loved the suspense and Angel was so awesome the way she came towards the end of the book. Lash was trying to do right by Angel and they became closer because of it. I am looking forward to seeing what happens with Tate and Murphy. Nash surprised me also at the end. Really good book!

I loved this book and I can&#039;t wait for the rest of the books that go with this. I enjoyed the danger, without everyone doing drugs. I enjoy all Sam crescent books, they keep getting better