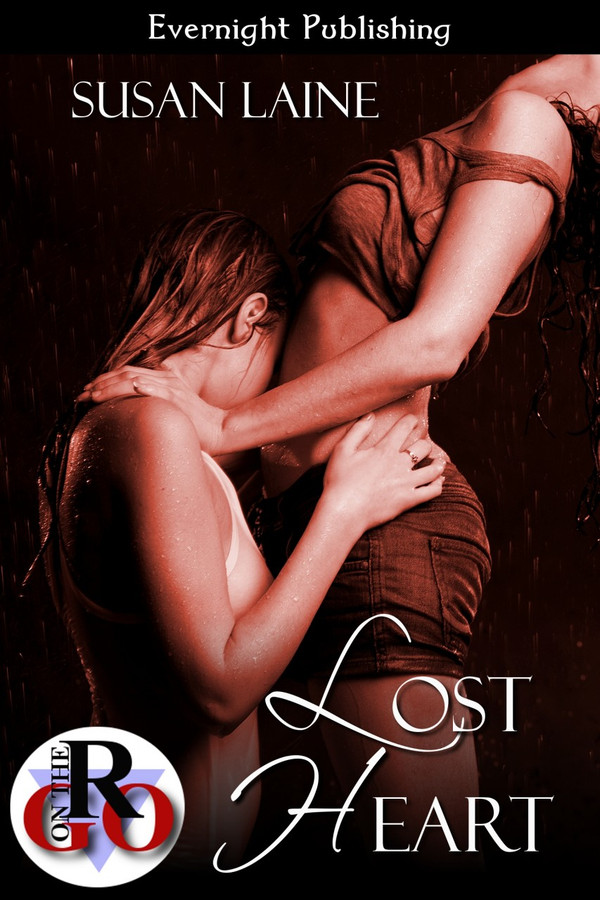 Lily Swan is a shy curator who has been involved with Mickey Slater, a brazen adventurer, for six months, and they now live together. Late one night, Lily gets a call from Mickey. She’s been arrested for the theft of a fabled jewel of ancient origin, the Heart of Solitude.

As the investigation proceeds, Mickey remains under suspicion, but the case is far from closed. And while the two women have time to enjoy each other’s company in the bedroom, they are also caught in the web of a criminal conspiracy.

Before long, they fall into the line of sight of a thief who is not above murder in order to win. Love should triumph over all—but will it? Lily and Mickey face the challenge of their lives.

The moment the apartment door closed Mickey was all over Lily.

She’d had enough dawdling around.  She’d been in heat the whole day thinking about her girlfriend in that musty,  dusty,  cramped little office in the basement-slash-maze under the museum.  Now she was dying to ravage her lover to within an inch of her life.

Mickey took Lily’s mouth in a savage,  possessive kiss,  demanding entry and giving no mercy.  As always,  Lily went limp under the onslaught and melted against Mickey who pushed the lovely blonde hard against the front door,  plastering their bodies together.

For a while Mickey plunged her tongue in Lily’s open,  willing mouth and devoured her taste like nectar of the gods.  When she finally pulled back to take the action toward the bedroom,  Lily’s lips were red and puffy.  Kissing lips.  Mickey licked her lover’s flavor off her own and began to pull the woman with her.

Lily giggled.  “I love it when you get all barbarian warrioress on me. ”

“Call me Xena. ” At that they both laughed.

Entangled in each other and consumed in heated kisses,  their progress toward the bed was bumbling at best.  Walls and doorjambs seemed to conspire against them.

Nonetheless,  they persevered and finally reached their luxurious king-sized bed.

But Mickey wasn’t about to let the coy nymph out of her arms.  Lily’s arms wrapped around Mickey’s neck,  her fingers raked through her short hair,  and keen little whimpers escaped her lips.  It was sweet music to Mickey.

“Gonna undress you now,  sweet thing, ” she said,  pulling back but keeping her hands firmly on Lily’s hips.

With a dazed gaze and a goofy grin,  Lily nodded her acquiescence.  Mickey sometimes still had to pinch herself to believe she had found a gem like Lily and managed to keep her.  To her it felt like a miracle.  Because Lily’s unassuming beauty had blossomed in recent months,  Mickey kept expecting some devilishly sexy rogue to jump on the scene and steal Lily from her.

Then Mickey remembered she was that particular rogue and smiled.

“Just thinking what a lucky bitch I am to have you. ”

Lily blushed but smiled widely,  happy as a clam.  “Funny.  That’s what I was thinking too.  Only… in my vision,  we’re both naked. ”

These were the ultimate blissful moments of Mickey’s life since she had met Lily.  The way the girl came out of her hiding from the world and just blossomed with daring,  sex appeal,  and humor.  The tease set Mickey on fire.

Lily smiled demurely but batted her eyelashes enticingly.  “So you don’t want that honor for yourself?”

“Yup.  I sure do. ” Her ferocious grin was only preamble for what she was about to do.

Mickey grabbed Lily’s hips and gathered the hem of her dress in her hands until she could reach the waistband of Lily’s cotton leggings.  She descended onto one knee as she pulled them down slowly,  revealing slender legs and pale white skin,  and took the leggings off completely.  She ran her fingers over the exposed skin then kissed Lily’s thighs.