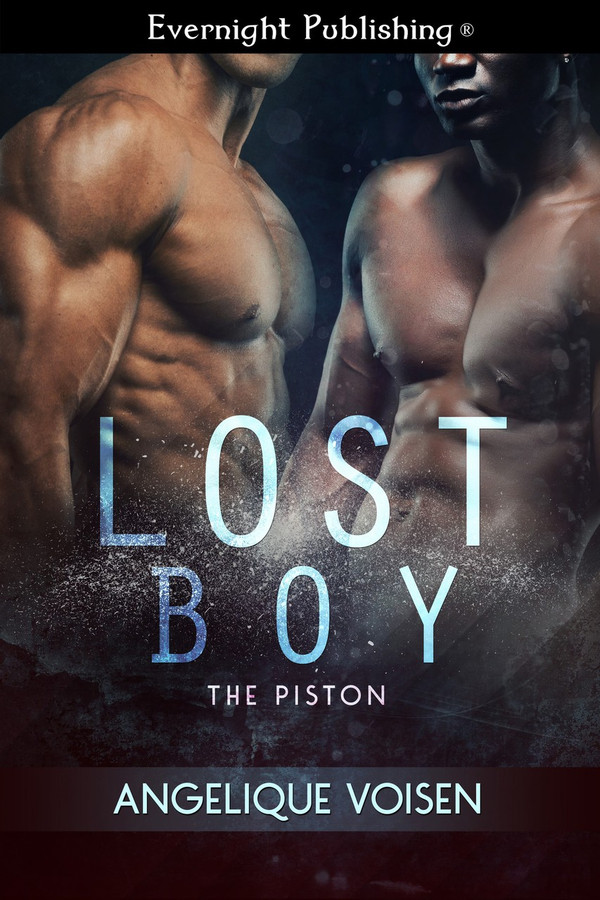 Trust me. Two simple words. Easy to say, harder to give, and once lost, nearly impossible to reclaim.

Five years ago, submissive Jordan Lewis made the mistake of placing his unquestionable trust in his Dom, Gabriel Rhodes. Gabe only needed five minutes to uncollar Jordan and leave his heart in pieces. It took Jordan five years to retrieve those pieces, and one night to lose them again. Gabe’s back in town and he doesn’t just want to bring his lost boy home, he’s also asking for the one thing Jordan can't give again.

How this faceless man was capable of tweaking and pushing my body to its limits, knew it so intimately like a long lost lover, and reduced me to a stranger in my own skin, baffled the hell out of me. A tinge of discomfort and uncertainly shot through me like a bolt of electricity. The truth dangled in front of me, if only I was brave enough to reach out and confront it.

I wasn’t brave and I didn’t want this to end, but I felt reckless.

At that moment, I didn’t give a fuck.

He thumbed his way down my body and must have knelt, because he touched the new welts he’d inflicted, before blowing kisses on them. Trembles ran up and down my body at the unexpected tenderness. With each kiss, he left a burning imprint of his lips. He curled his fingers around my shaft, and I nearly lost it then.

Again he gave me the same admonition. “Shhh.”

Jesus. Could this stranger be for real? In all my years playing with Doms, none of them ever offered to get me off. To them, I was something desirable to play with, a canvas to leave their marks on, not this … whatever this Dom saw me.

My train of thoughts shattered the moment the velvet heat of his lips closed over my length. He took his time, covering every inch of me, putting me at a further lost for words. What he did was no longer his pleasure, but mine. I leaned the back of my head against the wood. I told myself to stop asking so many questions and enjoy, but the nagging truth remained at the back of my mind. I know those lips.

Once my tip hit the back of his throat, he pulled out with the same, slow and maddening grace. He didn’t allow my brain to reboot. He dove back in, applying suction as he took in more of my prick.

Gab broke Jordan’s heart five years earlier by removing his collar and setting him free. Since that time Jordan has barely been able to pick up the pieces. He imagines what he would say to Gabe if he ever saw him again, but when the opportunity presents itself, Jordan is beside himself. Realizing that he made a mistake by letting Jordan go, Gabe arranges a situation where they can get back together, but regaining Jordan’s trust proves more difficult than he imagined. I liked the beginning of this book before Gabe came back into the picture. I felt Jordan’s pain and wanted him to move on. However, when the story turned to Gabe’s point of view, I was not as fond of it. I didn’t like Gabe due to what he did to Jordan and I felt like I was given very little reason to start liking him. Though the book is about the two getting back together, I couldn’t forget and forgive what Gabe did and he never quite grew on me. Despite my dislike of Gabe, I really loved the depth of Jordan’s character and the sex scenes were intense and erotic. I was also pleased with the happy ending.

Lost Boy is the first book in The Piston series by Angelique Voisen. Jordan Lewis was Gabriel Rhodes submissive until for an unknown reason, Gabriel uncollared him. It left Jordan in pieces and it took five years for Jordan to put his heart back together. However, Gabriel is back and wants Jordan back and for him to forgive him. The beginning of the story leaves you intrigued on how this book will turn out. At the end of the first chapter, I excited to see how this book would end. The author did a wonderful job of creating a world that was very realistic. I was able to picture the place and time frame with ease. The author did a great job of pulling the reader into the world she created. The pace of the story was very fast paced from the first page to the last. The main characters and the secondary characters were stimulating and realistic. I liked that both Gabriel and Jordan each had faults that they had to battle making them realistic. The point of view alternated between Jordan and Gabriel, giving the reader a glimpse inside both characters. The changing point of view was done with care so the reader did not get lost or repeat story lines. The main conflict of the story is Gabriel attempting to make amends for what he did to Jordan in the past. The characters fit the storyline very well. The level of conflict was good considering the length of the story, only 53 pages. If the story was longer I would have liked a more complicated storyline. The dialogue between the characters was honest and unique. The characters voice matched not only the setting but fit their overall personality. The ending was a bit predictable but that was expected due to the length of the story. I do hope we get to see these characters again in the future.

First off....This is a M/M book! The storyline is emotional and kinky and very short. Well-written and captivating. Really enjoyed reading this sexy romance and am looking forward to reading more by this author.