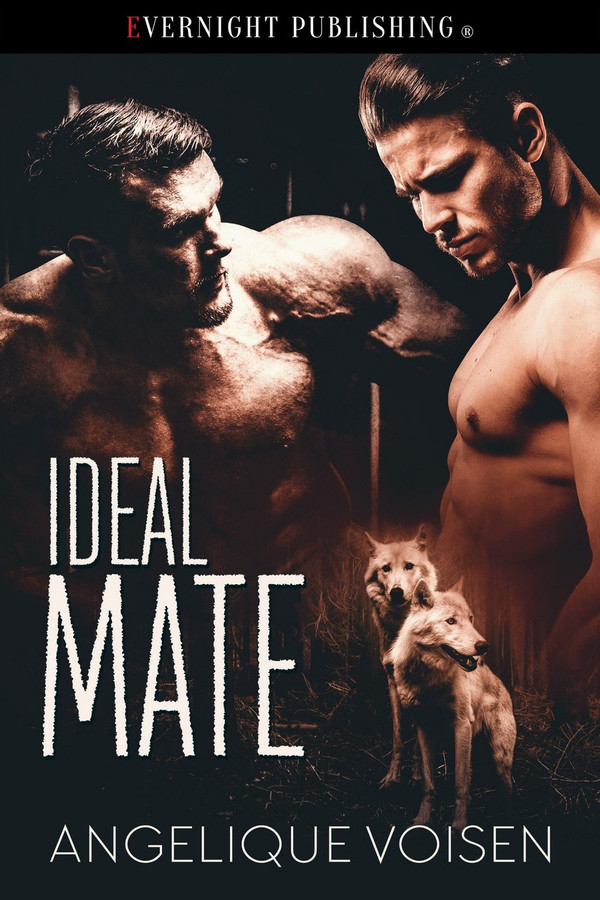 Born and raised in an Omega breeding facility, all Owen’s ever dreamt of is freedom. One Alpha client is his ticket out of hell but when Vance blows Owen’s expectations out of the water, Owen doesn’t know whether to stay or run. Owen’s terrified of his attraction to Vance, but will yielding to the Alpha put him in another kind of cage?

Vance needs an obedient Omega, an ideal mate for his unstable pack. Right from the start he knows Owen’s the exact opposite of meek and dutiful. The more Vance gets to know Owen, the sooner he realizes that Owen might be just what both he and his pack needs.

“Well,” Owen began. He peeled off his shirt. Never before in his life had he felt so sexy until now, especially when Vance growled at him. Hunger lit the Alpha’s entire face, reminding him of a predator assessing his prey. Him. Come get me, Alpha, he thought. There were certainly prettier and handsomer Omegas back at the facility. Owen didn’t hold a candle to any of them, but Vance, with just one smoldering look, seemed to think he was the most desirable man in the entire universe.

That caught his breath, but he managed to utter his next words without stumbling on them. “Does that offer to shower together still stand?”

“Well,” Vance began, taking off his own shirt.

Oh God. Like before, Owen gaped at the eye-candy in front of him. He wanted to run his hands down those hard planes of muscle if the Alpha would let him.

“You have to make amends,” Vance said, looking both thoughtful and cocky at once. Only Vance could seem to pull that off brilliantly.

“I intend to.” Owen dropped his pants, followed by his boxers.

“Look at you, Omega. Already so hard for me even when I haven’t fucked you, or so much as touched you.”

He moaned, reached for his prick, and gave it a few tugs. The Alpha stilled, reminding him of a wolf ready to pounce any moment. That only heightened his anticipation. “You should know,” Owen said, “that when you sweet talk me like that, I get incredibly aroused.”

The Alpha closed the distance between them and suddenly had him up against the counter of the sink. He groaned as his bare ass touched cold marble, as Vance placed both arms on either side of him, effectively trapping him. Not that Owen wanted to wiggle out of this. All the muscles of Vance’s massive arms seemed to tense up, and so did the Alpha’s six-, or was it eight-pack abs? Owen couldn’t seem to count. His brain turned to mush the moment Vance took his mouth without apology, the kiss lacking any tenderness or sweetness.

Owen liked that, liked the fact Vance took without explaining himself. He reached out, putting his arms behind Vance’s neck as Vance slipped his tongue further down his throat. Oh yes, Owen thought, eyelids fluttering. Shame went out the window as he rubbed his erection against Vance’s abs, all too aware of Vance’s heavy dick doing the same, leaving drops of pre-cum on his skin.

“Vance,” he murmured as the Alpha pulled away from the kiss. “Let me make it up to you, for running away. To thank you for saving me.”

The Alpha took a step back as he felt to his knees. This position seemed right, perfect, because Owen wanted to hear Vance growl for him.