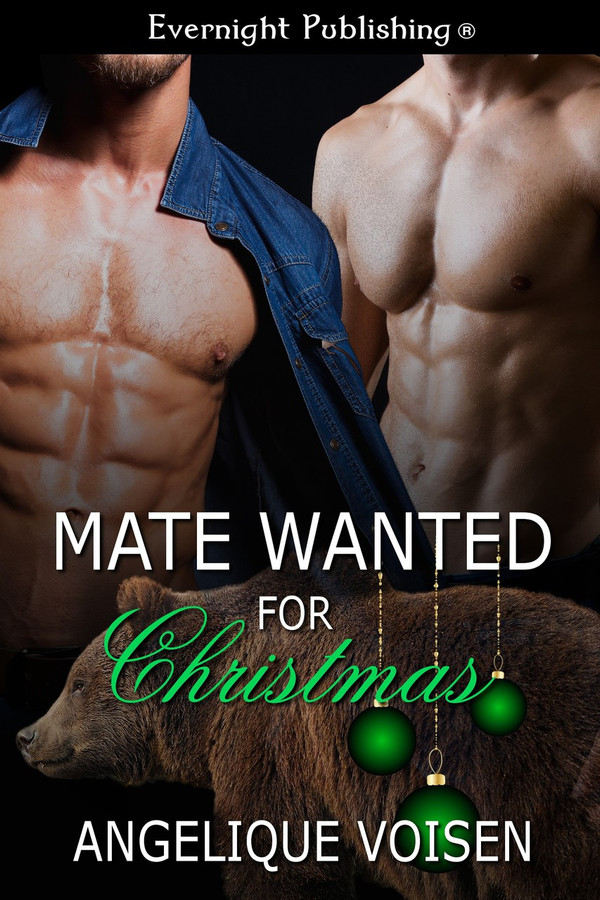 For the last decade, bear shifter Pat Singer posted a specific want ad in the December newspaper. Each year, Pat gets the same response—zero. Except this year’s different. Finally, someone agrees to role-play Pat’s dead mate.

Spending Christmas Eve with a rich psycho shifter might seem unreasonable to some. To survive the harsh winter, former soldier Jacob Reynolds has no choice but to turn to desperate measures…except Pat Singer isn’t the crazy bastard Jacob imagines him to be.

The sexy, but reluctant werebear pushes all of Jacob’s right buttons, and if Jacob doesn’t guard his heart, he might end up getting burned.

“Jacob,” Pat says in his deep and rough voice.

The sound of my name on his lips makes me aware of the uncomfortable bulge in my trousers, pressing up against his ass. Below us, some folks emerge on their balconies—singles finding strangers, couples seeking to share heat with their other halves. Normally, unwarranted jealousy would course inside my veins, pushing me to do something I’ve come to regret, like wandering into a crowded bar.

Tonight though, I’m not  alone. I have Pat. We have each other. I detach myself from Pat. He turns towards me, looking at me with lost and vulnerable eyes. Pat reminds me of an injured, scarred grizzly in the woods you can’t help but want to pull into a hug, even though its dangerous.

“Don’t make offers you’ll regret later on,” he answers in a rough voice.

“I won’t regret this. I’m a hundred percent sure. Are you?” I challenge.

Pat snarls. The edges of his pupils begin to bleed to yellow, but I’m certain his bear doesn’t wish me harm. “Has no one ever taught you to never provoke an angry bear in the woods, little human?”

If he thinks I’ll be offended by that, then he’s severely mistaken my resolve. I tell him in plain and simple words, “one night, no rules and promises.”

Desire, thick and raw, flickers across his gaze and I know I have him now. Pat closes one large hand over my wrist. My pulse jumps at his touch, both in fear and in anticipation. When Pat smiles, I can see a hint of his inhuman canines. Have I bitten more than I can chew?

This is a very cute little free read. The scene with the bear shifter and the alarm clock on a December morning is hilarious! But then as the story goes on I was sad to discover more of Pats background, and while I thought his want-ad a little strange, we all deal with loss in a different way and in the end? He was open-minded enough to let something ew and wonderful happen and that is all that counts. If you like bear shifters, and if you&#039;re looking for a quick, fun holiday read, give this one a try. I liked it a whole lot!