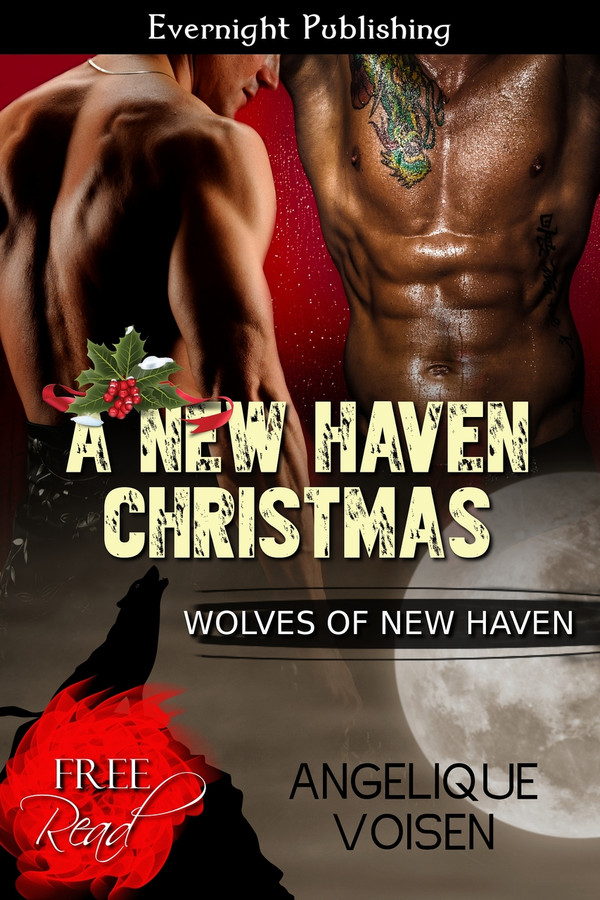 While the rest of his pack mates are celebrating the holiday season with their newfound mates, Peter Sanders is miserably counting off the minutes until he can head home. Pete knows he’s no one’s ideal mate. He’s mediocre, sells video games for a living, and still lives with his mother. Pete begins to think it’s going to be another miserable Christmas when his dream hunk strikes up a conversation with him.

Fabio Luigi may be new to the New Haven pack, but he isn’t blind to the glances a certain submissive wolf has been giving him all season long. Pete may believe they come from two different worlds for sparks to fly, but Fabio intends to prove Pete wrong.

“What?” Pete asked dumbly, suddenly aware of how close the other man was and how Fabio’s dark eyes were solely trained on him.

“I think you heard what I said, Pete.” Fabio’s voice was low, rough, and uncommonly serious.

Pete always saw Fabio as someone who didn’t take things seriously. Fabio always seemed to be laughing with the other more powerful wolves of the pack, as if he could never run out of things to joke about. Fabio certainly wasn’t laughing now and the sheer intensity of his gaze scared Pete a little. A shiver of excitement went down his spine.

Fabio’s touch was like a brand. His hand was large and deliciously rough as he curled it around Pete’s wrist. “Let’s stop playing games. You’ve dragged this particular game long enough don’t you think? I’m not usually a man who tolerates games, Pete.”

Fabio closed the distance between them, until Pete could feel the other man’s hard muscles colliding with his lean and skinny frame. He swallowed, aware of his own traitorous cock rising, and the visible bulge in Fabio’s jeans rubbing against his own jeans. The beast sharing half his soul woke, aroused and hungry. Pete could see it stalking close to the surface, tasting and scenting the other wolf.

“I’ve seen the way you look at me in the gym, but I’ve enough of playing hide-and-seek,” Fabio hissed against his ear.

Pete could see the other man’s wolf now, large, furry, and dangerous. Its amber eyes speared through his own wolf just as Fabio’s hungry gaze pierced through him.

Fuck. Never before had Pete wanted anyone so badly in his life.

Pete gasped when Fabio pulled him in close and grinded his body against him, making him shudder with need. Pete wanted to reach out and rip at the other man’s clothes and then his own so there was nothing in the way of their skin touching, caressing, and meeting.

“Little wolf, you have no idea how much time I’ve spent thinking of you all these weeks,” Fabio whispered against his ear. “Enough thinking. This Christmas Eve, I’m going to claim every inch of you until that sweet body of yours belongs to me and me alone.”

This ebook is just a really story with a lot of sex. Sex on the bed, sex on the floor, innuendoes at every turn. If you have half an hour to kill and you want a plot-what-plot story, this is for you.

Beyond New Haven by Angelique Voisen