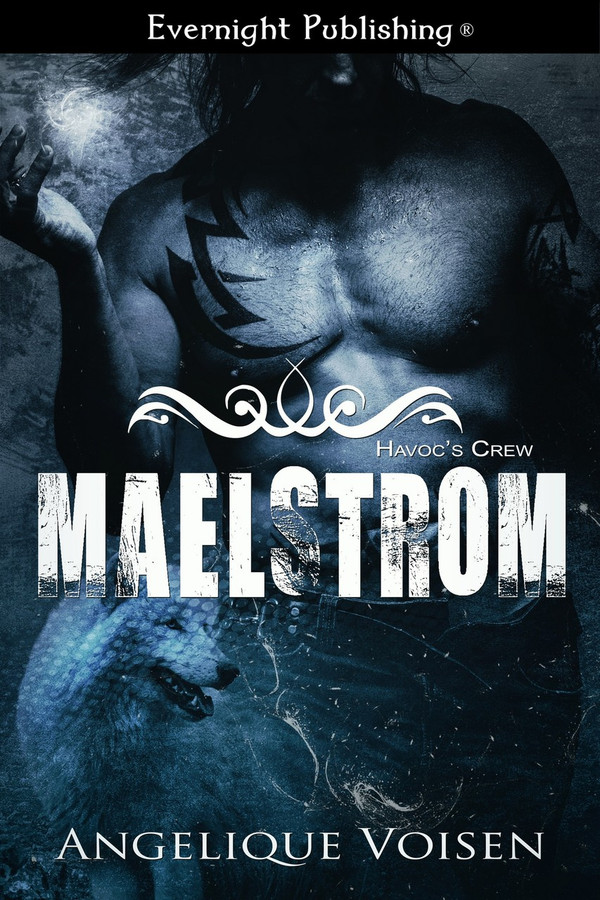 Choices...  Mael has made too many bad ones under the shadow of his former master. Freed of his chains, yet emptied of purpose, Mael knows he’s beyond forgiveness. A single damning call from a former lover might steer him back into doing some good, even if it ends up killing him.

Regrets... Werewolf alpha Ulfric Silverfang possesses a trunk full of them locked inside his heart. Losing his son is one of them, betraying his mate is another. When an opportunity arises for Ulfric to claim back his losses, failure isn’t an option, even if that means braving a maelstrom.

He began to pull out of Mael’s mouth, but Mael accepted his load, not spilling a drop. Mael cleaned him after, sucking his softening cock, gaze never leaving his. Ulfric wondered what he sought. Hoped desperately whatever it was Mael wanted badly, he could provide.

The world narrowed its scope, leaving the two of them. Two stubborn broken men who despite all odds, wanted to reconnect again. Mael leaned his head against his thigh, saying nothing.

“I’ve done you a whole lot of wrong, but I promise you that ends tonight. All I ask, and I know it’s asking a lot, but will you give me a chance to prove it?” Ulfric began to reach out to stroke his hair, but Mael caught his fingers, expression torn.

“Don’t,” Mael said abruptly, pulling away. Ulfric growled, not liking Mael broke the contact of his flesh against his. “I can’t handle all this drama right now. We’re both here because we need to take off the edge like we did in the past. You know, just casual fucking. After we handle this dragon shifter, we’re done. That’s all.”

That’s all? Ulfric’s nostrils flared in disagreement at the finality of Mael’s words. He clenched and unclenched his fists, doing his best to curb his mercurial temper. Mael had a thousand things to say to his former lover, but he had a feeling Mael couldn’t take any more emotional blows for the evening.

Taking Mael now, at his most vulnerable would make him the world’s greatest bastard although Mael had freely offered sex. Sad thing was, Ulfric hardly gave a fuck. Like Mael, he’d been too desperate, too needy to care about past hurts. Screw the consequences. Fear of the unknown spurred him to do reckless things, to let his heart take the reins instead of his head.

What if Mael never forgave him? What if he couldn’t fight hard enough for his lover, and only failure and regret awaited him like long ago?

At least he’d had this last lingering good memory to cling to. Even if the dance of flesh would be all collision and no caresses, even if the act lacked any sentiment, at least he’d have this.

He tugged hard at Mael’s hair, the gesture lacking any tenderness and finesse. Ulfric lied and whispered in his ear, “If you want to be used fast and rough, then let’s fuck.”

Maelstrom by author Angelique Voisen is the fourth book in Havoc’s crew. I would suggest reading this series in order. I did not and felt this book was way too short for the amount of information I was given to read. I feel this should have been a longer story, I get the main story is a love story with Mael and Ulfric, but everything seemed glossed over, or told rather than shown to me. I really think this story has more potential than what is published. Mael is a very complicated character. He has been through a lot. He was sold to a dark wizard who took pleasure in being as cruel as possible to him when he was a kid. He fell in love with Ulfric and that went south. He lost his son over it. All of this pain and he still is a hopeful, kind, and loyal person. He is the kind of person you would want on your side. The first to help you when you are in need. Ulfric well I had a hard time liking him at first. I mean he told Mael his son was dead for 12 years. He put his son in a foster home to protect him but I felt he could have told Mael. Not just make Mael think he died. But he does make up for that later. It is not fully explained though. I wish it were. Ulfric is a protective pain in the butt. But he is good hearted. Over all I wish a lot of things were explained better. This story is really very good it is just too short and too many things glossed over.