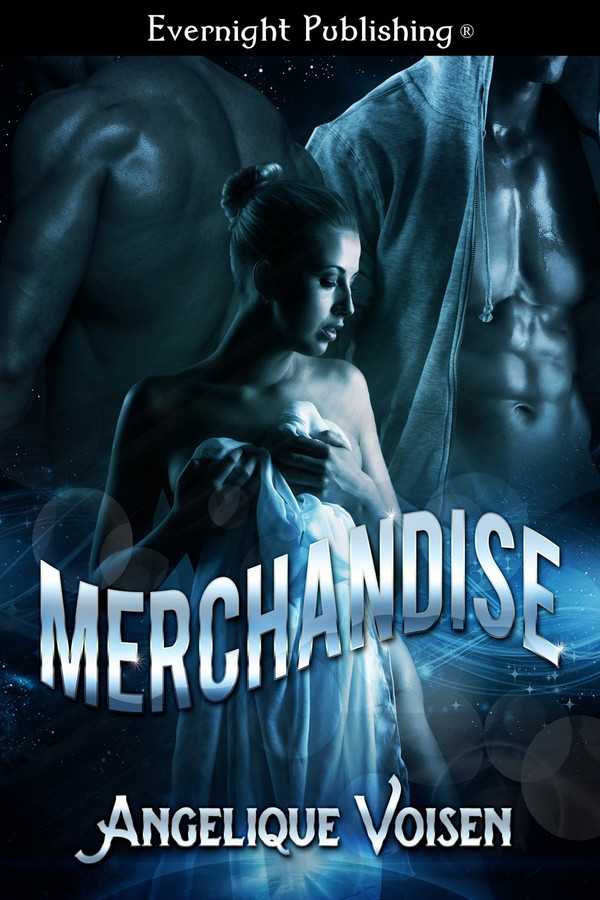 Unlikely mates Brale and Dyos are space bounty hunters who exist outside the intergalactic planetary laws. Their two races might hold a centuries-old grudge against each other, but war is far from their agenda. They simply go where the space credits goes. When a wealthy client hires them to acquire rare merchandise from a cargo ship, Brale and Dyos leap at the opportunity for easy cash.

The hunters get more than they’ve bargain for when they discover the merchandise is a rare human female breeder. For Brale and Dyos, J is the perfect woman, but when certain politics come into play, J comes with a hefty price tag the two outlaws might not be able to pay.

They felt the effect of the plasma shot rippling across the ship. It easily bypassed their weakening shields, making a visible dent on the ship’s hull.

Lieutenant Farr’s familiar voice filtered through the ship’s intercom system. “This is the only warning I am going to give, pirates. Surrender what you have unrightfully taken and I promise you a lighter sentence.”

“What does a lighter sentence according to the Hadarian laws entail, Dyos?” Brale asked out of curiosity.

Brale turned his nose at that. “Rotting in a rank Hadarian dungeon? No thank you.”

Another well-aimed shot sent their shield-less cruiser rocking. “This doesn’t look good, Brale. They just hit one of our fuel tanks, meaning there’s not enough juice to get us into hyperspace.”

Exchanging a look with Dyos, Brale nodded. “I guess we have no choice but to surrender.”

“I don’t want the two of you to die,” J said, looking impossibly young from her seat. The sight of her eyes filling with concern was enough to melt Brale’s three Cobrini hearts.

“Baby, I promise you no one is going to die here,” Brale assured her.

Beside him, Dyos announced their surrender, and Farr’s ship stopped firing. J took off her seat belt and flung herself on Brale’s lap, nuzzling her head into his chest. She smelled unbelievably sweet, and it eluded Brale how someone so pure and innocent would want to stay with them.

Unable to help himself, Brale ran his fingers across her smooth skin. Feeling her pert little nipples hardening against his chest like tiny pebbles, he knew his cock was thickening again simply from the mere contact. Gods, he wanted to do so much more, and it annoyed the hell out of him Farr interrupted their mating.

After finding such a treasure, were they going to simply lose her? Unacceptable.

His tongue lashed out from his mouth, caressing the tender spot on her neck, reminding Brale that he and Dyos had precious minutes left before Farr and his men came bursting through.

“I will ask you only once, little one. Will you stick with us, or would you rather take a chance with Farr and his men?” Brale asked her.

Dyos unbuckled his seat belt beside him, standing. He began to stroke J’s back, watching her intently as Brale did.

J sighed against him, and Brale was really loath to be parted form their precious cargo, but if they fought Farr and his warriors head-on they would certainly end up dead. What help to J were they dead?

“Farr and his men would not harm you,” Dyos added, his voice lacking conviction.

“You’re asking me this again?” She clutched at Brale’s shoulders with her small hands, and the fierceness in her eyes surprised Brale.

Pride filled Brale at the sight. J wasn’t meek or submissive as he’d initially thought. The third they’d chosen was strong-willed and spirited. J was really perfect for them, and it would kill him to lose her to a prick like Farr.

“We want to place our mating mark on you, J. It would bind you to us, and Farr and his men will know who you belong to. They’ll also have a hell of time trying to figure out how to remove our marks,” Brale explained.

“They are for life,” Dyos said seriously. “My race considers even the thought of removing them forcibly as sacrilege.”

“All right then.” J closed her eyes. “Please make me yours, Brale and Dyos.”

Oh, how I wish this book was longer. It&#039;s a fantastic premise...a pair of mated bounty hunters (males from warring races) discover that the cargo they&#039;re carrying is a human Breeder. She&#039;s been created in a lab and schooled in pleasuring the master she will eventually serve, and then, as the title says, she&#039;ll have his children. Well, Dyos and Brale, who have been thinking about adding a third to their bond, realize that J is perfect for them. She feels the same, and they begin the bonding ritual (The always incredibly sexy neck biting. I love that!) right as their ship is boarded by the men who have bought and paid for J...and they are PISSED. What follows is a good story that could have been great if, like I said, it was longer. They&#039;re captured, and Dyos and Brale are held in cells while the captain and his crew try to get J to forget all about them...like literally...with drugs. Once their breeding marks are gone, they can have her. Poor J is drawn to our heroes, but she doesn&#039;t quite know why. There is quite a bit of action. I like that in my interplanetary romances. There is also some pretty good sex scenes because there is a nice chemistry between J, Dyos, and Brale. It was instalove, but it had to be because of the story length. To me, it felt a little rushed. I would have loved to have been able to watch the men woo J. They&#039;re rough and tumble guys, and it would have been fun to see them tripping over themselves and clumsily winning her over bit by bit. Also, the climactic battle and escape would have been awesome if there had been some more time to make it more detailed. All in all, I liked &quot;Merchandise&quot;. Erotic sci fi fans will get a kick out of Dyos and Brale...and the hotness that they share with each other and with J. I plan to check out more of Angelique Voisen&#039;s stories. I&#039;m sure I won&#039;t be disappointed