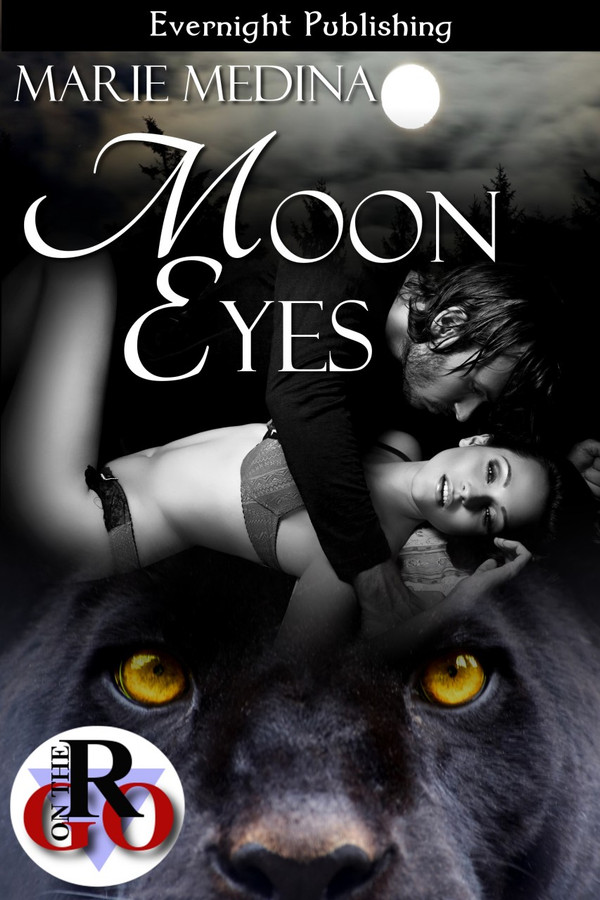 Abby plans an intimate surprise party for her friend Jeffrey, hoping their friendship is about to blossom into something more. She didn’t plan on almost being attacked by a black panther at his cabin, but when Jeffrey comes to her rescue at the last moment, she doesn’t question the good luck or the heightened emotions that land her in his arms that night.

But when she wants to call the authorities, he informs her that she has nothing to fear because the beast that frightened her is actually the man who just spent a whole night making love to her. Can she believe this amazing story? And if so, does this sexy beast only want her body, or has he cast his eyes on her heart as well?

When he didn’t say anything, she focused on him, pushing the drink away. His bare chest proved a distraction as she waited from him to speak. She found herself admiring the lines of his muscles and the fine dusting of brown hair on his chest. She’d always found him attractive, but why was seeing him shirtless turning her on so much? Maybe it was residual fear, her need to cling to him as a masculine protector or something.

She lifted her eyes to his and found desire there, a need that mirrored the one building inside of her. Why was he turned on? Had she been staring at his chest so long she’d made her thoughts that obvious? His hand slid across the table to grasp hers, and this time his touch sent a jolt through her.

“I’d send you home, but you’re so shaken you might have a wreck, and I’d never forgive myself.”

His hand caressed hers, and soon his fingers moved up her arm.

“Why would you send me home?” she asked. The growing heat in her pussy told her she’d jump him any second if he kept touching her, but that couldn’t be it. Could it?

“Because I’m not sure if you truly want what’s about to happen.”

She touched the hand on her arm and squeezed it for a moment before she stood. Standing didn’t last long because Jeffrey pulled her toward him and made her straddle his lap. Her hands landed on his shoulders but soon moved down his chest. He smelled so good and felt even better. She shifted a little, rubbing her core over his cock, which was hard beneath her. He was big and thick, and her pussy grew wet as she rocked on top of him.

“You wanted to give me a party because you like me, right?” he finally asked.

The question surprised her, but her arousal had dissolved all of her defenses. “God, Jeffrey, I’m crazy about you. You’re funny and smart, and I always thought you were handsome.” She paused to take a breath, moving her hands over his chest again. “If I’d known you were this hot I might have built up my courage sooner.”

A smile spread over his lips. “Perhaps I should have built my courage up sooner.” One of his hands moved up to her cheek.

She tried to move forward for a kiss, but he stopped her.

“And one more question.” His thumb stroked her bottom lip. “What do you want?”

She couldn’t restrain herself any longer. Couldn’t he feel the power building between them? “I want you inside me.”

He pulled her face closer and crushed her mouth with his. The rough embrace made her moan, and she began to rock against him again. His kiss intoxicated her and made her feel dizzy. She started to protest when he broke from her lips, but his mouth trailed down her neck and his fingers made short work of the buttons on her shirt. He jerked it off of her and unclasped her bra in no time.

She cried out when he licked one of her nipples and then drew it into his mouth. She tangled her fingers in his rich brown hair, leaning forward to breathe in more of his scent. God, no man had ever smelled so good.  His grip on her tightened, as if her actions had turned him on. She nibbled on his ear and took another deep breath. He slid his hands under her ass and stood, carrying her out of the kitchen and through the hall to the bedroom. He barely had her on the mattress before he began unbuttoning and unzipping her jeans. The jeans and her thong were on the floor soon enough, and then his mouth was all over her. He kissed a trail up her thigh and then circled his tongue around her clit.

Short, Sweet, Straight Romance. I’ve been reading a lot of short sorties lately. Many of which are Paranormal Romance. I must say I’m quite pleased. Short Paranormals make me worry because not enough information is set up to give the real understanding of the beings in which the story is about. However, I didn’t have that issue with Ms. Marie Medina’s story, Moon eyes. Abby and Jeffery are two strong characters. I’ve had bad experiences with trying to surprise people I loved or significant others. I’ve never been lucky enough to have it play out so well. Overall, short, sweet and straight to romance. A great read.

This was an enchanting read. So sexy, and I got a kick out of all the unbirthday stuff. I could really feel how much the hero loved and wanted his lady.

A short hot read at about 30 pages and it will grab your attention until it’s over. “Moon Eyes” is one of those shifter romance reads with really steamy scenes that just makes you wonder why you can’t be the leading lady receiving all that attention! Marie Medina is a writer that captures emotions well, when secrets and confessions are revealed the reactions are very believable. Jeffrey is a kind and understanding man, but Abby takes the cake in this story (pun intended). She has the appropriate reactions, makes time to think, and then goes for what she wants. Well done Medina!

With the Boys in the Band by Marie Medina