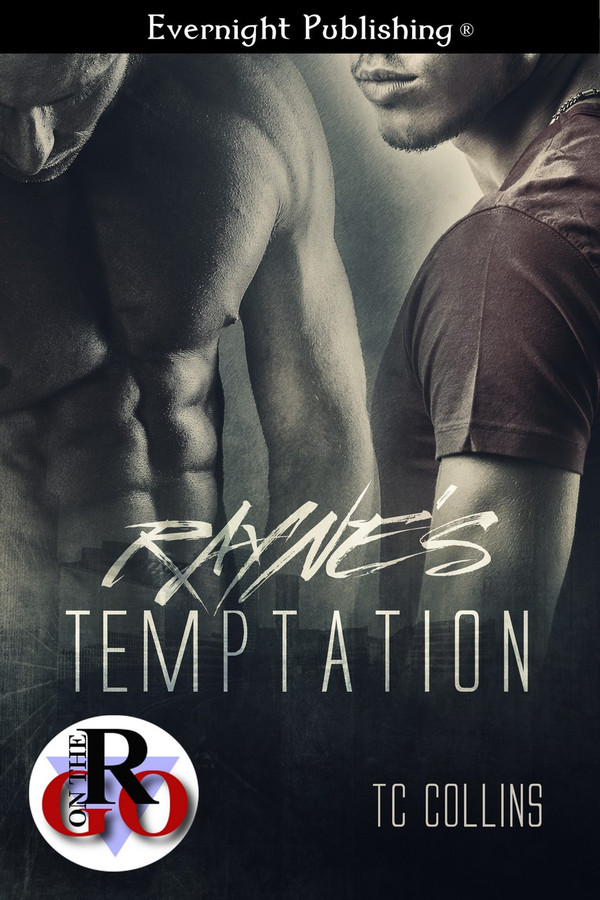 Rayne Thurston has just left an abusive relationship, and the only thing he wants to do is live a peaceful life. But his new job is anything but peaceful. Rayne’s boss, Colin Edwards, is always on his case and to top it off, Rayne finds himself attracted to the powerful businessman. As the two fight the attraction between them, danger stalks Rayne. Will the two be able to overcome their differences to find their happily ever after?

Strong hands grabbed Rayne’s waist and pulled him back into a tall, muscular chest. “You look so damn sexy. It makes me want to fuck you in front of everyone and show them who you belong to,” a husky voice whispered in his ear.

Rayne jumped, his heart thundering. It was Colin! He tried to turn, but the hands gripping him kept him in place. Looking up, Rayne gasped. Colin’s dark hair fell across his eyebrows. Jade-colored eyes were hot enough to scorch the Sahara desert. The steady beat from the music and Colin’s body leading his in a slow, provocative dance melted any resistance Rayne had.

He’d promised himself tonight was about fun. Why should he deny himself the pleasure of indulging in his secret fantasy? Monday would take care of itself, but tonight Rayne was going to follow the sexy CEO all the way to the end.

Losing himself in the music and Colin’s wandering hands, Rayne melted against the body behind him. Colin plastered himself to Rayne’s body, grinding his stiff cock against Rayne’s ass. Rayne shuddered and pushed back against Colin, enjoying the strong arms that embraced him. He’d never felt so sexy before. Colin was awakening feelings in him he’d never experienced before, and he wanted more.

Spinning around, Rayne looped his arms around Colin’s neck. The heat between them intensified, and the world melted away as green eyes locked with gray. Colin’s hands drifted down Rayne’s back and squeezed his ass. Rayne shuddered and pressed back. Licking his lips, Rayne stood on tiptoe and was met with firm succulent lips. Colin’s tongue traced Rayne’s mouth before sweeping inside. Rayne moaned, trying to climb into the man’s skin.

Colin broke the kiss and nibbled down to Rayne’s ear. “Follow me,” temptation whispered. Dazed, Rayne nodded and followed the sexy man.

Rayne is trying to start a new life, one without his abusive ex. Now he has a new job, working with Colin Edward. Colin is constantly on his back about anything and everything. But the man is so hot that he also flips all of Rayne’s buttons. After a hard day at the office with Colin on him about a mistake, he’s ready to blow off some steam at the newest “it” club ArDent. While there he runs into the silent partner of the club, Colin. Colin has wanted his new assistant since he started. But how to get him, given his past relationship? How lucky to run into him at the club. But also at the club is Rayne’s ex, can Colin protect Rayne? This was a very short story, but it’s a complete story with great pacing. When it was done, I wanted some more. It has great characters, you can relate to. There’s Rayne who just wants to have some fun in life now that he’s not a punching bag for his ex. Colin just wants Rayne in his office and in his bed. But with Rayne’s past he has to walk a fine line. He does that very well in this story. And the sidekick girlfriend, Sasha is great, she’s fun and feisty and looking out for Rayne. It’s a great read, one I enjoyed. ​

I had a hard time coming up with something to say about this story that wouldn’t give the whole thing away. I hate being spoiled by a review so it’s something that I work at not doing. Rayne is a sweetheart with a sassy exterior. He’s hard-working and trying to better his life. Working for Colin Edwards is a part of his self-improvement although Rayne’s not sure it’s helping or hurting him. Colin is a man who’s used to getting what he wants and he wants Rayne but he wants him to come to him of his own accord because he sees himself genuinely caring for him. I liked this story. It had a lot of promise. I like how the two characters interacted with each other and I’ve given up being bothered by instalove in romance novels, especially in one as short as this. And that’s the biggest problem with this story for me. I would have loved to have seen this expanded because I could see these characters being ones that I could completely fall in love with. But, it works pretty good even at this length. Good writing and editing help a lot along with the compelling characters. An enjoyable read that is a little light on plot development and there was never any surprises as far as the story goes, but I liked it and can recommend it if you’re looking for a “light snack” of a story.

Shadows of Light by TC Collins