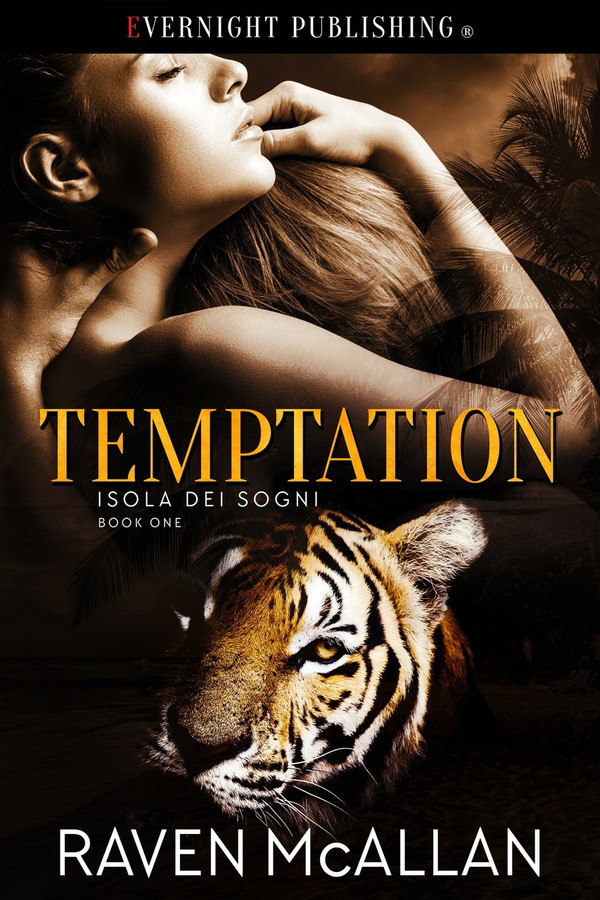 That’s what the brochure promised, but Meryl wasn’t born yesterday. A whole lot of balderdash, if you ask her. Still, as far as holidays go, a few days in the sun are not to be sniffed at.

Until she meets Marloth … the one man she’d rather forget.

Seeing his mate on the Island had not been in this shifter’s plan. However, this gives him the perfect opportunity to prove his love to Meryl. He is just the man to make all of her fantasies come true.

If only she’ll accept both man and beast, they can have the future they both crave.

“Lift up, please. I need you naked and under me.”

The speed at which he moved, both in body and mind, shouldn’t have surprised her. On the few occasions she’d been privileged to watch him shift, Meryl had been awed at the speed her lover changed from golden-haired, macho male to tawny, striped, all- male predator.

She lifted her butt and watched from under lowered lids as he peeled the stripy pants slowly down her legs. Each stroke of his thumb on her skin as he inched them lower and lower made her juices gather. He’d only need to look up to see the evidence on her pussy.

He didn’t look. Instead, he followed the track of his hands with his mouth and gave her little tiny nips all along her thighs.

“I, ah...” Marloth lifted her leg and sucked at the back of her knee. How on earth did something so strange make her body convulse?

“Damn it, if you don’t come inside me now, it’ll be too late.” She managed to undo the bow and open her top. He stared at her and nodded. Before she had time to say shift and serve, her bottoms were off, her butt lifted, and his prick was at the entrance to her channel. Meryl pushed in encouragement and Marloth obliged. He used one long finger to stroke her clit before he slipped it inside her.

“Ah, so ready.” He all but purred the words.

Before Meryl had a chance to answer, he moved his finger, replaced it with his cock, and thrust deep inside her. Sparks shot across her skin and darts of fire licked her nerve ends. Her nipples tightened and sent a primeval thread of desire to her clit and back. She

threw her head back onto the coverlet and twisted her fingers into the material. She had the strangest feeling she’d fly away if she didn’t. Her inner muscles tightened around Marloth’s prick and he groaned.

“Witch, yes, do it. More, give me more. Let me feel you take me.” He pinched her clit and bent his head to bite one turgid nipple. The combination of bite, sting, and thrusts sent Meryl spinning over the edge. Her world spiraled into a whirlwind of color, a kaleidoscope that engulfed her with pleasure and left her breathless. She held onto his shoulders, because if she wasn’t anchored, she thought she would fly away.

She sobbed with pleasure as Marloth tightened inside her. His big body shuddered and she used what little strength she had left to look up at him. His eyes glazed over and his breaths came in tiny pants. He threw his head back and shouted as his climax overwhelmed him.

As his body slumped onto her, Meryl welcomed its weight. It saved her from having to pinch herself. Or call herself names. Stupid, idiotic, moronic, bloody daft thing to do. But ah... She sighed in satisfaction. It was so worth it.

Marloth lifted his head from her chest. “So worth it,” he agreed. “Knackering, mind-blowing, body-stretching, amazing.”

Meryl grinned as Marloth rolled his eyes and then nuzzled her neck.

“Hmm-hmm.” She turned her head to one side to give him better access. He gave her one last stroke of his tongue and the roughness reminded her of his other self.

Join us on Isola dei Sogni where fantasies can become reality and Raven McAllan treats us to an installment in this fun (hopefully long) series with sexy shifters and humans navigating the tenuous world of politics while falling in love and getting their smexyness on.